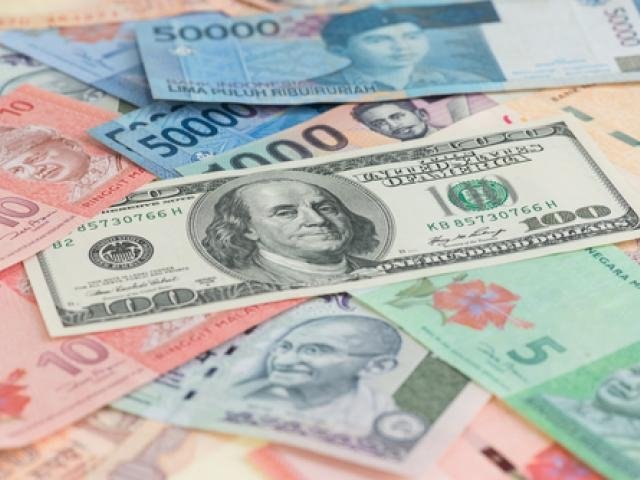 Most major emerging market currencies held steady against the Dollar as investors closely monitored high-level trade talks between the United States and China in Washington.

While a major breakthrough deal seems unlikely, any short-term agreements to extend the March 1 deadline will be a welcome development for financial markets. We see emerging market currencies and global equities pushing higher on such an outcome as risk sentiment receives a boost. A return of risk appetite will be bad news for the Dollar which already faces multiple headwinds in the form of a ‘patient’ Fed and disappointing economic data from the United States. The combination of Dollar weakness and a renewed hunger for riskier assets should make EM currencies one of the main talk points across financial markets in the upcoming trading week.

In China, the Yuan weakened from a three-week high against the Dollar as investors waited for the outcome of high-level trade talks in Washington. We see the Yuan appreciating and driving other emerging market currencies higher if trade talks are able to end on a positive note. Traders will continue to closely observe how the USDCNY behaves above 6.70. A breakdown and daily close below this level should inspire a decline towards 6.68.

It has been another unpredictable and volatile trading week for the British Pound thanks to political drama in the United Kingdom and Brexit noise.

Sterling’s valuation has been erratic due to the growing sensitivity towards Brexit-related headlines and news flows. With investors clearly pessimistic over Theresa May’s trip to Brussels concluding on a positive note, the Pound is likely to take a hit if she comes home empty-handed with no deal in place.

While the British Pound remains fundamentally bearish, there is still some light at the end of the tunnel for bulls. If the government ends up extending Article 50 in an effort to prevent a no deal outcome, this removes a major element of uncertainty over Brexit. However, a major risk accompanied by extending Article 50 is that the UK may be trapped in a Brexit limbo.

Focusing on the technicals, the GBPUSD staged an impressive rebound earlier in the week thanks to Brexit noise. Although the GBPUSD is currently trading around 1.3040 as of writing, bears can still make another return if prices sink back under the psychological 1.3000 level.

Gold tumbled from a 10-month low this week as investors engaged in a bout of profit-taking.

Regardless of recent losses, Gold bulls remain in control with a rebound expected as a ‘patient Fed’, global growth fears and geopolitical risk factors stimulate appetite for the safe-haven asset. In regards to the technical picture, Gold is heavily bullish on the daily charts as there have been consistently higher highs and higher lows. A breakout back above $1330 is seen opening the doors towards $1338. If $1330 proves to be a reliable resistance, Gold is likely to sink back towards $1310. 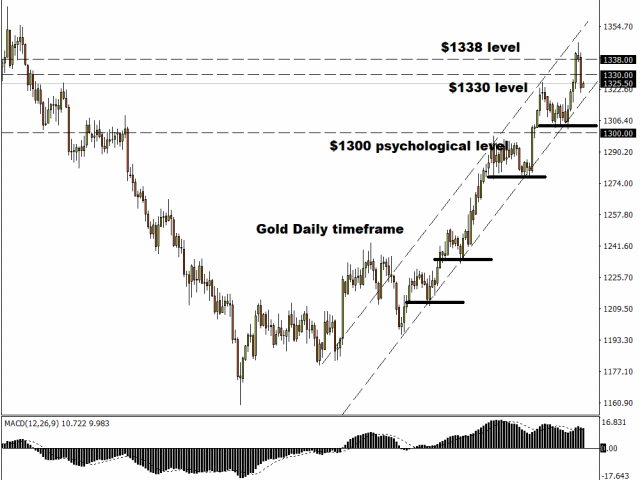