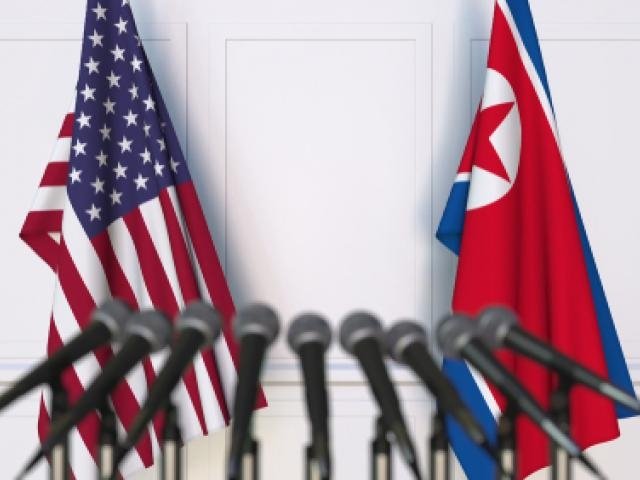 A negative vibe swept across financial markets this morning after the US-North Korea summit ended abruptly and with no agreement reached.

With US President Donald Trump stating that the US is unwilling to lift sanctions and North Korea “unprepared” to meet his demands, the chances of a breakthrough deal happening any time soon are unlikely. However, Trump and Kim walking away from the negotiating table doesn’t mean bilateral relations between the two have taken a turn for the worse. With the summit ending amicably, this could open the doors for further talks in the future.

The final trading week of February has been incredibly eventful as investors tussled with the various fundamental theme drivers impacting global equities and currency & commodity markets. Risk-on sentiment got a boost at the start of the week amid signs that a US-China trade deal is drawing closer and that UK Prime Minister Theresa May is stepping away from the 29 March hard deadline for Brexit. Meanwhile, Fed Chair Jerome Powell continues to reiterate the Fed’s “patience” policy mantra before Congress and markets.

Such developments have contributed to the Dollar’s return to the 96-mark after a rough and rocky ride so far in 2019, while the Pound reached its strongest level since July last year. Major stock indices around the world are seeing double-digit gains year-to-date. Gold is poised to end a run of four consecutive months of gains, coming off $1,340 - its highest level since April 2018.

However, with concerns over plateauing global growth among many other geopolitical risks straining investor confidence, it must be said that we’re not out of the woods just yet. Amid these developments, the fundamental questions remain; will the US and China strike a new trade deal that mutually appeases the world’s two largest economies? When will the UK divorce itself from the European Union, and how? Should there be a return on any of these fronts in the coming weeks, risk aversion will be seen returning with a vengeance.

Moving forward, investors’ risk appetite will continue to be tested as they also digest other risks, such as geopolitical tensions between India and Pakistan, China’s Manufacturing PMI contracting further in February and political uncertainty in Washington. Should these tail risks become more pronounced, this may add another layer of concern to the markets.

To be sure, it remains that the overall base case for 2019 revolves around limited gains for the Greenback, the Fed standing pat on US interest rates and moderating global economic growth. The Pound is expected to remain vulnerable to Brexit developments, while Asian currencies may be affected by China’s economic slowdown. Overall, investors may be rewarded if they adopt a “cautiously optimistic” approach in the near-term.

Will the course of US-China trade relations or the UK’s relationship with the EU be permanently altered in March 2019?

Brace yourselves for a potentially volatile month ahead.