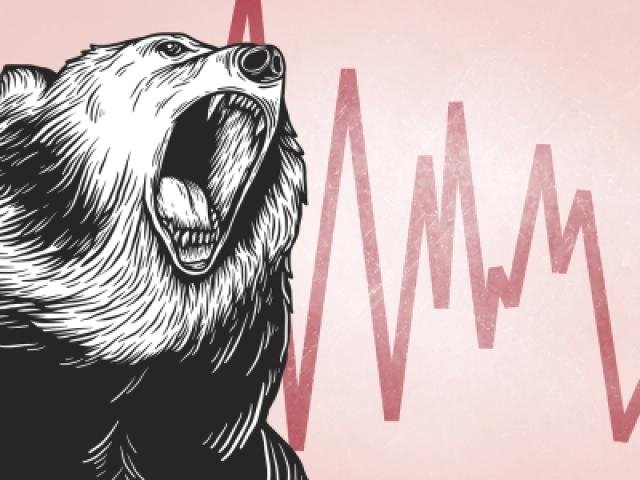 The selloff in US and European stock markets from Friday has spread across Asia at the start of the new trading week, as concerns over the health of the global economy heat up at a rapid pace.

Perhaps what is even more worrying for investor sentiment is that the US treasury yield curve has inverted for the first time since 2007. This development will psychologically encourage further anxiety and rocket fears that the global economy is heading for another downturn, if recent economic releases across the globe have not already provided indications that the downturn has arrived.

The heavy declines in global markets and inversion of the US Treasury Yield curve follow the fallout from a spectacular dovish-twist from the Federal Reserve after the conclusion of the latest monetary policy meeting on last Wednesday, where suspicions are now making waves that the strongest performing developed market might need to cut interest rates as early as 2020. This downbeat view overall represents a spectacular U-turn in market expectations and joins the coordinated chorus of multiple different respected institutions, senior officials and global central bankers that have repeatedly pointed out that the world growth outlook is deteriorating.

Keep an eye on Yen moves

The Japanese Yen has managed to jump against the US Dollar since global markets commenced their tailspin, but Yen demand has not yet reached fever pitch when you consider that the Japanese Nikkei 225 is down over 3% at time of writing.

I would closely monitor how investors digest the inversion of the US Treasury Yield Curve as trading for the new week gets underway, because market panic has repeatedly acted as a magnet for Yen buying in the past and further negative market movement will make the prospective of adding further Yen flows into an investor portfolio an interesting conversation.

King Dollar Remains on the Throne

Perhaps the only reason why Gold prices have not surged on market uncertainty is due to the steady valuation of the US Dollar. Previous economic downturns have encouraged consistent demand for the Greenback, and there is a balanced view that the Dollar will be able to maintain supreme on its throne if further economic releases this week strengthen the view that world economic momentum is decelerating at a faster pace than anticipated.

The US Dollar is justifying its current valuation given that the US economy remains in a far superior position when relative to its peers in the developed world. The Fed’s revised forecasts for 2.1 percent growth this year, and 1.9 percent for 2020, is a celebration when compared to what the EU will be able to offer the world economy.

The recent string of dire economic announcements that have come out of the Eurozone paint a picture of concern that the EU economy will be fortunate if it even manages to achieve growth of 1% this year.

When you combine the dynamics between economic growth projections worldwide and that the weightage of the Euro represents a large proportion of the Dollar Index, the Greenback should enter the second quarter of 2019 well-supported.

The DXY Index may also find a helping hand by expected volatility in the Pound this week, as UK lawmakers are poised to potentially vote on Theresa May’s Brexit deal for a third time. It’s hard to comprehend how exactly the UK Parliament will approve a deal that they’ve soundly rejected twice before. Speculation that some might be willing to support the deal if UK Prime Minister Theresa May agrees to step down adds in yet another cocktail of unpredictable risks for what could lie ahead for the British Pound.

Brussels has only allowed for the United Kingdom to receive a short extension on the request to delay the March 29 departure date from the European Union and it should be monitored whether the short extension on offer will be enough to sway voters in Westminster.

In the unexpected event that May’s Brexit deal gets the green light, this should send the GBPUSD back above the 1.33 handle as market confidence increases that the UK will be able to leave the European Union with a deal in hand.