Markets mixed because of holiday mood; Gold near 4-month low 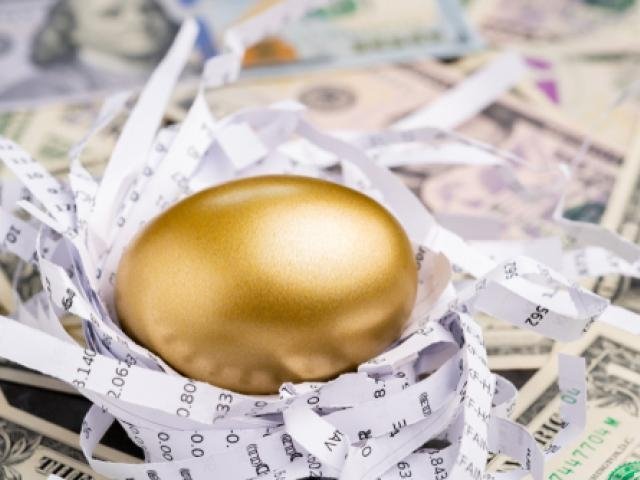 Global equity markets struggled for direction during Friday’s trading session as activity continued to decelerate ahead of the Easter Bank holiday weekend.

With the US, UK, Germany, and Singapore markets closed for Good Friday, liquidity is expected to be tepid for the extended weekend, even as some European markets remain closed on Easter Monday. Asian markets are only showing moderate gains amid thinner-than-usual trading volumes today.

It remains to be seen whether any of the US earnings announcements or US Q1 GDP in the week ahead could further excite markets and allow risk assets to build on gains already accumulated so far this year.

Are Dollar bulls back in town?

Ahead of its 3-day weekend, US stocks edged higher while the Dollar index  (DXY) rose above 97.4, after the March US retail sales data saw its steepest climb since September 2017. With jobless claims also dropping to its lowest in nearly five decades, the data shows that consumers in the States are certainly doing their part in growing the US economy.

The recent stream of better-than-expected data, including the surprise narrowing of the US trade deficit in February, have prompted upward revisions to US Q1 GDP forecasts, due a week from today. Further signs that the world’s largest economy is experiencing a cushioned slowdown, could help boost the Greenback, as economic conditions in other major developed countries remain fragile.

The Euro slumped by some 0.4 percent and continues to trade near its 1.12 support level against the US Dollar, after Germany’s manufacturing PMI contracted for 4 straight months in April. Thursday’s data announcement appears to justify the German government’s decision to slash its 2019 growth outlook by half to 0.5 percent earlier in the week.

The gloomy numbers out of the EU’s economic powerhouse ensures that the 1.14 level remains a tough resistance line for EURUSD. With the European Central Bank unable to move on interest rates and readying a fresh round of stimulus, markets will wonder if such measures will be enough to offset external headwinds for the Eurozone, including the potential threat of more US tariffs on EU exports.

Focusing on the technical picture, a solid daily close below the 1.12 support level is likely to encourage a decline back towards 1.11. 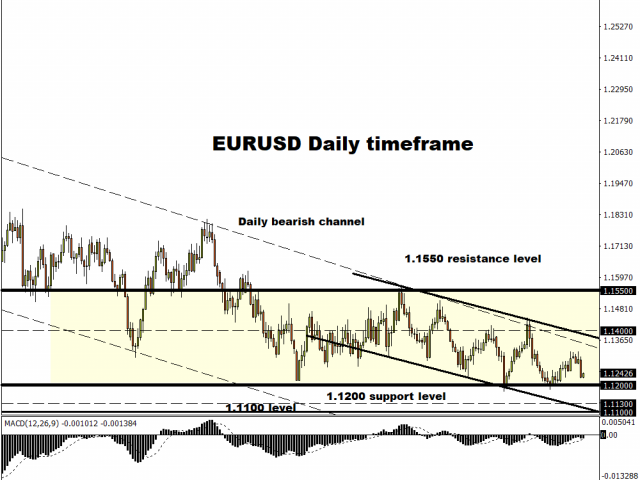 It has been an incredibly bearish trading week for Gold prices, with the metal posting a lower higher and lower low – officially ending its bullish trend, seen since Q4 2018.

Positive economic data from the United States and China are alleviating concerns over slowing global growth. More headlines about the US and China nearing a trade deal have also supported the risk-on sentiment that is weighing heavily on Gold.

Even though Gold’s year-to-date gains have now evaporated, having seen it's longest losing run since August, investor optimism may still turn on a dime should global economic conditions take a turn for the worse. Europe’s fragile economic conditions warrant close scrutiny, while the ramping up of global trade tensions may also significantly dampen market sentiment and increase demand for safe-haven assets.

Looking at the technical picture, Gold has turned bearish on the daily charts. A weekly close below the $1280 support level may open the doors towards $1260. 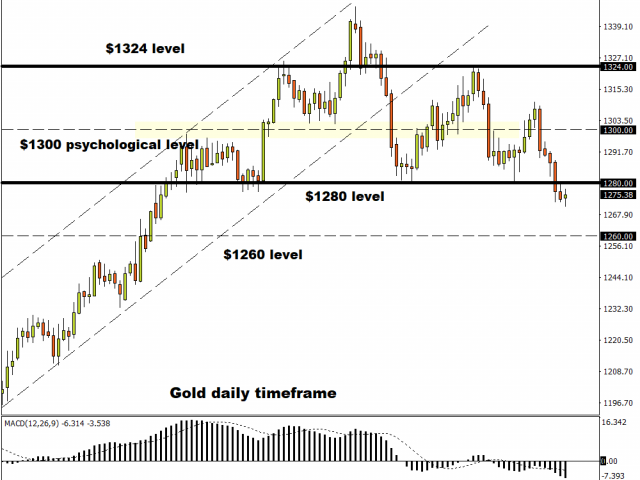 Oil’s 2019 rally stuttered this past week, as markets await fresh signals to post a new high for the year. Even after it was announced that US Crude inventories fell last week and American Oil rigs dialed back on exploration activity, WTI futures failed to breach the psychological $65/bbl.

China’s better-than-expected Q1 GDP growth also didn’t cause a significant jump in risk sentiment, while Germany’s contracting manufacturing conditions serves as a warning that global growth risks remain tilted to the downside. As such, key uncertainties remain in the demand outlook for Oil, which may threaten OPEC ’s campaign to rebalance the markets.