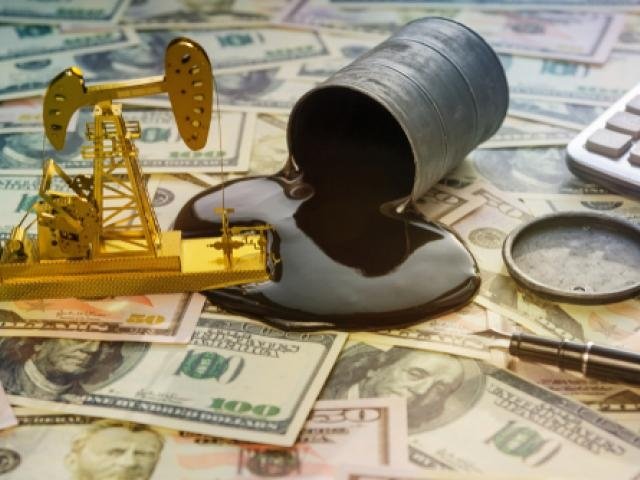 WTI Oil and Brent crude both soared to fresh 2019 highs on Monday following reports that the United States will soon end waivers granted to countries importing Oil from Iran.

The aggressive appreciation in oil prices has not only opened doors to further upside but confirmed how oil markets remain highly sensitive to fears of possible supply shocks. With OPEC led supply cuts, geopolitical tensions in Libya and possible sanctions on Venezuela adding to the checklist of themes tightening supply of oil in the markets, the near-term outlook points to further upside.

There is speculation over the Trump administration increasing the pressure on OPEC to boost production in an effort to cover up the deficit. However, it remains uncertain which OPEC and Non-OPEC countries will step forward to pumping more oil. Although Saudi Arabia says it stands ready to fill the supply gap left by Iran’s exports, more clarity is likely to be provided in June when OPEC and non-OPEC meet in Vienna.

Should OPEC decide to end their supply cut program going into the second half of the year, this could limit oil’s upside in the coming months. With many uncertainties still surrounding oil markets in the form of Donald Trump, lingering growth concerns and US-China trade developments, the longer-term outlook remains open to question.

In regards to the technical picture, WTI Crude is trading marginally above $65.70 as of writing. Persistent concerns over tight supply in the global oil markets may inspire bulls to challenge the $67.85 level in the medium term.

Dollar searches for next directional catalyst

The Dollar entered the week in a muted fashion as currency markets struggled to shake off the holiday hangover after an Easter weekend.

Although the greenback rallied last week after upbeat economic data soothed concerns over the health of the US economy, the Dollar Index still failed to break above 97.50. While an argument for Dollar to push higher revolves around the perception that the US economy is faring better than everyone else, a dovish Federal Reserve is likely to limit upside gains. A situation where global growth stabilizes over the medium term and trade tensions ease could encourage investors to seek riskier assets, which may end up weakening the US Dollar.

Gold has the potential to shine this week if the Dollar weakens and geopolitical risk factors rekindle risk aversion.

Geopolitical risks in the form of the United States restricting Iranian oil exports have the potential to stimulate appetite for safe-haven assets. Should the US Q1 GDP data on Friday print below market expectations, Gold bulls should receive enough inspiration to break above $1280 and $1300 respectively. However, the technical picture still remains bearish on the daily charts. Sustained weakness below $1280 will pave a way to further downside towards $1260 if bulls fail to make an appearance. 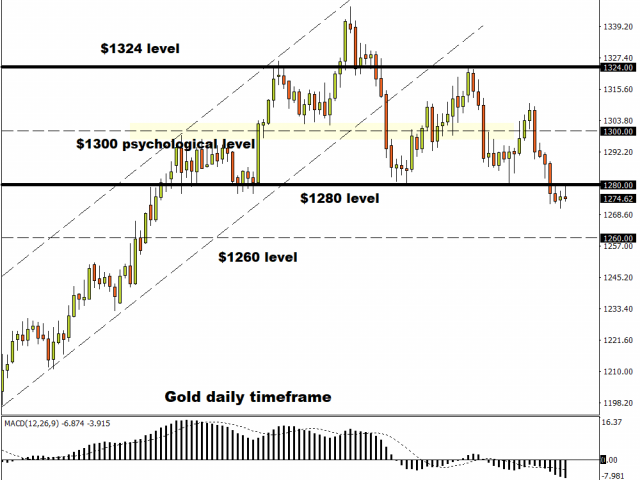