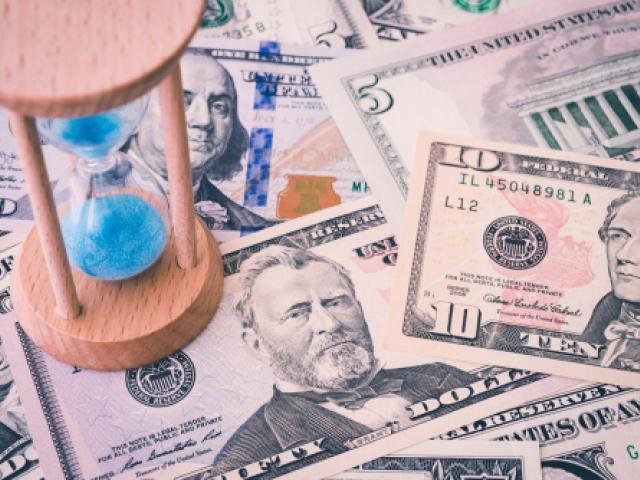 Dollar bulls were nowhere to be found today despite US GDP growth figures for the first quarter of 2019  exceeding market expectations last week.

The sources of the Dollar’s weakness could be caused by investors maintaining a defensive stance towards the currency ahead of the Fed meeting and US jobs report on Friday. Easing concerns over slowing global growth coupled with cautious optimism over US-China trade talks may also result in Dollar weakness, given how the currency remains a destination of safety in times of uncertainty. Dollar bears have the potential to re-enter the scene if the Federal Reserve sounds more dovish than expected and Friday’s jobs report fails to meet expectations. Focusing on the technical picture, the DXY has the potential to test 97.50 in the near term if 98.00 proves to be reliable resistance.

The Euro’s recent appreciation has little to do with an improved sentiment towards the European economy but Dollar weakness. With disappointing economic data from Germany last week fuelling concerns over the health of the Eurozone and the ECB seen maintaining a dovish stance, the Euro is fundamentally bearish. Investors will direct their attention towards the latest Spanish Flash GDP quarter-on-quarter and German Prelim CPI month-on-month. Further signs of slowing growth in the Eurozone area should inspire bears with enough inspiration to attack 1.110. Even if prices decide to push higher on Dollar weakness, there is a formidable resistance level around 1.130. 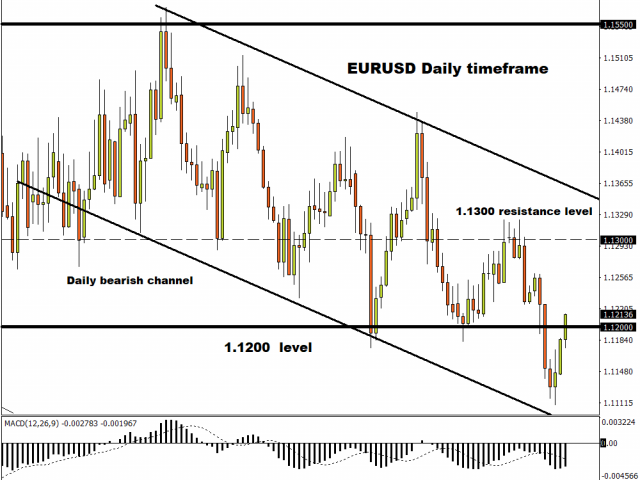 Rand steady ahead of Balance of trade data

The Rand held steady against the Dollar on Tuesday morning as investors prepare for South Africa’s latest balance of trade figures.

Buying sentiment towards the local currency is poised to receive a boost if the trade balance posts a surplus for the second consecutive month in March. The next key risk event for nation will be on Thursday when the ABSA Manufacturing PMI data will be released. While the Rand is likely to venture higher if the report exceeds market expectations, where the local currency concludes this week will be influenced by US-China trade talks, the Fed meeting and US jobs report on Friday. Focusing on the technical picture, the USDZAR is on standby on the daily charts with prices trading around 14.33 as of writing. A breakdown below 14.28 has the potential to encourage a move towards 14.20.

Gold bulls have marched into the trading week with a mission to keep prices above the $1280 support level.

There seems to be a fierce tug of war around this support level with a fresh directional catalyst needed for bulls or bears to reclaim the driving seat. With the Fed meeting, US-China trade talks and US jobs report all taking place this week, Gold could be instore for a rollercoaster ride.  In regards to the technical picture, prices are still bearish on the daily charts. However, bulls have the chance to seize back some control is a daily close above $1290 is achieved. 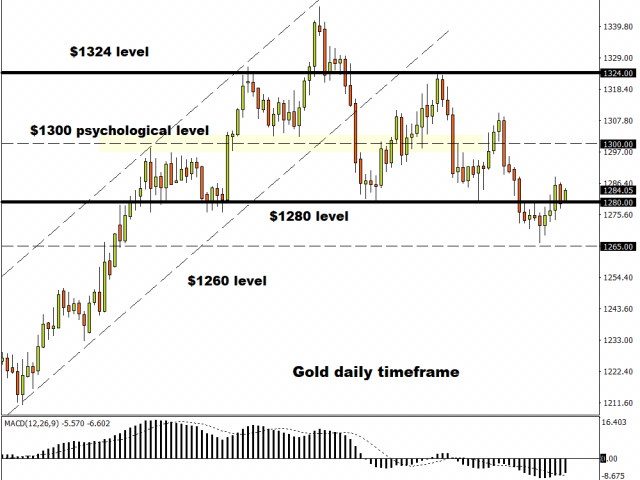