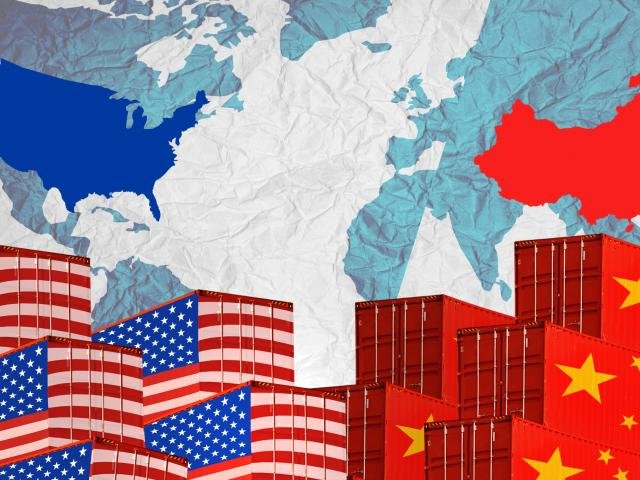 As the northern hemisphere heads into summer, the heat around global trade tensions is also on the rise.

Over the weekend, China issued a government policy paper outlining its official stance on US-China trade talks, while preparing to unveil its list of “unreliable” foreign companies. Meanwhile, Mexico has sent a delegation to the US to discuss immigration-related matters, a week before the US imposes a five percent tariff on goods imported from Mexico. President Trump has also removed a preferential status from India that allowed the Asian giant to ship some 2,000 of its good to the US duty-free.

Such an environment ensures that safe haven demand remains resilient, as investors tread very carefully amid delicate market conditions. Gold broke past the $1,309 handle after having surged by about 2.7 percent since Thursday, while the Japanese Yen is holding around its strongest level against the US Dollar since January, hovering around the lower-108 region at the time of writing. 10-year US Treasury yields have sunk below 2.13 percent to their lowest since September 2017.

With global equities having just posted its first monthly loss of 2019, putting more risk on the table doesn’t appear to be a viable option for investors at this point in time. Unless President Trump makes a sharp U-turn and starts caring more about the global economy over his campaign promises, markets will have to come to terms with an investment climate that’s dominated by trade-tensions and heightened insecurities.

The US Dollar index softened towards 97.75 at the time of writing, allowing G10 currencies to have some breathing space. The Greenback may ease further should the May US Manufacturing PMI due Monday come in below market expectations, as signs of a softer US economy are bound to intensify broader fears of the anticipated global economic slowdown for 2019.

Despite its recent relief against the Greenback, the Euro may come under renewed downward pressure should its economic data releases this week disappoint. This, in turn, should allow the European Central Bank to stick to its dovish stance at the June 6 meeting. The clouds over the Euro’s outlook will only grow heavier should the US-China dispute intensify, while Italy’s fiscal dispute with the EU administration threatens to erode investor sentiment surrounding the Eurozone.

Pound traders will be keeping a close eye on the hunt for a new UK Prime Minister, as Theresa May prepares to step down. Although the change at the top isn’t expected to be completed until end-July, Sterling may still react to the political jostling between the 13 PM candidates, as fears of a no-deal Brexit cast a long shadow over this leadership transition.

Chinese stocks began the new month on a positive note, as China’s May Caixin Manufacturing PMI secured a run of three consecutive months of expansion. Broader Asia is expected to continue relying on the Chinese economy, even as the region weathers the heightened uncertainties from prolonged US-led trade tensions around the world. Investors are mindful that Asian assets are very much exposed to global risk sentiment which could deteriorate further if the ongoing trade conflict between major economies takes another turn for the worse.