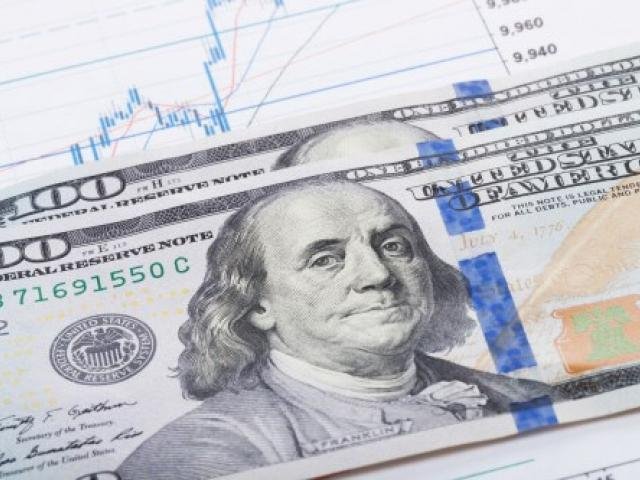 The US Dollar index (DXY) has rebounded slightly to trade around the 96.7 level at the time of writing, after the May US non-farm payrolls data came in far below market expectations, while a US-Mexico deal averted new US tariffs being imposed on Mexican imports on Friday.

Despite shedding over one percent so far this month, the DXY continues to demonstrate its resilience, appearing to take perceived disappointments in its stride. Several US economic indicators in the second quarter suggest that US economic growth momentum is waning, perhaps warranting a US interest cut by the Federal Reserve over the coming months. The US central bank may well intervene on its monetary policy settings to sustain growth in the world’s largest economy, which is on the cusp of its longest-ever expansion come July.

Even though ramped-up market bets for a Fed rate cut this year have created a somewhat Dollar-negative environment, those hoping for the DXY to capitulate may be left disappointed, given the relatively weak pushback from other G10 currencies. Economic woes continue to cloud the Euro’s outlook, while the Pound remains mired in the Brexit bog, implying that these major components in the Dollar index may only offer limited resistance. The Japanese Yen however could curtail the Dollar’s momentum, especially if trade tensions further intensify and pose a bigger threat to the global growth outlook, spurring investors to flock towards safe haven assets.

Brent futures continue rising above the $60/bbl support level, on course for three consecutive days of gains, after the Saudi Arabian Energy Minister expressed confidence that OPEC producers will prolong their output cuts programme through the second half of 2019.

With Oil prices recently flirting with a bear market, slowing global demand appears to be featuring prominently on the markets’ collective mind, as the fallout from heightened trade tensions continues to be felt in the global economy. The sustainability of Oil’s recent climb could be determined by the outlooks of several key industry bodies scheduled this week, whereby more downcast projections for global demand could prompt traders to continue chipping away at Oil’s 15 percent year-to-date gains.

Risk appetite clawing back on Monday

Risk-on mode appears to be seeping back into the markets on Monday, with most Asian stocks starting off the new week on a stronger note. Gold fell 0.9 percent and is now trading below the $1,330 handle while the Japanese Yen erased Friday’s gains to trade above the 108.4 mark against the Dollar at the time of writing.

Despite the disappointing US jobs data and the US-Mexico deal, Asian currencies however are mostly weaker given the Dollar’s rebound. Today’s price action once again highlights the narrative surrounding Asian currencies which remains a Dollar-driven story, even as regional economies contend with the headwinds felt from the heightened uncertainties surrounding the global growth outlook.

Further bouts of risk aversion sparked by another escalation in trade tensions, particularly betweeen the US and China, could undo recent gains for Asian currencies, while severely curtailing appetite for risky assets.