Confusion lingers over direction of trade talks ahead of G20 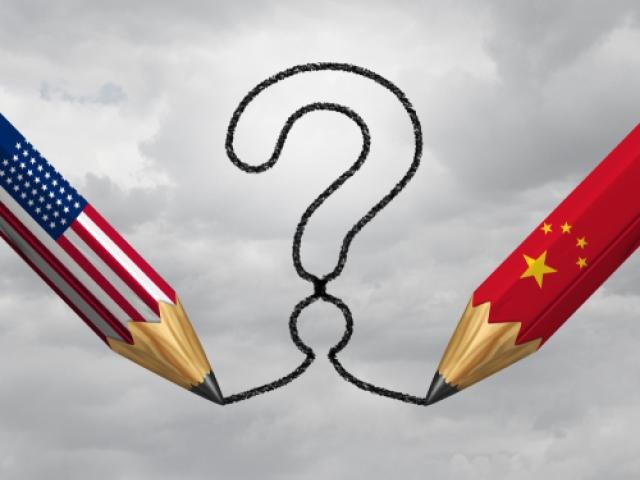 Conflicting signals over the direction of trade between the world’s two largest economies are set to disrupt and destabilize the positive mood across markets ahead of the G20 showdown.

The Trump administration wasted no time in adopting the good cop, bad cop strategy leading up to the trade talks. While US Treasury Secretary Steven Mnuchin said he is “hopeful” of a US-China trade deal, President Trump then cited the “Plan B” option, which could see more US tariffs being imposed on Chinese goods. Investors are likely to remain extremely wary and cautious leading up to this weekend’s meeting, for fear of being left empty-handed once again.

In a perfect world, the best-case scenario for financial markets would be for both sides to find common ground on trade and secure a breakthrough deal. However, we do not live in a perfect world as there are many times where investors’ hopes for a breakthrough trade deal were shattered. The fact that the United States and China have agreed to a tentative tariff truce ahead of the G20 meeting does suggest that there is still some light at the end of the trade war tunnel. A market-friendly outcome will be for both sides to display co-operation and a strong interest in further negotiations to ease trade tensions that have winded the global economy.

Given the unpredictability of President Donald Trump, it would be unwise to be unprepared for a possible scenario where talks descend into disagreements on trade. Such an outcome will most likely rattle financial markets as concerns over slowing global growth and sizzling trade tensions fuel risk aversion.

Dollar cautiously higher ahead of US GDP

King Dollar was thrown a lifeline earlier in the week after Fed Chair Jerome Powell cooled investor optimism around a potential US rate cut in July.

June was certainly a painful trading month for the Dollar, given how the currency has erased its 2019 gains on interest rate cut expectations. Where the Greenback trades as we enter the second half of 2019 will be influenced by US economic data, Fed monetary easing expectations and the direction of US-China trade talks.

Today, investors will direct their attention towards the final version of the US first quarter domestic gross product (GDP) which is projected to remain unchanged at 3.1%. While a report that matches expectations may support the Dollar, the currency is likely to be more concerned with the outcome of the G20 talks.

In regards to the technical picture, the Dollar Index (DXY) is trading marginally above 96.30 on the daily charts. The Greenback could experience a technical rebound towards 96.50 in the near term.

Gold prices struggled for direction on Thursday morning as Washington dished out mixed signals over the direction of trade talks with China ahead of the G20 summit.

Appetite towards the precious metal was dealt a blow earlier in the week after Fed officials toned down expectations over the Fed cutting interest rates next month. Although a stabilizing Dollar is also adding to the factors weighing on Gold, the precious metal remains resilient and well supported by core themes. For as long as concerns over slowing global growth, US interest rate cut expectations and trade tensions remain on investors’ radar, Gold is shielded from downside shocks.

In regards to the technical picture, the precious metal is bullish on the daily charts. Gold seems to be in the process of a technical correction towards $1390 which may become the new higher low. Should this point prove to be reliable support, Gold has the potential to rebound towards $1424. 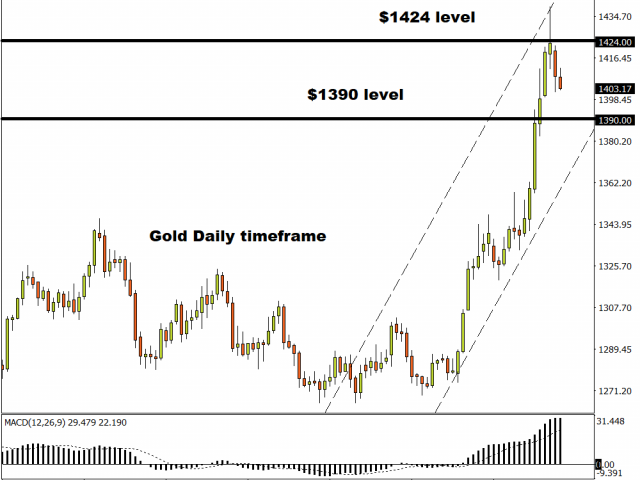