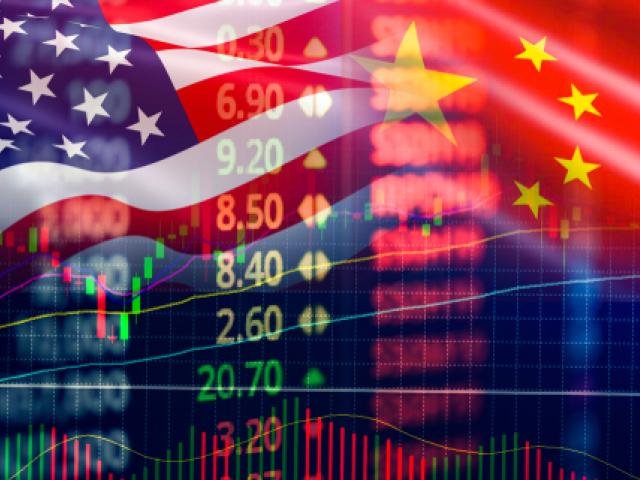 Asian stocks slipped as the G20 summit kicked off in Japan, bringing investors closer to the pivotal Trump-Xi meeting which should set the tone for US-China relations moving forward. The Dollar Index (DXY) remains steady, while the Japanese Yen and Gold are gaining at the time of writing, as markets continue playing it safe ahead of what could be a watershed event for global markets.

This weekend, markets will find out whether their hopes for a restoration in US-China trade talks will become reality, and whether the scope for further deterioration in bilateral relations would be significantly constrained. It remains to be seen whether the public displays of chest-thumping from both sides since May will eventually lead to handshakes and smiles on Saturday. Such a reconciliatory image out of the Trump-Xi meeting is expected to send relief signals coursing through the veins of the markets, potentially boosting global equities and emerging-market assets.

Still, the prudent investor would be well aware that the road ahead isn’t all plain sailing, given the tremendous gulf that still remains between both governments, with tit-for-tat tariffs still in place. As long as the prospects of more trade tariffs loom large over the horizon, risk aversion should continue having a major say on market sentiment.

The Dollar Index (DXY) is struggling to lift itself off the psychological 96 support level, as the Greenback remains doused by the Fed’s dovish stance. The final-read on Q1 US GDP reported lower-than-expected consumer spending growth during the quarter, which suggests that US economic growth momentum is waning. Given the moderating economic indicators in Q2, a period when US-China tensions intensified, the data seems to justify the Federal Reserve’s openness to lowering US interest rates.

The prospects of looser US monetary policy are exerting downward pressure on the Greenback, and the subdued DXY performance is expected to continue as long as the Fed’s easing bias remains evident. The headlines out of the Trump-Xi meeting may prove to be a major catalyst for the Dollar’s next move, with DXY potentially going on a tear if the door to a US-China trade deal is slammed shut this weekend.

GBPUSD is trading below the 1.27 level at the time of writing, after UK Prime Minister candidate, Boris Johnson, refused to rule out a no-deal Brexit. As long as a no-deal Brexit remains a possibility, that should keep the Pound below the psychological 1.30 mark against the US Dollar. Even though the UK leadership transition is set to be completed within the next month, Sterling is expected to remain exposed to political risks leading up to the October 31 Brexit deadline, as the UK continues to pursue its exit from the European Union.