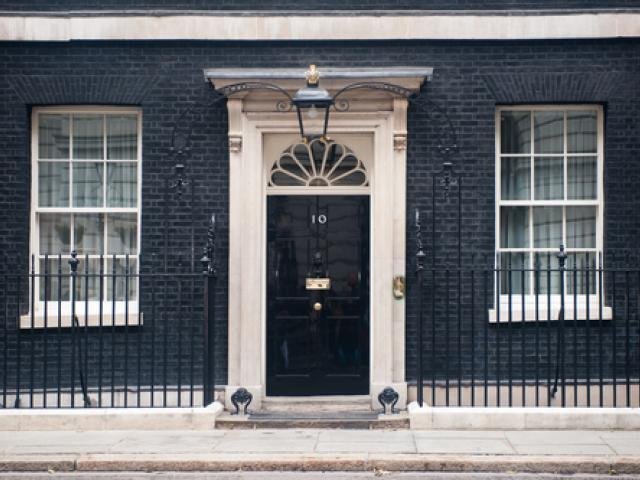 The ever-changing landscape of modern-day politics in the United Kingdom has taken yet another twist, following confirmation that Boris Johnson has been confirmed as the new UK Prime Minister.

When considering the high probability entering the leadership race a few weeks ago that Boris Johnson would be declared the undisputed victor, the results do not signal a whitewash victory but it is still a strong win for the new UK Prime Minister.

What does Boris Johnson’s election victory mean for Brexit?

Of course, the key question for investors now that it has been confirmed that Johnson has become the new UK Prime Minister is what exactly does this mean for Brexit?

The new Prime Minister is after all assuming the mantle of leadership at a time where there is no clear majority in Parliament, a fast-ticking clock to the October 31 Brexit deadline and a troubled Pound that has been left in limbo by Brexit confusion for the majority of time that has passed since the historic  2016 EU referendum.

Given how the new Prime Minister has repeatedly pledged to leave the European Union with or without a deal on October 31st, investors will be nervously observing if Johnson can “walk the walk” after “talking the talk” on securing Brexit.

Amid all the uncertainty and chaos swirling around Brexit, there are few things that are clear. But, one of them is that the European Union is highly unlikely to re-open talks on the Brexit withdrawal agreement - leaving Johnson’s options as highly restrictive.

Johnson certainly has a mammoth task ahead of the EU exit date as he inherits a Conservative party fractured by Brexit. With Chancellor Phillip Hammond intending to resign on Johnson becoming Prime Minister and Sir Alan Duncan already quitting as Foreign minister, this does not bode well for political certainty.

Make no mistake, Boris Johnson’s first speech as UK Prime Minister when entering 10 Downing Street for the first time on Wednesday is absolutely critical. Any comment that is made on Brexit will be like letting a pin drop in a silent space.

Should Johnson unexpectedly dial down on his Brexit “do or die” by October 31 rhetoric, the Pound will be launched a completely unexpected a lifeline as concerns over a no-deal Brexit recede. As unexpected as this might seem.

One thing that is clear is that the real action in the next feature film on Brexit is that this is just the beginning of a new era. Investors should fasten their seat belts and prepare for a turbulent ride in the months ahead for the British Pound as “Brexit season 4: Boris in Power” kicks off.

Sterling jumped towards 1.2480 against the Dollar before later surrendering most of the gains following news that Boris Johnson secured the title as new Prime Minister.

The Pound still remains one of the sick men in the G10 space as it has weakened against every single G10 currency this month. Where the British Pound concludes this week will be heavily influenced by how markets react to the new Prime Ministers speech to the nation on Wednesday.

Technical traders will continue to closely observe how the GBPUSD behaves around 1.2420. An intraday breakdown below this point may open a path towards 1.2400 and 1.2350 in the near term. 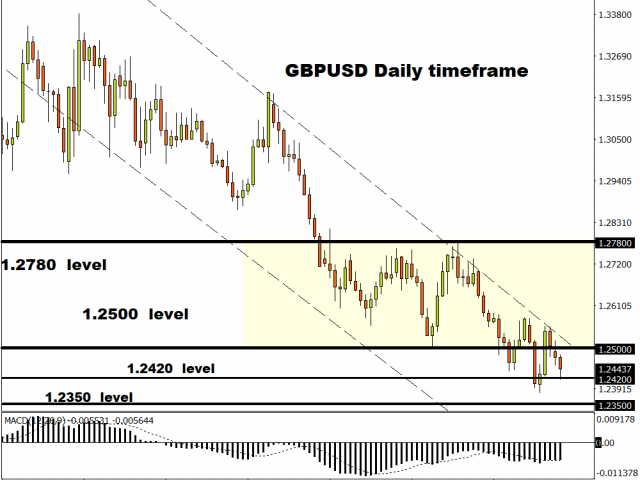