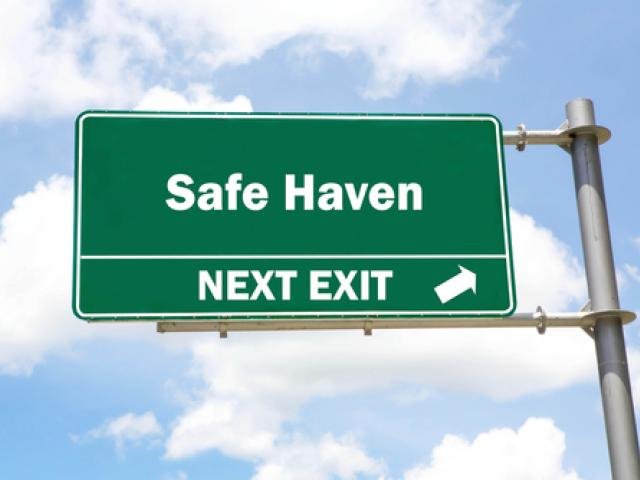 A wave of risk aversion is sweeping across financial markets this morning after US President Donald Trump announced a new round of tariff hikes on Chinese imports.

In an unexpected move that dealt a crippling blow to global sentiment, Trump said he would impose a 10% tariff on the remaining $300 billion of Chinese imports from September 1. With China already pledging countermeasures if the US implements the additional tariffs, things could get really messy   - something that will ultimately cripple risk sentiment even further.

Asian equities were painted red during early trading following Wall Street’s declines overnight. In Europe, shares are positioned to open lower as investors avoid riskier assets. The caution from Asian and European markets could find its way back into Wall Street this afternoon.

Investors who were looking for an opportunity to attack the Dollar were given the thumbs up yesterday after Trump said he would impose additional tariffs on China.

Trump’s decision has certainly placed the Federal Reserve in a tricky position and boosted expectations over another US rate cut this year. The Dollar is likely to extend losses against a basket of major currencies ahead of the US jobs report this afternoon. Given how future US rate cuts will be influenced by economic data, there will be a strong focus on this afternoon's jobs data.

This week has already offered some mixed data surrounding US employment. The July ADP employment data topped expectations by rising 156k while jobless claims rose by 8,000 to 215,000 in the seven days ending July 27.

Should the July NFP meet or exceed market forecasts, investors may re-evaluate whether the Fed will cut interest rates again. However, a disappointing report should strengthen the argument for lower rates in the United States – ultimately weakening the Dollar.

Pound diced and minced by no deal Brexit fears

Sterling has been diced and minced by rising fears over the United Kingdom crashing out of the European Union with no Brexit deal in place.

The thickening fog of uncertainty around Brexit has prevented the Bank of England from joining the global monetary easing train this month. Although the BoE has stated that “interest rates could move in either direction if there’s a no-deal Brexit”, the next move is veering towards an interest rate cut as Brexit fears shroud the UK economy. With domestic economic conditions likely to deteriorate further as uncertainty over Brexit intensifies, it is a question of when rather than if the BoE will cut interest rates in 2019.

The GBPUSD remains bearish on the weekly charts. With bears firmly fastened into the driving seat, the downside momentum has the potential to send prices towards 1.2000 in the short to medium term. 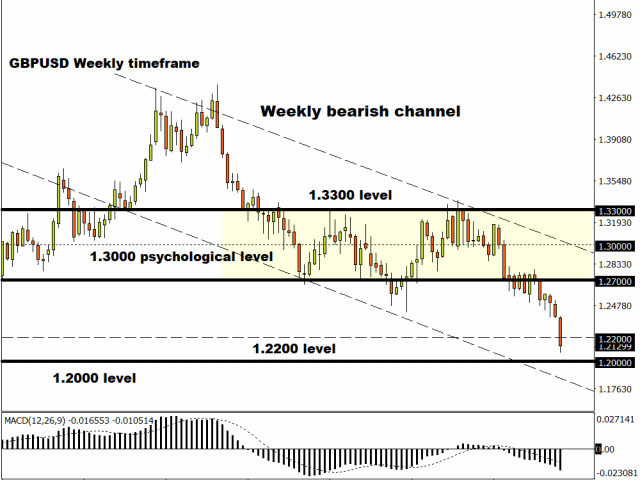 The precious metal has scope to push higher this afternoon if the pending US jobs report fails to meet market expectations. With concerns over slowing global growth, renewed US-China trade tensions and Brexit uncertainty accelerating the flight to safety, Gold is fundamentally bullish.

Focusing on the technical picture, an intraday breakout above $1445 could encourage a move higher towards $1450 and $1470, respectively. 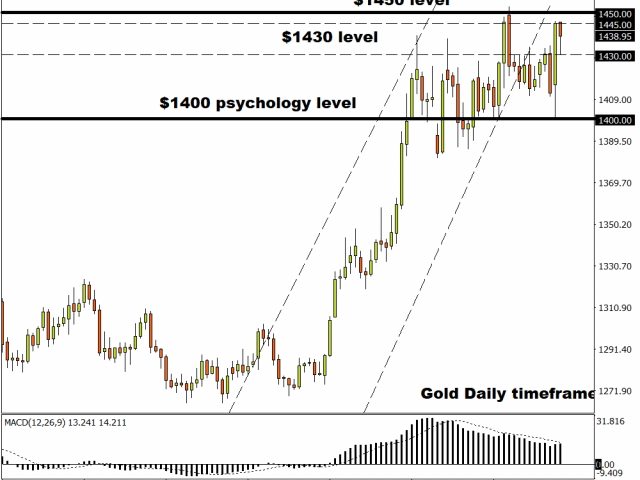