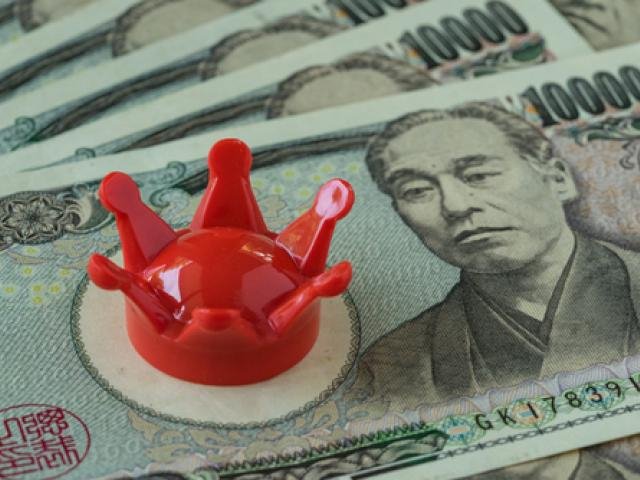 Risk aversion is dominating financial markets today after the Chinese Yuan weakened beyond the psychological 7.0 level for the first time since May 2008.

Focusing on the technical picture, the USDJPY is bearish on the weekly charts as there have been consistently lower lows and lower highs. An appreciating Yen has sent the USDJPY crashing towards levels not seen since January 2019 below 106.00. A solid weekly close below 106.00 is likely to encourage a decline towards 104.70. 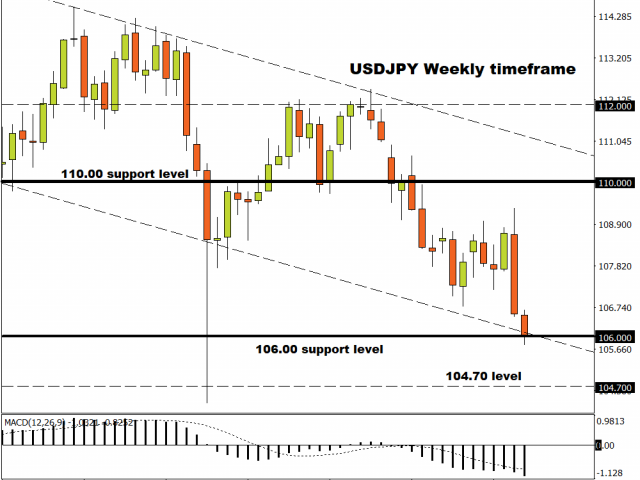 An appreciating Yen sent the EURJPY crashing to levels not seen since April 2017 below 118.00 on Monday morning.

Although prices later rebounded towards 118.64, the currency remains heavily bearish on the daily and weekly charts. Sustained weakness below the 119.00 level should inspire bears to attack 118.30 and 117.50. Should 119.00 prove to be unreliable resistance, the EURJPY could push back towards 120.50. 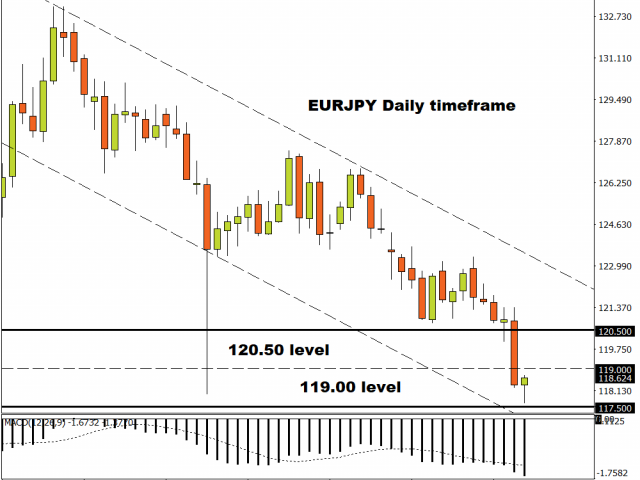 Sterling has weakened roughly 3% against the Japanese Yen since last week Monday thanks to trade tensions, global growth fears and Brexit related uncertainty.

The GBPJPY is incredibly bearish on the weekly charts and is positioned to drop further if 128.00 gives way. Technical traders will be looking for a solid daily close below 128.00 which could open a path towards 126.00. 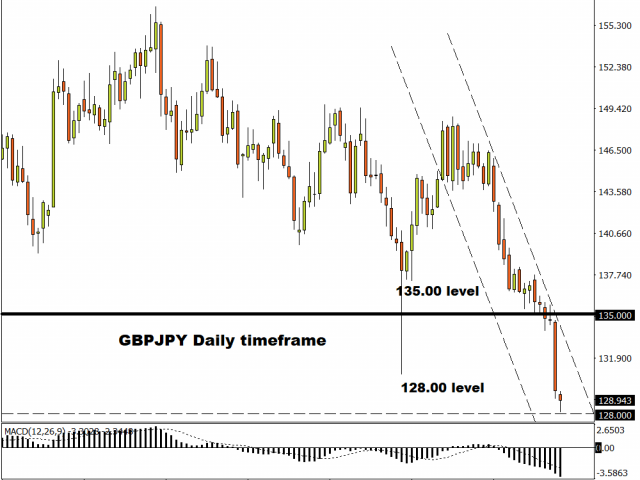 There was no place like Gold today as Yuan weakness fuelled concerns over US-China trade tensions reaching new heights.

The precious metal has blasted to a fresh 6 year high above $1460 and is likely to extend gains as trade uncertainty accelerates the flight to safety. Given how Gold remains technical and fundamentally bullish, the path of least resistance for the precious metal points north. A solid daily close above $1460, may open the doors towards $1485 and $1500, respectively. 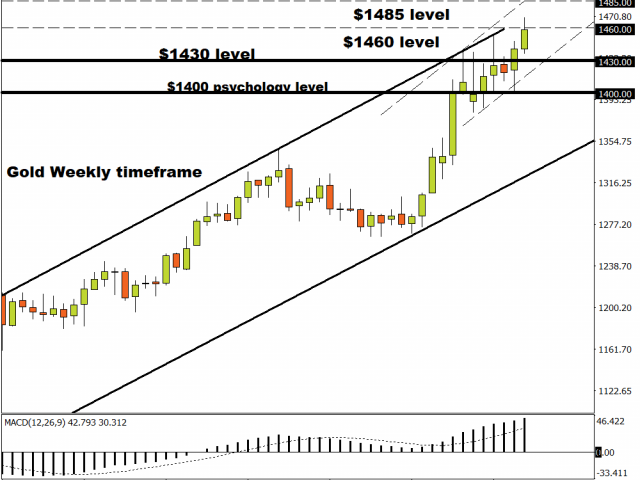