Will money printing machines get back to work? 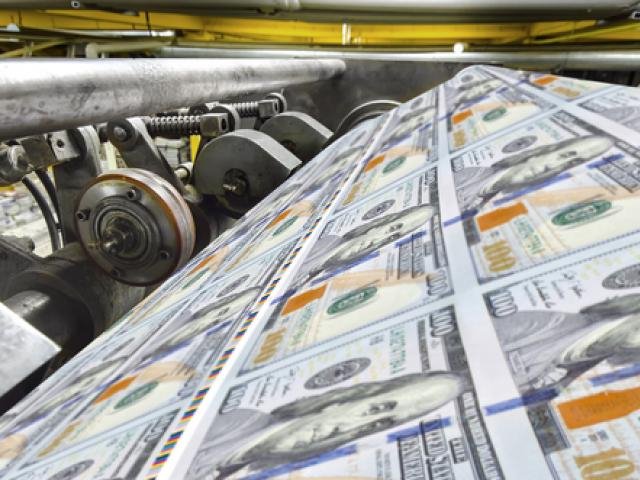 Equity markets in Asia kicked off the week in green territory as US bond yields edged higher following a positive close to Wall Street on Friday. The rally in global stocks comes despite the fear of an economic slowdown and increasing risk of recession after the US 2-10 yield curve inverted for the first time since 2007.

With sentiment deteriorating, volatility soaring, and investors operating in an environment where global growth has been severely hit by the trade war, it’s time for central bankers to get the money printing machines back to work.

Investors are counting on central banks to save the global economy and equity markets from further turbulence. Traditionally, monetary policymakers respond to economic weakness by cutting interest rates, but given the low bar they can start from, a fresh round of quantitative easing may come into play.

This week, minutes from the latest policy meetings at the Federal Reserve, European Central Bank, and Reserve Bank of Australia will all provide an update on where central banks stand. However, Thursday’s annual meeting at Wyoming where leaders from major central banks gather is what matters the most to investors.

The key questions are can central banks still prevent us from the next downturn? Will they save the bull market? And what tools are they going to use?

Of course, monetary policy isn’t the cure to all problems. They cannot put an end to trade disputes, Brexit, or Hong Kong’s dilemma. All they can do is deliver the forward guidance markets want to hear.

If central banks prove they’re ready to act by delivering interest rate cuts and new quantitative easing programs, expect equity markets to resume their rally after their recent plunge. Otherwise, expect more money to pour into Gold, and other safe havens such as the Japanese Yen and Swiss Franc.