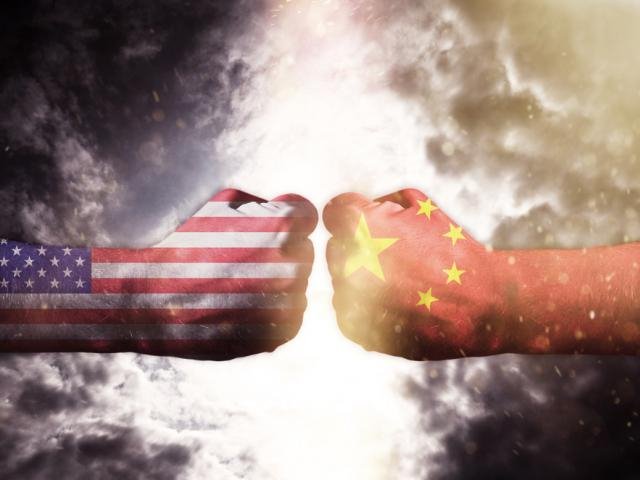 Last Friday was supposed to be all about monetary policy when leaders of major central banks gathered for the Fed’s annual policy symposium in Jackson Hole. Instead, the spotlight shifted to the US-China trade war as both hit each other with new tariffs.

The response came fast from President Trump who tweeted after the market closed that tariffs on $250 billion of Chinese goods will increase to 30% from 25%, while the remaining $300 billion will be taxed at 15% instead of 10%.

The reaction from the financial markets was a steep selloff in equities with S&P 500 shedding 2.6% as investors flew to the safety of Treasury Bonds. The VIX index which often reflects fear in the market soared 20% to trade above 20. Gold also benefited from the escalated tensions hitting a new 6-year high and seems to be heading towards $1,600. Futures are pointing towards a lower open for US stocks today with Asian markets trading deeply in red.

Despite President Trump’s tweets reflecting positive discussions between the two countries, actions show the opposite. It now seems to many market participants that negotiations may get out of control, and likely lead to steeper selloff in risk assets. We’ve already seen the damage this trade war has done to the global economy. Manufacturing PMIs across the world are moving deeper into contractionary territory, including the US which fell below 50 for the first time since September 2009. Europe’s largest economy, Germany, has already contracted in the second quarter of this year, and will most likely fall into a technical recession. UK’s Brexit, Hong Kong’s protests, Italy’s political mess, and geopolitical tensions in the Middle East - while all being political - will probably lead to significant economic burden. Many economists may argue that the recent inversion in the US yield curve is no longer a good indication of an upcoming recession, however, hard data going forward may begin signaling one.

After growing in double digits in 2018, capital spending targets for US corporates are expected to shrink to 3% according to S&P global. US equities which have been heavily reliant on corporate stocks buybacks may not find the same support as in the previous years. Fear of slowdown is leading many CFO’s to rethink their plans of share buybacks. This has already been evident in Q2 as share buybacks fell 12.6% compared to the same period last year.

While monetary policies across the globe are likely to ease further, on their own, it may not be enough to support risk taking. RBA’s Governor Philip Lowe said at Jackson Hole’s closing note that central bankers have limited ability to cushion the global economy from the headwinds of political uncertainty. Unless we see true signs of resolution in trade, expect a further drop in US and global equities.