Pound roars back to life as Johnson loses control of Brexit 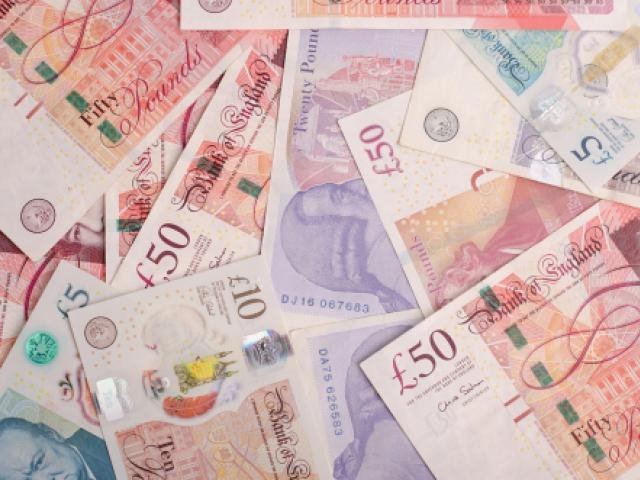 The dramatic Brexit showdown in Parliament is certainly keeping investors on their toes and injecting Sterling with explosive levels of volatility.

It seems everyone wants a piece of the British Pound after a series of parliamentary votes sabotaged UK Prime Minister Boris Johnson’s attempt to push through a no-deal Brexit on October 31. The currency blasted above $1.23 against the Dollar on Thursday and is set to push higher as Johnson’s triple Commons defeat soothes some fears over Britain crashing out of the EU with no deal in place. However, the upside is poised to face numerous obstacles down the road, especially if a snap election takes place in the next few weeks which could result in Johnson gaining a larger majority.

Given how the Pound remains extremely sensitive to political and Brexit developments, more action will be on the cards this afternoon as Johnson will “speak directly to the public, setting out the vital choices that faces our country”, as said by a Number 10 spokesman.

Another critical part of the intricate Brexit equation will be how the European Union responds to another Brexit delay. EU officials have stated that the latest Brexit negotiations are going nowhere as the UK has not yet presented any “concrete proposal” to replace the Irish backstop. If Brussels simply refuses Johnson’s request for a third extension to Britain’s EU membership, fears of a no-deal Brexit will return with a vengeance, ultimately punishing Sterling.

Taking a look at the technical picture, the Pound is regaining its confidence against the Dollar and other G10 currencies on Thursday. The GBPUSD is staging an incredible rebound on the daily charts with prices trading around 1.2330 as of writing. 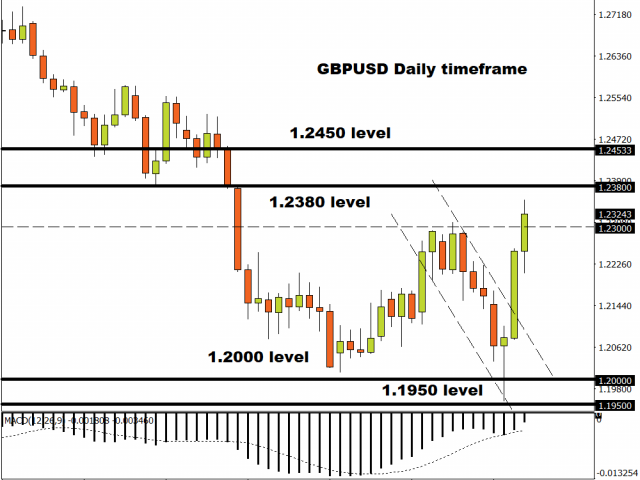