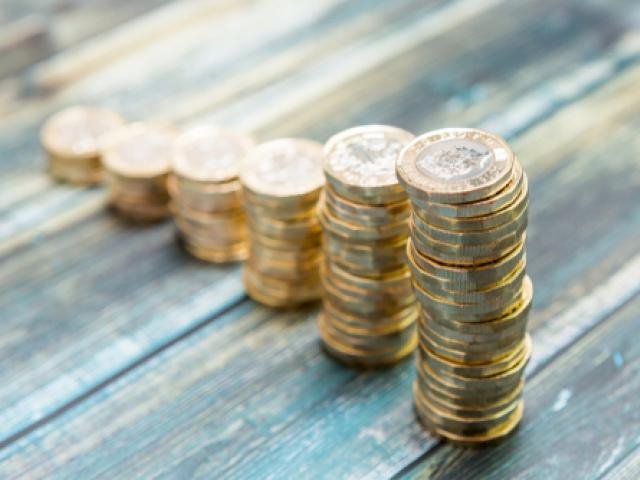 It has not been a bad start to the trading week for Sterling which is standing tall against every single G10 currency as of writing.

Mildly encouraging remarks from Boris Johnson on Brexit coupled with surprisingly strong economic data from the United Kingdom have sent the GBPUSD rallying over 100 pips. Easing fears over Britain heading for a recession after economic output in July jumped 0.3% should support Pound bulls in the near term. While rising speculation around Brexit being delayed to January 2020 will most likely boost buying sentiment, the road ahead for the Pound is still filled with many obstacles and potholes.

Where the Pound concludes this week will be heavily influenced by what happens later today in Parliament. The government is set to ask MPs to agree to a snap election for a second time this month. A government defeat should result in the Pound riding higher as no-deal Brexit recede further.

Looking at the technical picture, the GBPUSD is bullish on the hourly timeframe. A solid close above 1.2350 may open the doors towards 1.2400. Should 1.2350 prove to be an unreliable support, the next key level of interest will be found at 1.2315. 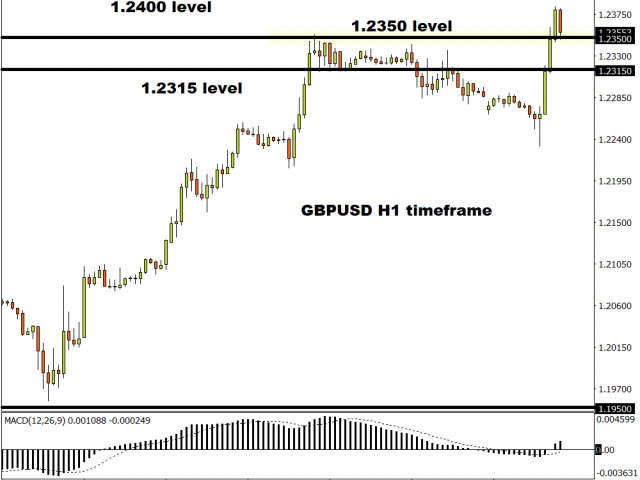 The Dollar is struggling to shake-off the pounding hangover from last Friday’s disappointing US jobs data.

Market expectations for deeper US rate cuts beyond September are on the rise after the US economy added only 130k jobs in August. Further signs of cracks in the largest economy in the world should translate to Dollar weakness as investors start to question its safe-haven status.

Buying sentiment towards the Dollar should remain muted in the near term based on growth concerns and rate cut bets. The Dollar Index is under pressure on the daily charts with prices trading around 98.20 as of writing. A breakdown below 98.00 may open the gates towards 97.50 in the near term. 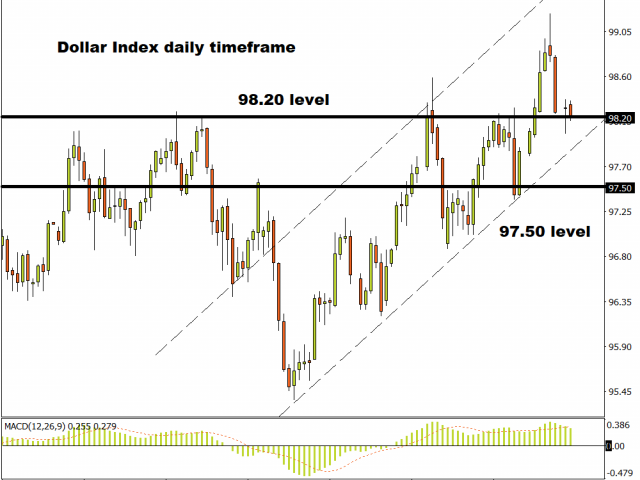 Euro steady ahead of ECB meeting…

The major event risk for the Euro this week will be the European Central bank meeting on Thursday which is expected to conclude with not only a rate cut but also a renewed Quantitative Easing program.

It remains uncertain how the Euro will react to monetary policy easing and whether this move by the European Central bank will ease concerns over the health of Eurozone's economy.

Nevertheless, the EURUSD remains bearish on the weekly charts as there have been consistently lower lows and lower highs. A solid weekly close below 1.1000 may trigger a decline back towards 1.0900. 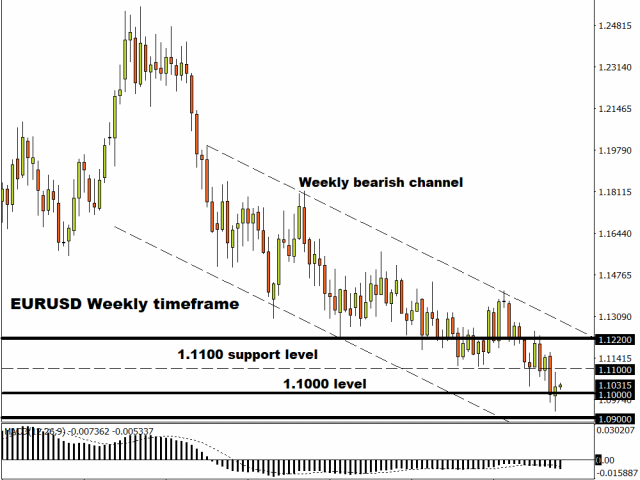 Gold bulls are finding support from a softer US Dollar and rising speculation over the Fed cutting interest rates beyond September.

Although a renewed sense of optimism over US-China trade talks could dampen appetite for safe-haven assets including Gold, the zero yielding metal remains shielding from downside shocks. For as long as global growth concerns and central banks across the world continue joining the global easing train, Gold bulls will remain in the driving seat.

Taking a look at the technical picture, a breakdown below $1500 should encourage a decline towards $1485. Should $1500 prove to be a reliable support, prices are seen pushing back towards $1525. 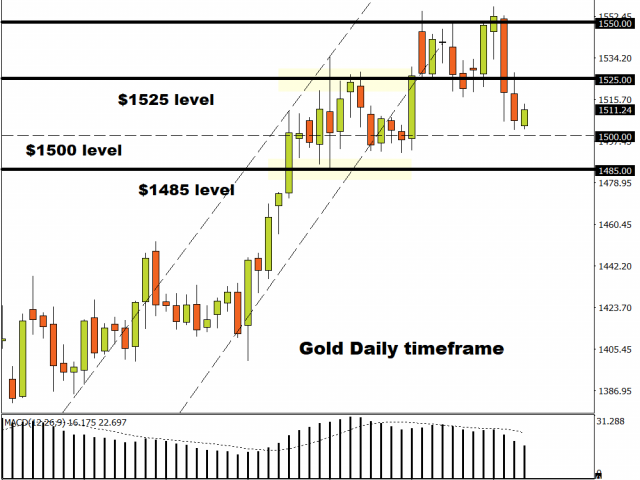