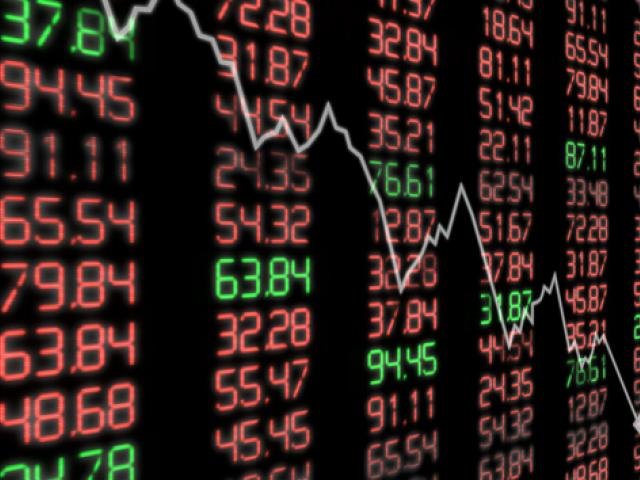 Rising political risk in the United States has joined the growing list of negative themes weighing heavily on global sentiment.

In a dramatic development overnight, US lawmakers have called for an impeachment inquiry against US President Donald Trump. Given how this increases the prospect of heightened political uncertainty in the world’s largest economy and compounds the list of geopolitical factors, risk assets and global equities in particular remain in the firing line. The negative mood lingering across markets is also being fueled by renewed US-China trade uncertainty after Trump criticized China’s trade practices in a United Nation’s speech. Fresh signs of escalating trade tensions between the world’s two largest economies will be negative for market sentiment as investors fret over slowing world growth.

Asian markets slipped on Wednesday morning as US political uncertainty and trade concerns drained investor confidence. The growing caution and absence of risk appetite could find its way into European markets later this morning.

What next in the Brexit saga?

Pound bulls experienced a sugar rush on Tuesday after the Supreme Court ruled Boris Johnson’s suspension of Parliament ‘unlawful, void and to no effect’.

However, gains were later surrendered as investors refocused on the bigger picture and what it meant for Brexit. Given how the prime minister said he disagreed with the Supreme Court ruling and vowed that Britain would leave the EU by the 31 October deadline, nothing has changed in this complicated Brexit equation. Opposition leaders are already calling for Boris Johnson to resign which will add to the political uncertainty as the clock ticks down. Investors should fasten their seat belts and prepare for more drama and action in the Brexit saga as Parliament reconvenes on Wednesday.

There are so many questions drifting in the air over what to expect in the coming weeks and this compounds the overall uncertainty. Will Johnson be able to strike a deal in Brussels on October 17-18? Will he be forced to seek an extension to Article 50? Will there be a general election? Does the prime minister have a plan B?

The British Pound could transform into a fierce battleground for bulls and bears due to its sensitivity to Brexit developments.

Looking at the technical picture, prices still remain in a downtrend on the weekly charts. However, a solid weekly close above 1.2500 should open the doors towards 1.2700. 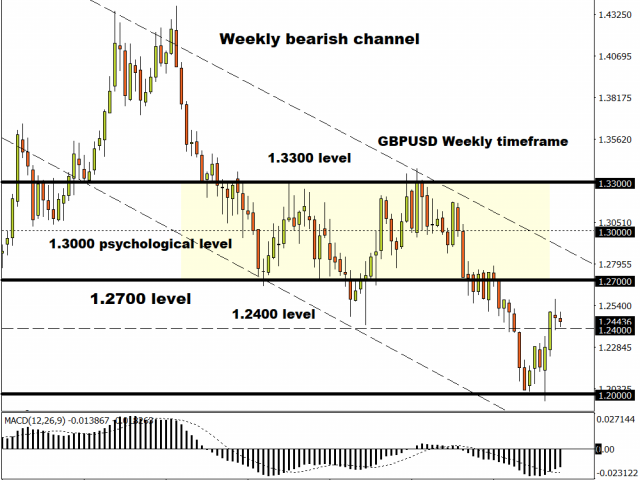 Egypt's benchmark EGX30 index fell over 4% on Tuesday as protests in Cairo and other cities over the weekend sparked risk aversion consequently dampening appetite for riskier assets.

While concerns over further escalation may drag the index lower, losses could be cushioned by Egypt’s improving macro-economic conditions. The nation expanded by 5.3% in 2018 which was its highest rate of growth in 10 years while inflation is at its lowest level in six years at 7.5%. Overall sentiment towards the economy has the potential to improve if the Central Bank of Egypt cuts its key interest rates on Thursday in an effort to stimulate growth.