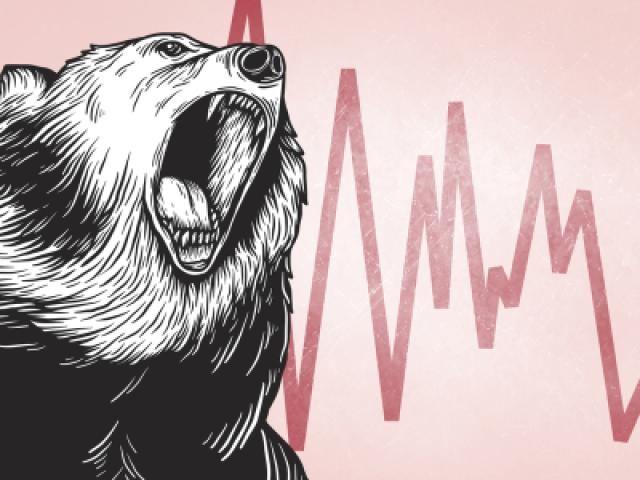 Global equity markets fell sharply on Wednesday with the Dow Jones Industrial Average declining 494 points bringing its two-day decline to more than 800 points. On the other side of the Atlantic, the UK’s FTSE 100 fell 3.2%, making it the steepest one-day decline since January 2016. Meanwhile, the Nikkei 225 in Japan and ASX in Australia both dropped more than 2% today.

Traders driven by quantitative strategies are also seeing an ugly picture with all US three major indices falling below their 50 and 100-day moving averages, which is usually interpreted as a negative indicator going forward.

Bonds have been in strong demand so fixed-income investors, who have spent almost one-year accumulating positions in their portfolios, have been waiting for this moment, although as usual, the sell-off in stocks has been later than anticipated.

The selloff kicked off on Tuesday after US ISM Manufacturing PMI showed activity fell to the lowest level in a decade. It then accelerated after the ADP jobs report indicated that the pace of hiring is slowing.  Reports that the US will open a new front in its trade war with Europe after WTO ruling also rubbed salt into the wound. While it’s too early to conclude that last year’s fourth quarter turmoil which led to a 19% decline in the S&P 500 will repeat itself, the list of risks continues to grow.

Trump blames the Fed and Democrats

President Trump was fast to blame the Fed Chair Jerome Powell on falling manufacturing activity, calling the Fed “pathetic”. A day later he accused the Democrats impeachment inquiry of being responsible for the market sell-off.  For Trump, he always associates the rise in equity markets with his policies, but never the losses.

In behavioral finance, that’s what we call Self-Attribution bias. This bias refers to an individuals’ tendency to attribute successes to personal skills and failures to factors beyond their control. While it’s true that US equities have benefited mostly from tax reforms over the past two years, “thanks to President Trump”, it's now not the impeachment inquiry nor the Fed driving equities lower, but the trade war which has been driven by President Trump himself.

That’s why next week’s US-China trade talks will be of extreme importance to financial markets. A resolution or interim deal is needed to prevent further turmoil.

Before the Sino-American trade talks resume, investors will be cautiously monitoring upcoming US data. The key economic figures to look at are today’s ISM non-manufacturing number and tomorrow’s non-farm payrolls. If the contraction in manufacturing activity translates to weakness in the far larger services sector, then it’s time to get seriously worried. As we know the main driver of the American economy is its consumer, and two-thirds of consumer spending is on services, such as housing and healthcare. Any cracks in that sector suggest the US economy is getting closer to falling into recession.