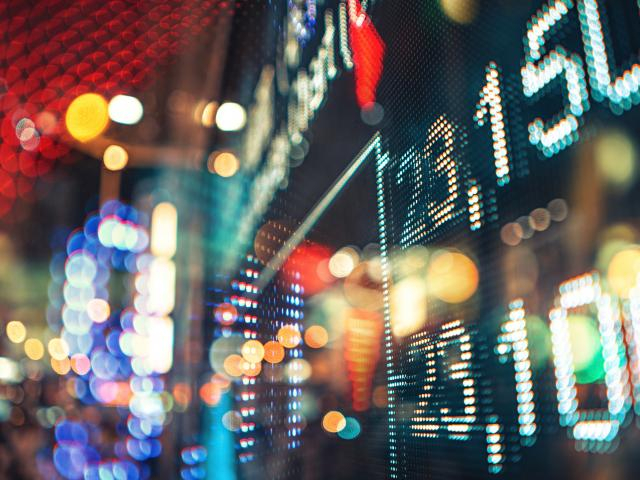 Most Asian stocks are following their US counterparts higher, after strong earnings reports out of US banks gave equities another reason to climb higher, after the risk-on momentum from the US-China trade truce faded. Gains in riskier assets are coming at the expense of safe havens, with Gold now trading below $1485, 10-year US Treasury yields surging past 1.77 percent before easing, while USDJPY touched the 108.86, its strongest level since the start of August.

Even with the gains in equities, some measure of caution is still warranted, as investors cannot rule out a sudden spike in US-China trade tensions or Brexit risks. While riskier assets are enjoying their time in the sun, they could see a rapid unwinding if any of these risks return to the fore.

The Pound grazed the 1.28 mark against the US Dollar for the first time since May before moderating, as investors hold out hope that a Brexit deal can be secured with the EU in a matter of days. Sterling has strengthened against all G10 and Asian currencies so far this week.

Should the Brexit deal be approved at the upcoming EU leaders’ summit, that could prompt GBPUSD to claim more upside towards 1.30. The Brexit deal however, is expected to face a sterner political test in Westminster, where previous versions of a deal have failed. Should this Brexit deal fall short in overcoming any of its political hurdles this week, Sterling could then quickly tumble towards 1.22.

UK Prime Minister Boris Johnson may then be forced to ask for a Brexit extension, and in so doing, merely kick the Brexit can down the road once more and string the Pound along its volatile path for longer.

With the Dollar Index (DXY) now trading around the lower 98 levels, DXY’s next move could be triggered by the upcoming September US retail sales data. Investors have been relying on US consumers to keep the momentum in growth intact, seeing as the US manufacturing sector has been feeling the strains from global trade tensions.

Should the retail sales print come in below market forecasts of 0.3 percent, that could prompt some softness in the Greenback as markets ramp up expectations for more Fed policy easing in 2019. At the time of writing, the Fed funds futures point to a 72.9 percent chance of a 25-basis point cut at the end of this month, followed by a 55.4 percent chance of the Fed leaving its benchmark interest rates unchanged in December.

The Dollar could moderate further if the risk-on mode is sustained following a “limited” US-China trade deal. US President Donald Trump may be forced to dilute his hardline stance in order to seal more policy wins in the lead up to the 2020 Presidential elections. Such a scenario could erode support for the Greenback, as global economic conditions and risk appetite draw relief from easing trade tensions.