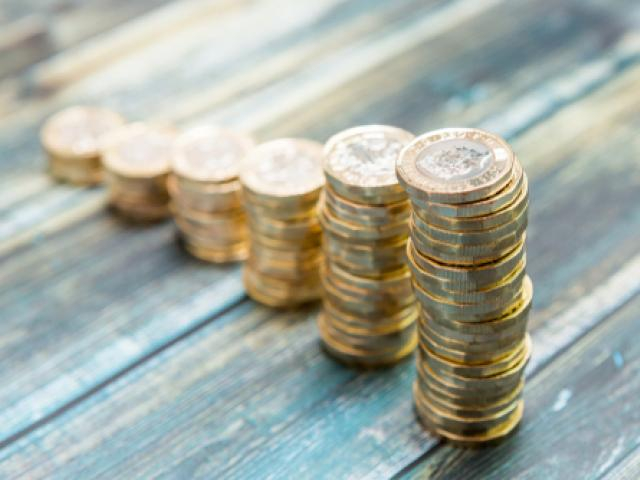 The British Pound was in high demand on Monday despite UK lawmakers delaying a crucial Brexit vote over the weekend.

Markets were pricing in the best-case scenario in terms of a Brexit deal being passed this week despite the setback on Saturday. However, Speaker John Bercow quashed these hopes after blocking Boris Johnson’s bid to hold a second Brexit vote on Monday afternoon. Although the Prime Minister has already requested another extension to the deadline which effectively reduces the odds of a no-deal Brexit, investors need to remain cautious given the uncertain nature of Brexit.

Buying sentiment towards Sterling remains robust despite the current developments and this continues to be reflected in the GBPUSD which has punched above a 5-month high at 1.30. The British Pound has appreciated against every single G10 currency today amid the Brexit optimism and should remain supported for the rest of the week as no-deal Brexit fears evaporate.

In regards to the technical picture, the GBPUSD broken above the bearish channel on the weekly timeframe. A solid daily close above 1.30 should inspire a move towards 1.316 in the medium term. Should 1.30 prove to be a stubborn resistance level, I see Sterling declining back towards 1.2700. 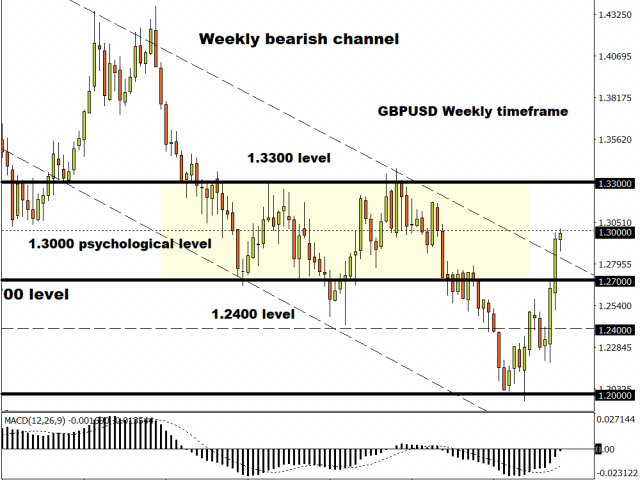 Gold enters the week on a lacklustre note

There was little action in the Gold markets today due to the absence of a fresh directional catalyst.

The precious metal is waiting for the next big theme or risk event that will impact global sentiment and risk appetite. Until something new is brought into the picture, Gold is set to trade within a modest range in the short to medium term.

Looking at the technical, there is something special about the psychological $1500 level. Sustained weakness below this point should inspire a decline towards $1470. Alternatively, a solid breakout above $1500 will most likely in inject bulls with enough confidence to march towards $1515 and $1525, respectively. 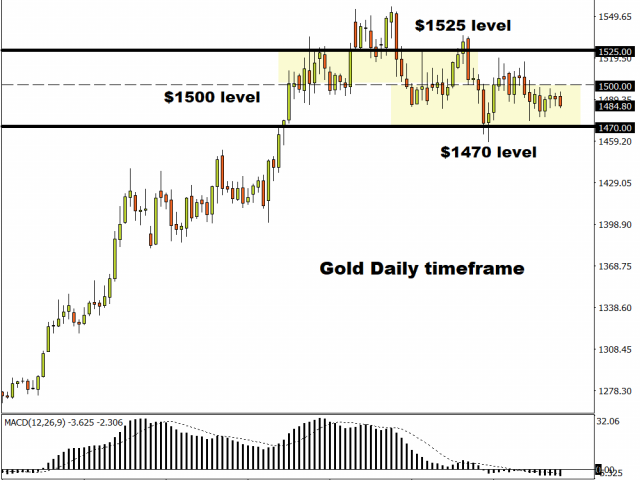