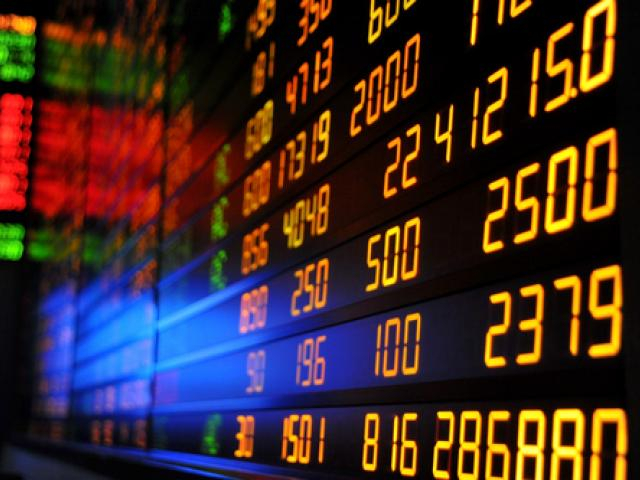 The mood across financial markets continues to brighten after President Donald Trump said that Washington “was ahead of schedule” on a trade deal with China.

This encouraging news has certainly injected global equity bulls with a renewed sense of confidence as optimism increases that  the two largest economies in the world will sign “phase one ” of the trade agreement soon. Shares across Asia are pushing higher on Tuesday amid the risk-on sentiment, after the S&P 500 hit an all time record high overnight on the back of trade hopes and prospects of lower interest rates by the Fed. The positive vibe from Asian markets should also support European stocks and potentially Wall Street later this afternoon.

There was little to cheer about on Monday in Brexit news despite the European Union granting Britain a flexible three-month extension to the Brexit process until 31 January 2020.

Although this has prevented the UK from leaving the European Union on October 31 without a deal, it is simply kicking the can down the road. This sentiment is clearly being reflected in the British Pound which offered a fairly muted reaction to the third Brexit extension. With British lawmakers rejecting Prime Minister Boris Johnson’s plan for an early election in December, where do we go from here? While Johnson is expected to try again for an early election on Tuesday, history could repeat itself for the fourth time in two months. Until investors are offered proper direction and clarity on Brexit, Sterling’s rise may be capped below 1.30. 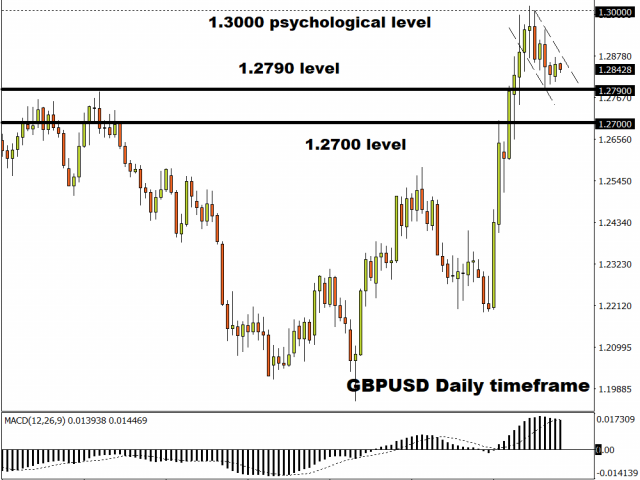 The Dollar held steady against a basket of major currencies on Tuesday ahead of the FOMC meeting on Wednesday. With markets widely expecting the Fed to dish out another insurance rate cut in face of trade uncertainty and global growth concerns, much attention will be directed towards Jerome Powell’s press conference. Should Powell sound less dovish than expected, investors are likely to revaluate whether the Federal Reserve will cut interest rates in December.

Gold in the spotlight

Gold has stumbled into the trading week under pressure thanks to the improving market mood and risk-on sentiment. Given how prices are trading below the $1500 level, further downside could be on the cards in the short term.

However, investor expectations over the Federal Reserve cutting interest rates in October coupled with Brexit uncertainty should stimulate appetite towards the precious metal in the medium term. The longer-term outlook will remain influenced by US-China trade developments and global growth concerns. Although most remain cautiously optimistic over the two largest economies in the world signing a “phase one” trade deal, there is still room for disappointment as talks have fallen apart in the past. Focusing on the technical picture, Gold is  tracking sideways on the daily charts but  the breakdown below $1500 should open a path towards $1485. 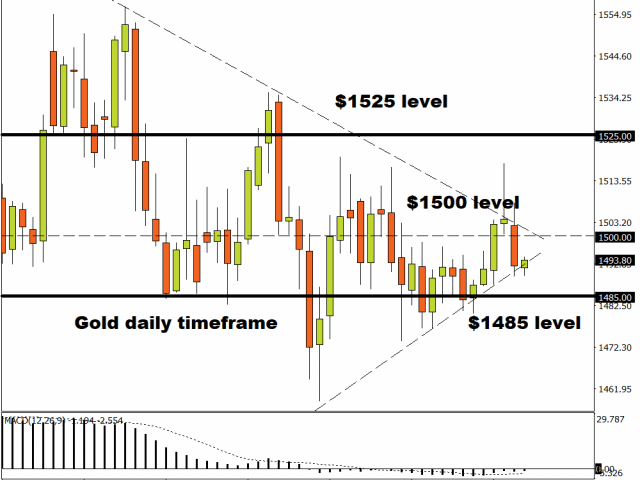