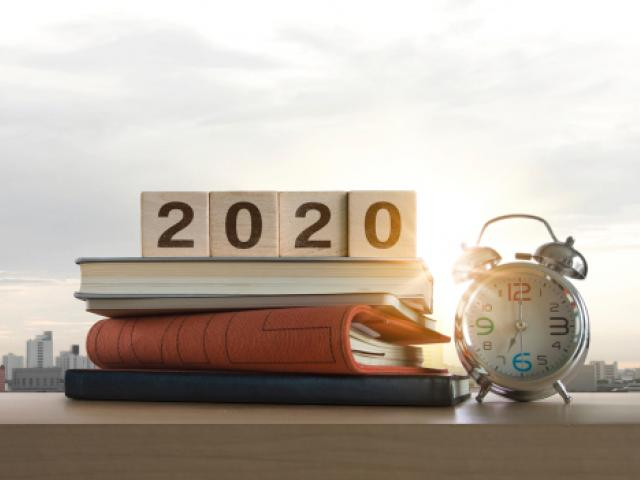 2019 was another action-packed trading year for financial markets, jampacked with many surprises, volatility and market shaking themes.

Investors charged into the trading year with a renewed sense of confidence after the Federal Reserve signalled further increases in US interest rates during the final weeks of 2018.  However, market players across the globe were left empty-handed in January after the Federal Reserve executed one of its sharpest policy U-turns in recent memory. Not only were interest rates left unchanged at 2.5%, but Fed Chair Jerome Powell also expressed concerns over slowing growth in China and Europe, trade tensions, Brexit and the federal government shutdown. The S&P 500 and Dow Jones gained more than 7% in January despite the Fed’s caution. Those marked the biggest gains since January 1987.

In February, the International Monetary Fund (IMF) warned governments to gear up for a possible economic storm as growth falls short of expectations. Rising fears over trade tensions and tariffs, financial tightening, uncertainty related to Brexit and spillover impact from China’s slowdown prompted the IMF to lower its global economic growth forecasts for 2019 from 3.7% to 3.5%. A highly anticipated summit between Donald Trump and the North Korean leader Kim Jong-un also ended without an agreement this month – ultimately hitting risk sentiment.

Risk aversion made an unwelcome return in March as global recession fears sent investors rushing towards bonds and safe-haven assets while stocks tumbled. The Treasury yield curve inverted for the first time since the last financial crisis which triggered fears of an impending global recession and looser monetary policy. The S&P 500 concluded march gaining only 1% while Gold struggled to benefit from the risk-off sentiment, ending the month on a muted note.

Oil was under the spotlight in April after the Trump administration announced it will no longer grant sanction waivers to any country that imported Iranian Oil. The prospects of 1 million barrels per day being wiped off the markets sent Oil prices surging to a fresh 2019 high above $66.50. The European Central Bank left interest rates unchanged at -0.4% but warned of ‘risks’ to eurozone growth.

Donald Trump escalated the trade war with China in May by announcing plans to hike the tariff imposed on $200 billion of Chinese goods from 10% to 25%. China wasted no time retaliating by imposing new tariffs on $60 billion of US import. The tit-for-tat trade war fuelled concerns over slowing global growth and weighed heavily on investor sentiment. In the United Kingdom, the Brexit drama reached new heights after Theresa May announced she will step down as Conservative party leader on June 7, essentially paving the way for a leadership contest inside the party.

The Federal Reserve cut interest rates the first time in more than a decade in July, as it tried to keep America’s record-long economic expansion going by shielding the economy from mounting global risks. This move by the Fed opened the path for other central banks across the world to ease monetary policy in the face of slowing global growth. Trade uncertainty also forced the IMF to cut its growth forecast for the global economy for 2019 and 2020. It predicted growth of 3.2% in 2019, down from its April forecast of 3.3%.

Global markets tumbled around the world in August after Donald Trump threatened to impose tariffs on $300bn (£247.6bn) of Chinese goods. The risk aversion boosted appetite for safe-haven assets with Gold concluding the month 5.2% higher above $1440.

In September, the Federal Reserve cut interest rates a second time as a safety net against geopolitical risks, trade tensions and slowing global growth. The central bank also cut interest rates for the third time in October. The European Union also agreed to extend the Brexit deadline to January 31.

December was a monumental month for financial markets as the UK general elections and US tariff deadline left investors on edge. A landslide Conservative win in the general election on December 12 opened a near term path for Brexit while investors heaved a sigh of relief after Trump announced a ‘phase one’ deal. Despite the growing concerns and trade uncertainty, global equity markets performed well in 2019 with the S&P 500 gaining over 28% year to date.

As 2019 slowly comes to an end, investors may start pondering how US-China trade developments, Brexit and other geopolitical risk factors will influence financial markets in 2020. Will the new trading year be as volatile as 2019? This is a question on the mind of many market players.