China's stocks in freefall after traders return from holiday 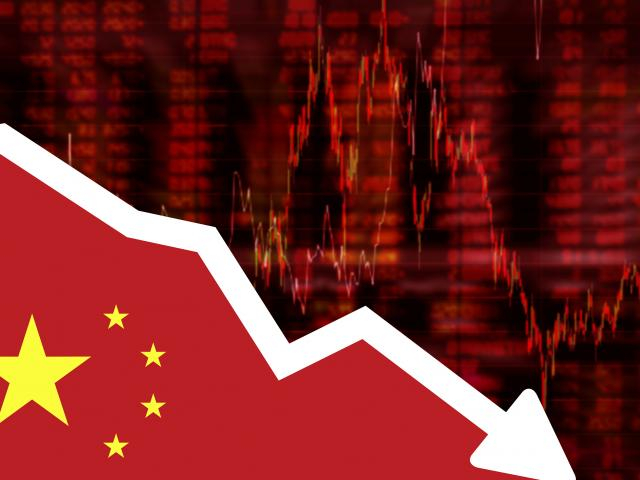 China’s CSI 300 index plunged by more than 8% as trading resumed on Monday, the worst opening in nearly 13 years after financial markets reopened after the Lunar New Year holiday. This comes despite the central bank’s announcement it would provide $171bn in additional liquidity to money markets and took further steps to lower its reverse repo rates, in efforts to contain the sell-off.

Such actions by the central bank seem to have had minimal effect on investors’ behaviour. The real concern now is that China’s growth will be heavily impacted by the deadly coronavirus outbreak. With the number of deaths in mainland China overtaking the 2003 SARS epidemic and the number of cases infected reaching more than 17,000, it is unknown when this epidemic will come to an end.

Economists are now expecting growth to fall below 5% in the first quarter of 2020, but the question is how quickly the economy will rebound once the outbreak is under control. China’s GDP growth dipped from 11.1% to 9.1% in the second quarter of 2003 after the SARS outbreak. But it recovered quickly to 10% in the following quarter. However, it's very difficult to compare the current situation to 17 years ago due to a number of reasons. First, we still don’t know when the outbreak will be officially under control. Second, China represented less than 5% of global output in 2003, whereas this now stands at 17%. Third, the service industry in China makes a greater contribution to the country’s growth compared with 2003.

The sell-off in China’s market today, despite looking ugly, is only a catch-up following the tumble in global equities over the past several days. This means investors will not react on today’s news, with S&P futures holding steady at the time of writing.

However, as mentioned in my previous report, investors who are looking to buy the dips should wait for signs of a peak in the rate of virus infections, and we are not there yet.

Crude oil requires intervention to put a floor on prices

After losing 12% last month, Brent prices continued to remain under pressure. China’s demand for oil is expected to have dropped by three million barrels a day, which is 1.3 million barrels more than OPEC’s combined output cuts. Add to this a global cancelation of airline flights to China and you get an extremely oversupplied market.

The OPEC Joint Technical Committee has scheduled a meeting on Feb 4-5 to evaluate the impact of recent developments on Oil demand. The market needs assurances that the supply/demand equation remains in balance for prices to hit a floor. This suggests a commitment from OPEC not just to extend oil supply cuts, but even implement deeper ones beyond March. Without such assurances, expect to see further declines in Brent with the only major support now seen at the December 2018 lows of $49.93.

A busy week ahead

While investors continue to monitor updates on the coronavirus closely, there’re a lot of market-moving events. The earnings season remains busy with 96 S&P 500 companies due to announce their quarterly results this week. Alphabet, Twitter, Walt Disney, General Motors and Ford are among the most-watched companies.

Currency traders have a busy economic calendar, which includes manufacturing and services PMI’s from Europe and the US, and China will release its export and import figures on Friday. But for USD traders, all eyes will be on Friday’s non-farm payrolls report that could lead to big moves in currencies.