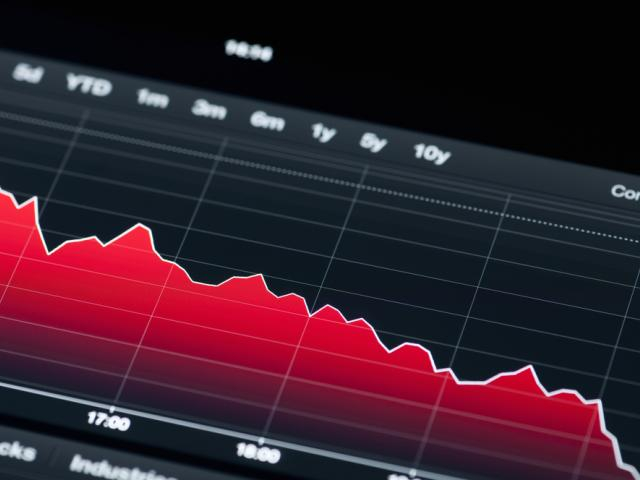 Stocks in Asian markets were deep in the red on Monday, led by a 3% decline in South Korea’s Kospi index, as the country declared the highest state of alert, given the coronavirus infections surge. US stocks are pointing towards a sharp fall today, with the Dow futures declining 400 points, and European markets are also expected to kick off the week sharply lower.

Investors are no longer just worried about China’s economic health. The coronavirus has clearly become a global economic threat, with infections spreading to dozens of countries. The worldwide death toll has now climbed above 2,600, with 27 reported outside China. Italy’s number of confirmed cases surged from three on Friday to 152 on Sunday. Meanwhile, Iran has confirmed 43 cases, including 8 deaths. However, this is being questioned as the number of infected cases should be above 400, when the average mortality rate of the virus is around 2 percent.

It seems the risks over the past several weeks have been understated; that’s why the US and some European stocks were testing new highs. Investors have been betting on a V-shaped recovery, supported by central bank easing. It now looks like the easy money won’t be enough to offset the impact of the virus.

Last week, we mentioned in an article that asset correlations are no longer making sense, as all asset classes, whether they are stocks, bonds or precious metals, were moving in one direction, which is higher. Now, investors seem to realise that the risks of prolonged economic damage are higher than previously estimated, and this will undoubtedly have a severe impact on corporate earnings in the first quarter of 2020.

Gold saw a sharp upward spike early Monday, rallying 2% to test a new seven-year high. It only looks like a matter of time before we see the precious metal breaching $1,700. While part of the rally is being based on speculative positioning, there are strong fundamentals supporting this move higher. Money coming out of equities has few other options to go to at this stage, especially given the low yield environment in fixed income.

US 10-year bond yields are currently hovering around 1.47% and 30-year yields have tested a new record low below 1.9%. This suggests that real interest rates are currently in negative territory, even the longer maturity ones. The deeper real rates fall, the more persistent the rally in gold can be, despite a strong Dollar. Expect to see the negative correlation between gold and the Dollar disappear, until the situation returns to normal.

The Dollar continues to be the traders’ favourite currency. While the US economy is not bulletproof against the spreading virus, it is still considered a stronger one compared to Europe or Japan. With Japan expected to fall into a recession and several European countries struggling even before the virus outbreak, the Dollar is a safer bet than the traditional safe haven Yen and Swiss Franc.