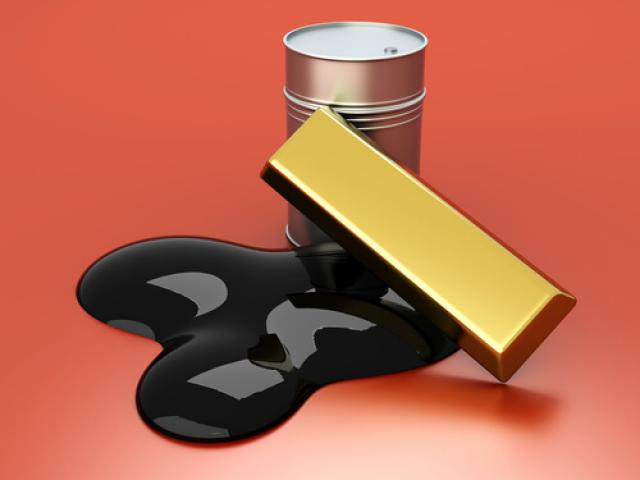 Gold regained some of its lustre on Monday, rising roughly 1.3% after experiencing its worst single day decline since 2013 last Friday.

Losses across global equity markets were so severe that institutional investors and hedge funds were forced to offload Gold positions to raise cash in an effort to cover margin calls. This shocking development sent the precious metal collapsing like a tower of Jenga blocks. This came despite the explosive levels of risk aversion.

Although the technical picture suggests that Gold could extend losses, the fundamentals remain in favour of bulls. Concerns over slowing global growth remain rife, especially after the Organisation for Economic Co-operation and Development (OECD) downgraded its 2020 global growth forecast from 2.9% to 2.4%. There still remains a thick layer of uncertainty over how badly the virus has destabilized China, Asia and the global economy. Although central banks across the world have expressed a willingness to ‘act as appropriate’ to support their respective economies, it remains to be seen whether this will be enough.

The coronavirus outbreak is a health crisis that causes major supply-side shocks. This may be something that central banks may be unable to fix with lower interest rates.

Focusing on the technical picture, Gold is under pressure on the daily charts with prices trading around $1593 as of writing. Sustained weakness below $1600 may encourage a decline back towards $1579 in the near term.

Alternatively, a breakout above $1600 could open the doors back towards $1620. 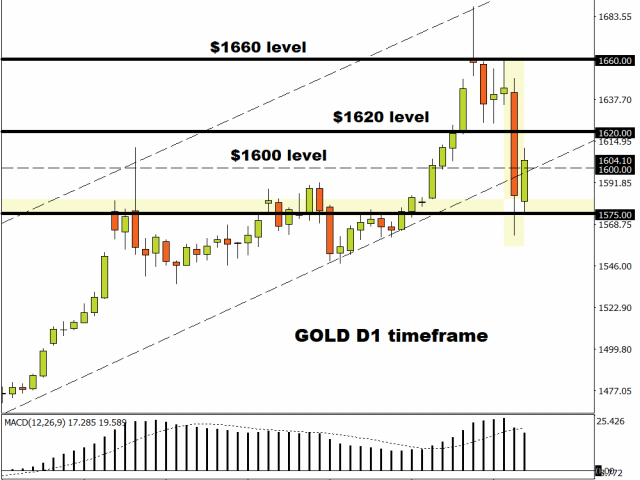 Speculation around the Federal Reserve cutting interest rates in March sent the Dollar tumbling against a basket of currencies on Monday.

The Dollar Index is bearish on the daily charts and could extend losses in the week ahead if data from the United States fails to meet market expectations. While the Dollar is still seen as a safe-haven destination, investors are coming to terms with the fact that the US economy is not bullet proof. Signs of the coronavirus impacting the US may threaten the Dollar safe-haven status and fuel speculation around the Fed cutting interest rates further beyond March.

In regards to the technical picture, the Dollar Index is under pressure on the daily charts. A breakdown below 97.50 should open the doors towards 97.15. 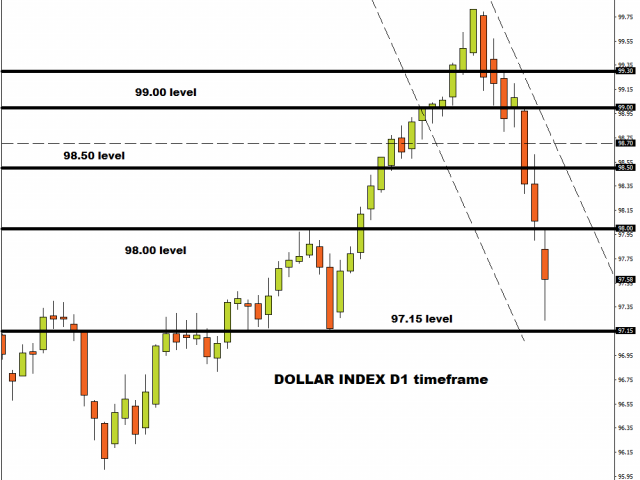 Oil entered the trading week on a high note, gaining almost 1% as global stimulus hopes brightened the global outlook. Expectations around OPEC and its allies moving ahead with deeper production cuts supported Oil prices. As of writing, WTI is trading around $45.61. Deeper production cuts by the cartel should create a short-term floor for Oil. However, the path of least resistance will remain south as long as demand is missing from the equation.

Looking at the technical picture, WTI Oil is heavily bearish on the daily time frame. Bears remain in control below $50 with the next key level of interest near levels not seen since July 2016 at $40. 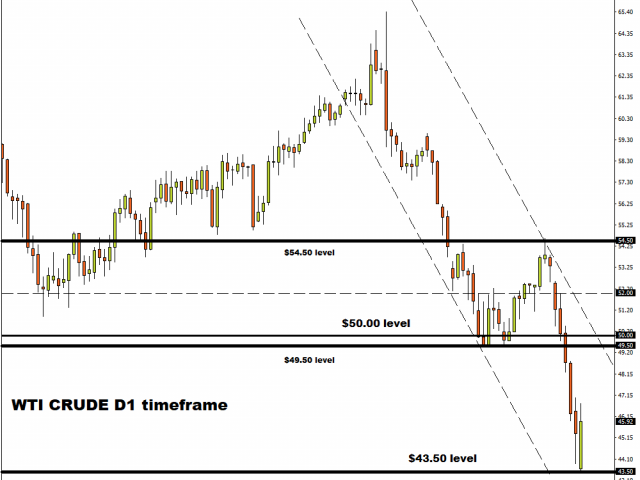