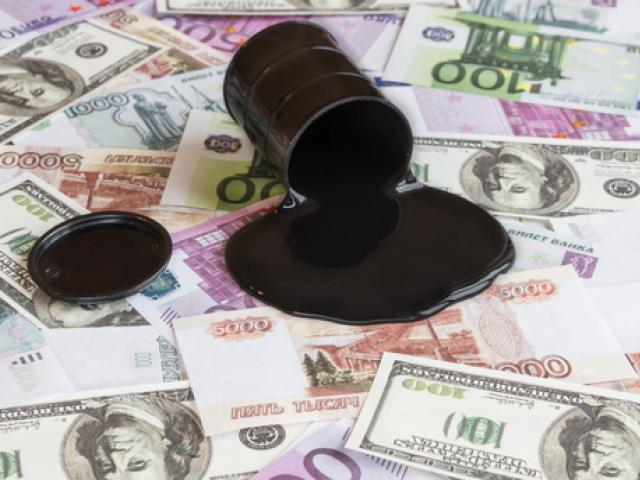 Ever thought that it could be imaginable to see the price of U.S oil valued at less than a pizza? Or even a slice of pizza? How about for it to actually cost to sell U.S crude? All of this was previously thought to be unthinkable, but it became very real for traders as the price of U.S oil turned negative for the first time in history. WTI futures set to expire suffered a disastrous plunge of more than 300%, sinking as low as -$40 on the first day of the new trading week.

20 April 2020 will be remembered as a dark and disastrous day for the oil industry and witnessing the selling unfold was like watching a fire in the distance grow ablaze in an uncontrollable manner. This will have alarm bells ringing with the noise stretching all the way from the United States to Canada, Russia, Saudi Arabia, Nigeria as well as multiple other destinations simultaneously. It is important to recognize that the price carnage was for May contracts set to expire imminently with June contracts still valued at around $20 although no one can say never say never or that lightning will not strike twice if asked the question on whether upcoming contracts could follow a similar path of destruction in valuation.

There is a tremendous oversupply in the market and simply nowhere left for storage, meaning that until someone can find a place to keep what is produced that limited buyers will be in the market. All of this is happening as many in the world remain on lockdown due to the coronavirus pandemic. The International Energy Agency (IEA) project that demand for crude can drop this month by 29million barrels per day, significantly more than the historic OPEC agreement where producers have agreed to cut production by nearly 10million barrels per day from May.

It was already inevitable that oil producers worldwide would be asked to cut production output by an even greater scale than what agreed, and it is possible that some will attempt to curtail production immediately rather than when the upcoming OPEC agreement was initially set to commence. Producers would still need a helping hand from worldwide restrictions being lifted with many of our economic engines not functioning properly due to the coronavirus pandemic for the prospects of a higher oil price to improve.

Elsewhere global stock markets will be on the watchlist to see if they follow a path of weakness in light of the destruction that took place in oil price. So far trading in Asia has shown signs of this, although some of the fluctuation is thought to be a reaction to reports that North Korean leader Kim Jong Un is critically ill.

Should risk-off prevail, a lack of risk appetite can see traders question whether the recent recoveries in global stock markets are justifiable. This would also pose a question for emerging markets and their currencies, including the likes of the Korean Won, Indonesian Rupiah, Turkish Lira and South African Rand. The latter of which would be tested should the USD restore itself as the go-to currency during coronavirus uncertainty.

I do feel that there are prospects for another drive higher in the Greenback. The world has become optimistic that lockdown restrictions will be eased and while that sounds all well and good, there is a need for caution that some of the recent feel-good headlines and hopeful declining rates of infections are more a case of lockdown restrictions doing their job rather than the danger of the virus carrying less infection risks.

If this train of thought picks up momentum and caution becomes the narrative rather than light at the end of the tunnel the USD, JPY and Gold can see returning demand as safe havens. As well as emerging markets, some of the other currencies that can decline in this type of scenario include the Euro, Australian Dollar and British Pound.