Extra $1 trillion boost for US, EU 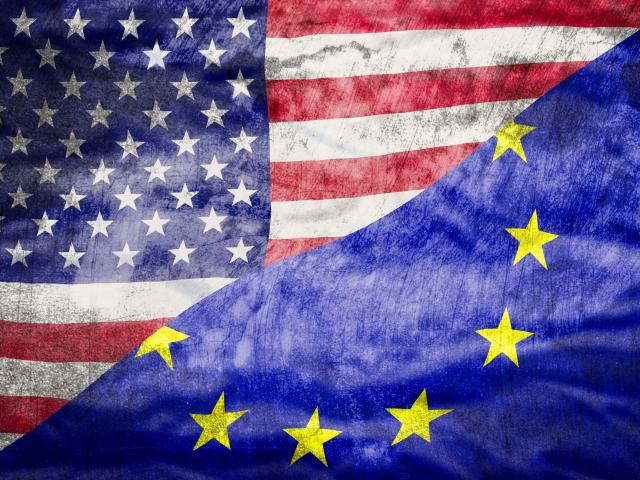 The Dollar index (DXY) was lifted back above the 100.7 psychological level, after the US House of Representatives passed a $484 billion package to support small US businesses. This latest round of funding brings the overall US fiscal response to the coronavirus outbreak to $2.9 trillion, or equivalent of 15 percent of GDP. The Dollar is strengthening versus all G10 currencies on Friday, with the DXY set to register a weekly gain of over 0.8 percent. 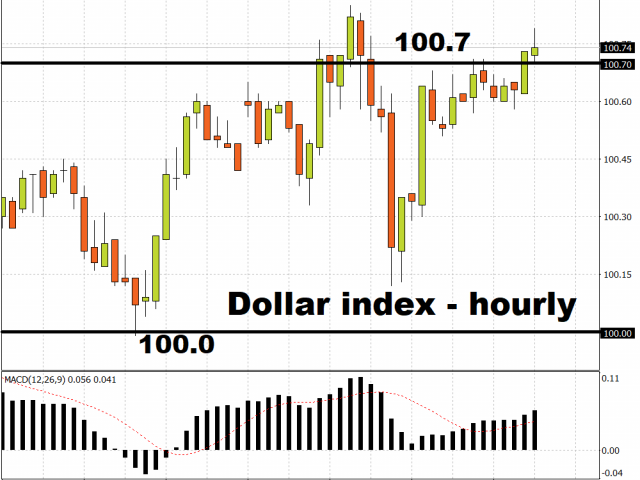 However, considering the steady stream of dire economic data, such as US jobless claims now exceeding 26 million in five weeks, it remains to be seen how effective these support measures are against Covid-19’s impact on the economy. Policymakers’ actions thus far can be likened to trying to fill a crater in the dark, as they keep shoveling in trillions without fully knowing the ultimate size of the economic chasm that needs to be filled. Risk-on sentiment may only make fleeting appearances amid such an uncertain environment, as evidence of the outbreak’s peak prove painstakingly hard to come by.

While the overall risk aversion in global markets is expected to fuel sustained demand for the Greenback, its upside appears capped as the Federal Reserve works in tandem with other central banks to keep Dollar-funding pressures in check. As such, the DXY is expected to trade within the 98.5 – 101 range over the near-term, serving as a relative anchor in FX markets amid tremendous volatility in other asset classes. 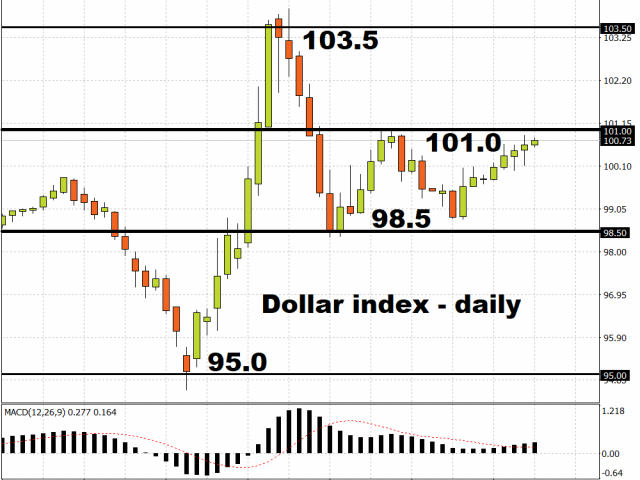 European leaders also signed off on a 540 billion Euro short-term package, although it wasn’t enough to support the ailing Euro, as policymakers stall over the larger and longer-term rebuilding plan worth two trillion Euros. The bloc’s currency is extending its decline against the US Dollar amid more signs of economic distress in the EU, with manufacturing activity and confidence levels reaching record lows. ECB President Christine Lagarde has warned that the EU could see an economic contraction of up to 15 percent this year. EURUSD is now pulling further below the 1.08 psychological level, and set to post a weekly loss of about one percent. 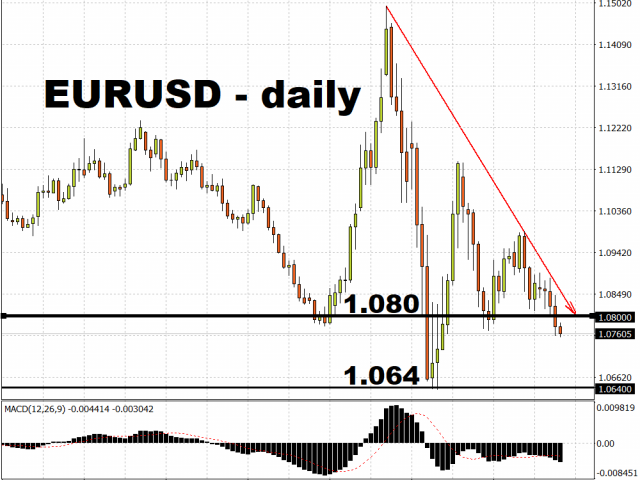