Stock of the Week: Facebook’s fortunes trolled by Covid-19 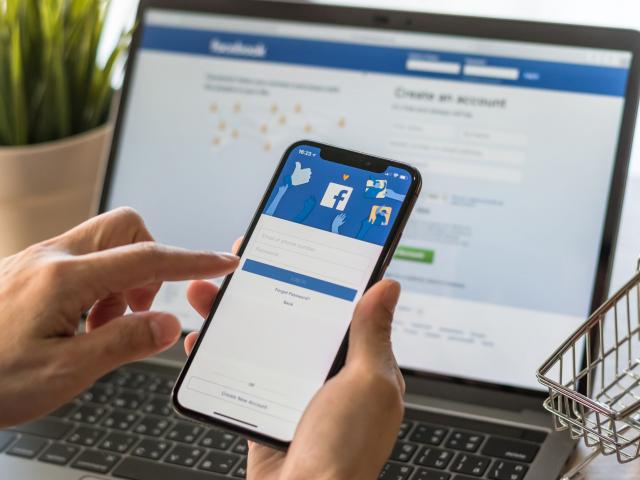 And during this quarantine period, you’re likely finding yourself scrolling through the News Feed a lot more than usual.

However, more of your time spent on Facebook’s platforms, including Instagram, may not have translated into higher revenue for the social media giant, as many companies around the world are forced to slash their advertising budgets due to the economic woes caused by the pandemic.

Investors will be looking for initial signs as to how the coronavirus is affecting Facebook’s performance from its Q1 earnings announcement due after US markets close on April 29. However, the bigger impact is only expected in Q2.

Can Facebook's shares be restored to record high?

Despite such concerns, Facebook’s stock has surged by more than 25 percent from its recent low on March 16, outperforming the S&P 500 during the period, although it still remains some 18 percent below its all-time high posted on January 29. The imminent announcement should help shareholders determine whether the recent climb was validated, and whether further gains are warranted in the near future. 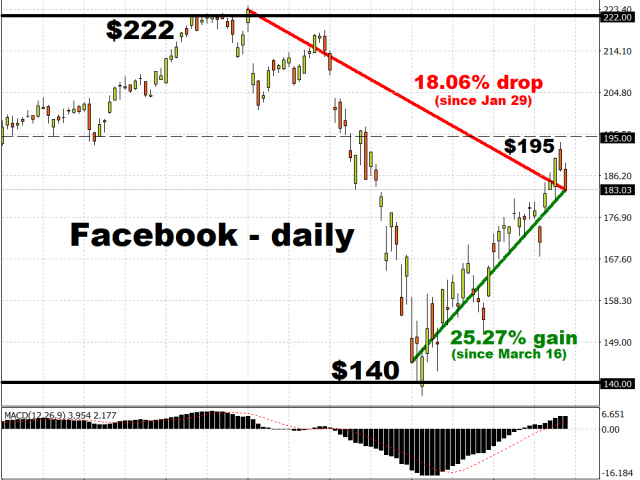 With regards to the technical perspective, Facebook shares have found resistance around the 193.00 level on the daily charts with prices trading marginally above 183.00 as of writing. Sustained weakness below this resistance level may encourage a decline towards 177.50. The downside momentum could be fuelled by a disappointing set of earnings later this afternoon.

Alternatively, a breakout above 188.00 could signal a strong move back towards 193.00. If bulls can secure a solid daily close above 193.00, Facebook shares could venture to levels not seen since late February around 200.00. 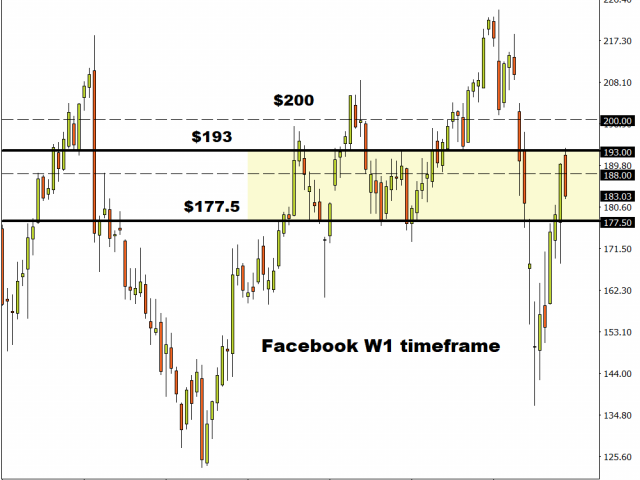