Gold awaiting next trigger in volatility 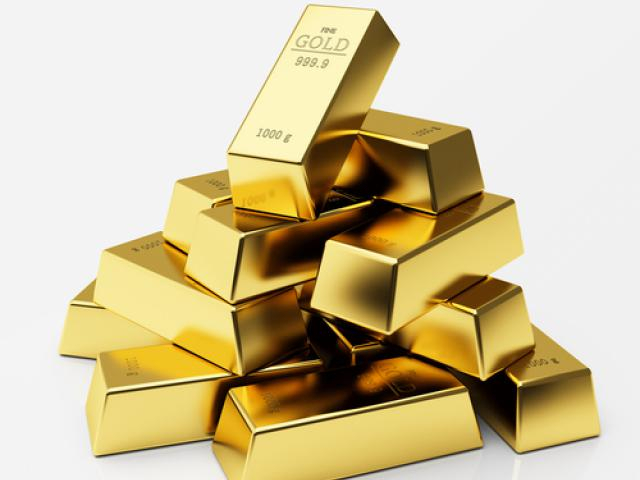 Small advances in stock market appetite following the first three-day fall in worldwide stocks since early March suggests that investors are still looking cautiously when it comes to global market sentiment. The same can also be said for Gold, which is hoovering near $1705 at time of writing and appears to be awaiting its next trigger in volatility.

There is still hope for Gold prices to push beyond the seven-year highs that it has already met this year and many look at the economic challenges that will remain long after the coronavirus pandemic is over with as an opportunity for stronger Gold demand. I would however be keen to point out that at least for now, Gold is trading in a very narrow range and the end of this range with an upper-limit at $1740 would be required to the upside in order to open up a probability of Gold advancing towards $1800 over the coming months.

$1720 and $1740 are near-term resistance levels on the Daily timeframe that are preventing further increases in Gold. 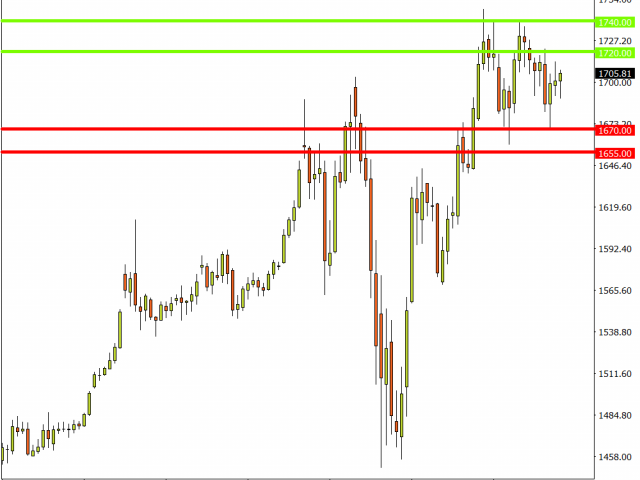 Traders should also be mindful that at times where the market appears overly-positioned for a move in one direction, that this is where potential surprises in the other direction become a risk. For Gold this would be another round of unexpected selling.

The Daily timeframe suggests that the lows seen near the candlesticks on 13 April, 20 April and 1 May around $1670 is acting as a near-term support preventing further Gold declines.

Should this level be breached, $1655 might be viewed as a future support level for traders.