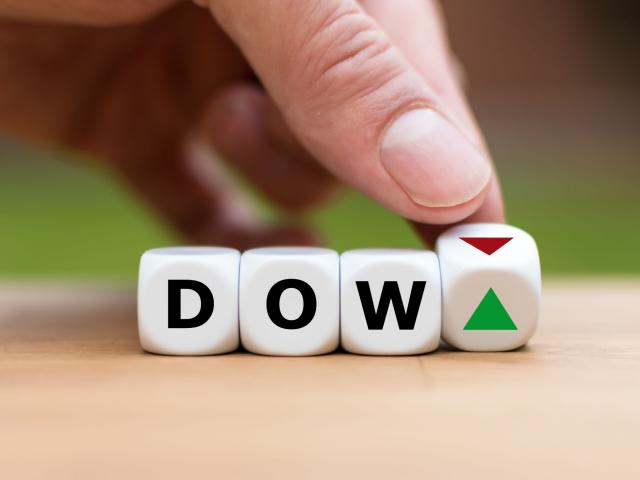 Futures for the Dow Jones Industrial Average erased losses, as equity investors continue contending with a mixture of apprehension and hope as the US economy attempts to reopen further. Although the Dow has erased about half of its losses since its record high on February 12, the buying momentum appears to have plateaued. 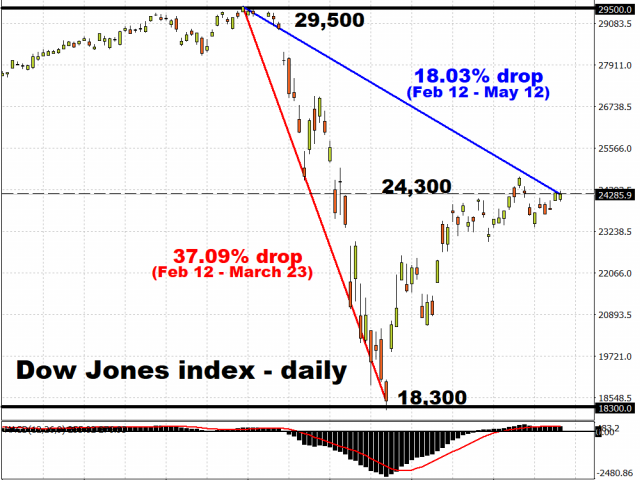 Equity markets are struggling for direction amid concerns of another potential lockdown, while being buoyed by the Fed’s “unlimited” support for the ailing US economy. Dr. Anthony Fauci, the top infectious disease expert in the US and a key member of the White House coronavirus task force, is set to testify before the Senate today and highlight the risk of “needless suffering and death”. Also today, the Federal Reserve is set to begin buying corporate-debt ETFs starting today, as part of the central bank’s efforts to ensure that markets are functioning smoothly.

With the stock market bulls running out of steam, they are in desperate need of another gust of tailwinds. Otherwise, the bears appear ready to pounce, merely biding their time and waiting for the right catalyst to trigger another major selloff in the stock markets.

The Dollar index is now trading in sub-100 territory after the April core US consumer price index fell 0.4 percent on a month-on-month basis. The lockdown measures in response to the coronavirus outbreak have crippled demand-side forces in the US economy, while the sheer drop in gasoline prices dragged April's headline inflation lower by 0.8 percent compared to the month prior.

Investors are mindful of the risks that the US economy might eventually find itself in the same deflationary spiral seen in Japan. In light of the Fed’s pledge for “unlimited” policy support, one has to wonder whether such a commitment could extend into negative US interest rates, which would put the US in the same camp as Europe and Japan. The Fed funds futures are already beginning to price in such a likelihood by January 2021.

A prolonged deflationary environment while mired in negative interest rates might eventually prompt a sustained period of weakness for the US Dollar, although it’s still far too early to forecast such a scenario at this point in time.

For the immediate future, using the hourly timeframe, further declines in the DXY is likely to be mitigated at the 99.5 level which is set to act as a stronger support level, barring any comments today by Fed officials that will significantly alter the Dollar's outlook. 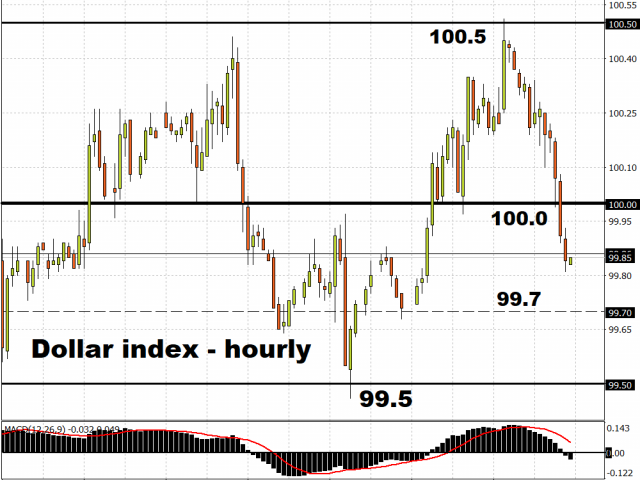