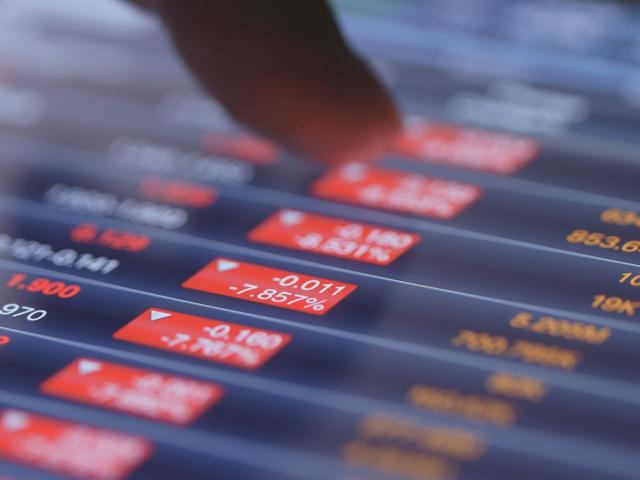 The Dow Jones index is now shedding over 200 points and extending its declines this week, after Fed chair Jerome Powell on Wednesday warned of lasting damage to the US economy if policymakers do not put up enough of a fight against the coronavirus outbreak. Should the Dow close in the red again today, this would mark the index’s first three-day losing run since early March.

From a technical perspective, it remains to be seen whether the Dow’s 65-day simple moving average has had the final say in ensuring that the index does not go higher. After all, it has prevented the index from closing above it in recent sessions. 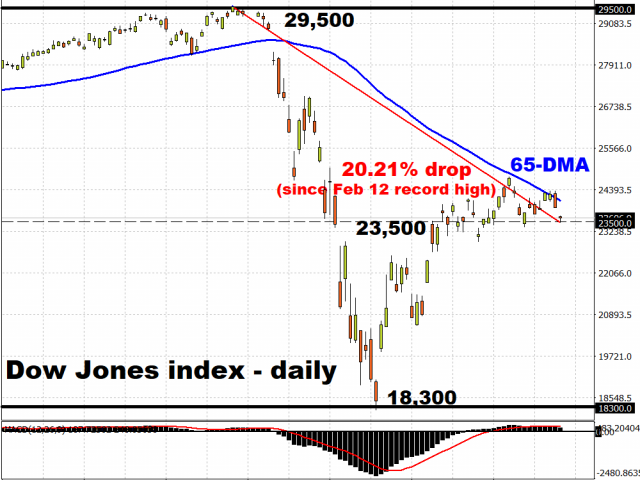 To be sure, the Federal Reserve has already lowered US interest rates to near zero, pledged to buy “unlimited” amounts of bonds, and is even lending directly to businesses and state governments.

Still, global investors will have to remain vigilant in assessing whether the colossal amounts of policy support are enough to fill the economic abyss left in Covid-19’s wake. With Powell also warning of the “significant downside risks” to the world’s largest economy, the dark and uncertain outlook may be enough to put a lid on the current optimism over the US economy’s reopening. Future bouts of policy support also may not be accompanied with the same levels of market optimism during the initial rescue measures rolled out by the Fed, along with the separate US$3 trillion in aid from the fiscal side.

As the US earnings season draws to a close, US equity bulls may soon realize that they’ve been riding merely on hot air. Powell’s downbeat rhetoric could leave optimists with little to go by, considering the harsh economic realities laid bare by the hard data, which one after another have posted record lows.

Whatever the catalyst may be, don’t be surprised if the next selloff in US stocks is as swift and dramatic as the capitulation witnessed in the final stretch of Q1.