Pound to weaken further as more bad news comes through? 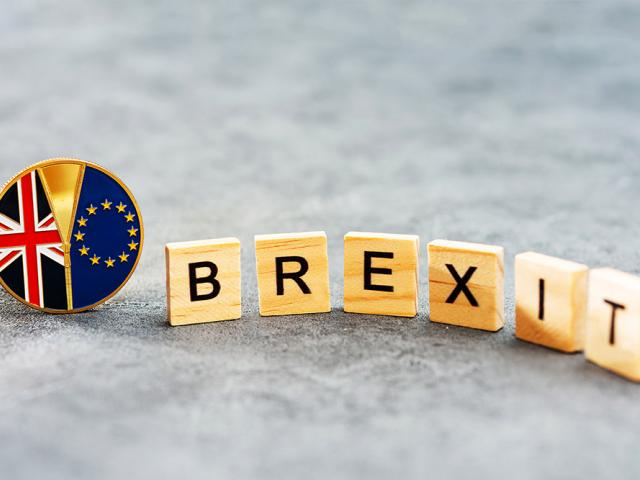 The British Pound is unable to catch a break at the moment. The recent run of bad news for the Pound is showing no signs of mercy with reported headlines that there has been little progress on Brexit trade talks and rumours that the United Kingdom would not be willing to entertain an extension hurting GBPUSD.

GBPUSD has fallen to its lowest level since late March on these headlines and with Cable now trading at 1.21 questions will be asked if the pair can fall back to 1.20.

From a fundamental aspect, the UK economy is suffering during the pandemic just like any of its peers but the health statistics show it is stuck in a fragile position. This includes having the second highest fatalities to the disease globally, only just managing to hopefully pass the peak and with very little guidance provided on what the strategy would be for the UK to exit lockdown restrictions.

Should GBPUSD be able to fall below the March 27 candlestick low on the Daily chart just below 1.213 more confidence would be gained that the pair can fall to 1.20. If it suffers even worse, the Weekly candlestick low for 11 August 2019 of 1.2013 can be bought back into focus as the potential line in the sand before conversations begin on the possibility of GBPUSD returning towards previous generational lows. 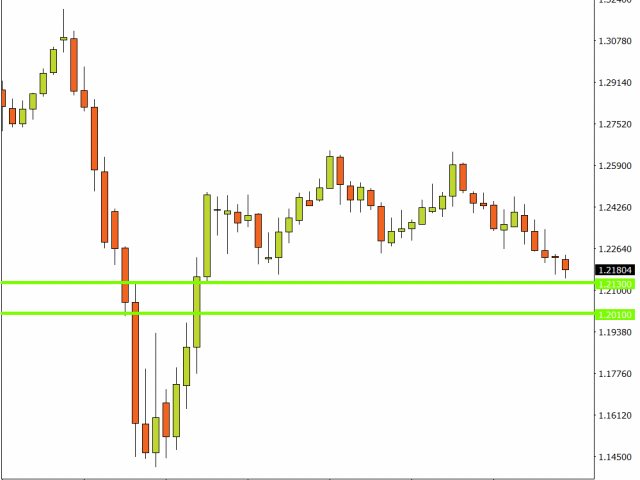 EURGBP is another chart that is becoming interesting especially on the Daily where the pair is teasing a breakout above a range that has been in play since early April. Caution can be voiced that this could be a false breakout setup so perhaps, more confidence could be gained on a stronger EURGBP trend if the pair is able to break above the 1 April Daily candlestick high at 0.8910. 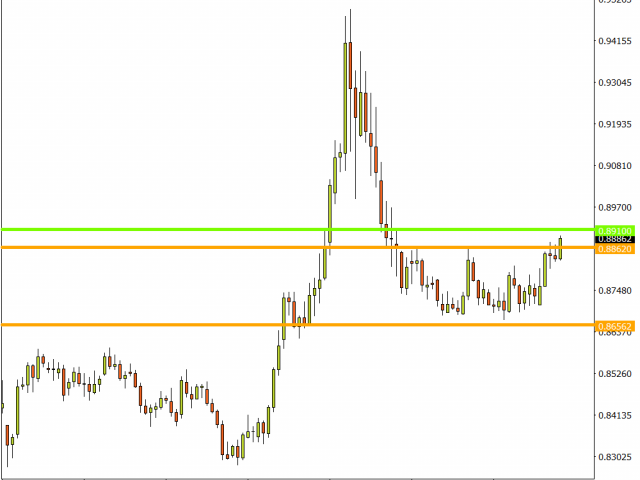 Elsewhere long-term Gold buyers will have their fingers crossed that the move above $1740 is not a false dawn and instead only the beginning of a sustainable move higher. If spot Gold is able to conclude trading above $1750 today it should be digested as promising news, especially when considering forecasts that have been put in the media that Gold prices could be able to go all the way to $1800, $1900 and perhaps even break the 2011 record highs.

The Daily chart below shows the recent range in Gold is on the verge of ending and should Gold be able to conclude trading above the top green line but just as importantly, above $1750 we could see the return of Goldmania for traders. 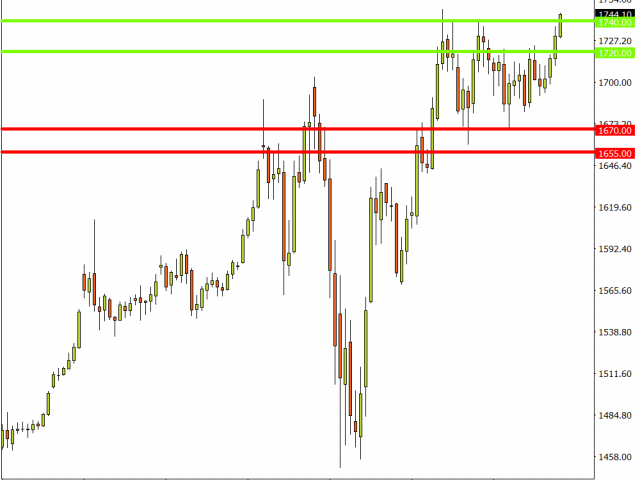