‘Turnaround Tuesday’ living up to its name 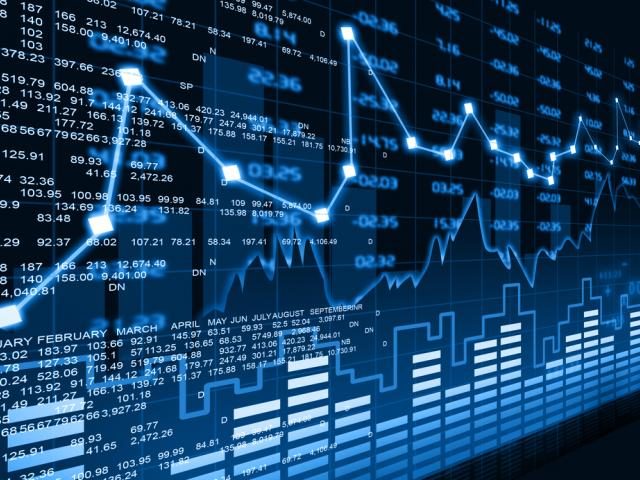 After the S&P500 turned positive for the year yesterday, market sentiment has soured ahead of tomorrow’s FOMC meeting, where no major changes are expected to the policy rate or QE program.

The main data this morning has been Eurozone Q1 GDP which was revised slightly upward to -3.6%, an historic decline caused by domestic lockdowns. While all the talk is about reflation and recovery, a V-shaped scenario is still not locked in yet as job losses pile up and investment stays subdued.

US stock futures and oil are cooling off after their recent surges, while king dollar and havens like the yen and gold are rallying.

Broader USD weakening had seen cable push above 1.27 supported by lockdown easing measures and despite the impasse in UK-EU negotiations.

The trend channel from the May lows still remains intact as prices trade around the 200d Moving Average at 1.2681. Only a break below 1.2560/1.25 will indicate the positive phase in GBP has run its course and signal a clearer downturn. 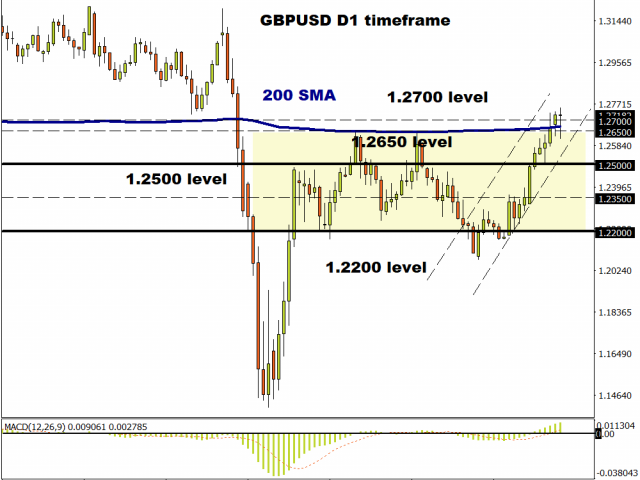 After making a three-month high at 1.3184 last week and rising to its most oversold since early-March, the world’s most popular currency pair has inevitably pulled back as upward momentum has started to wane.

Key resistance now looms at that Friday high with support around 1.1250. 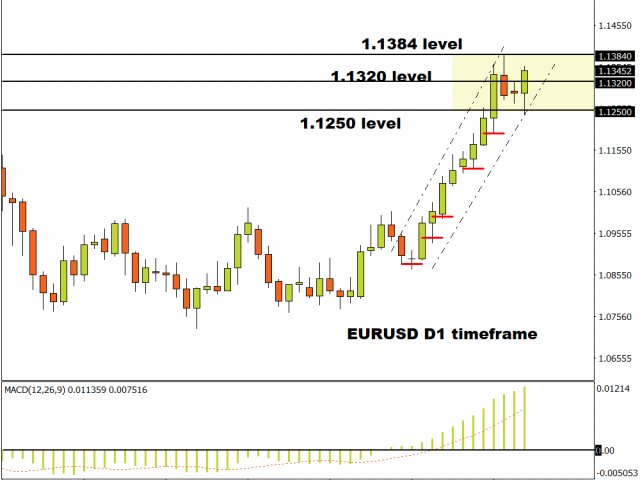 The recently high-flying aussie is the weakest major, down 1.3% on the day with the other commodity currencies all in the red.

With a decent bid for havens over the last couple of sessions. the classic risk barometer – AUDJPY – has been hit hard after making highs not seen since mid-2019. 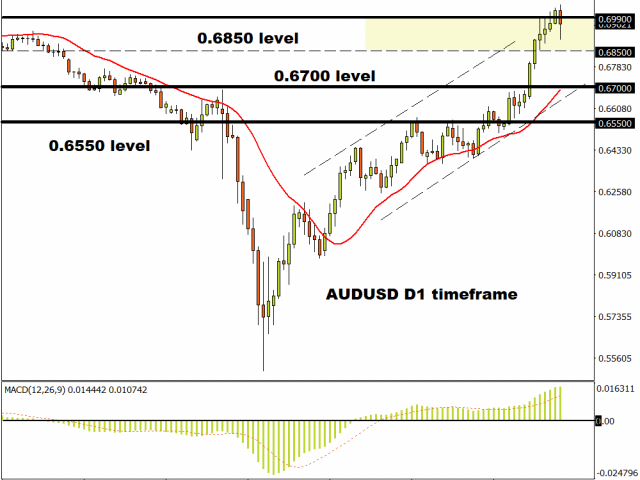 As the pro-risk mood fades, so gold is staging a rally this week. Bulls will initially be looking to reclaim the April peak around $1747, before an assault on the cycle high at $1765. If sentiment turns back towards more risky assets, expect ranging trading with $1670 acting as support below. 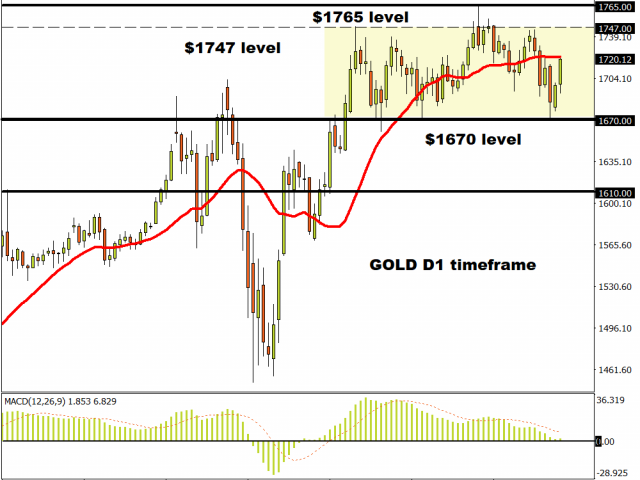