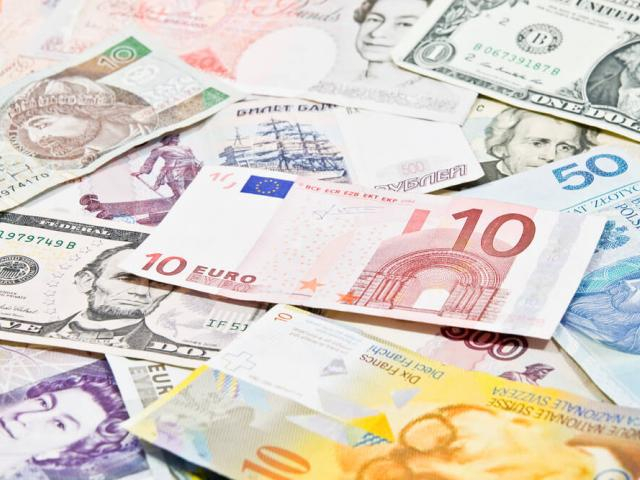 So much for being king of the currency markets.

The mighty Dollar has weakened against every single G10 currency this week after positive data from Europe revived hopes for global economic recovery and boosted appetite for riskier assets. 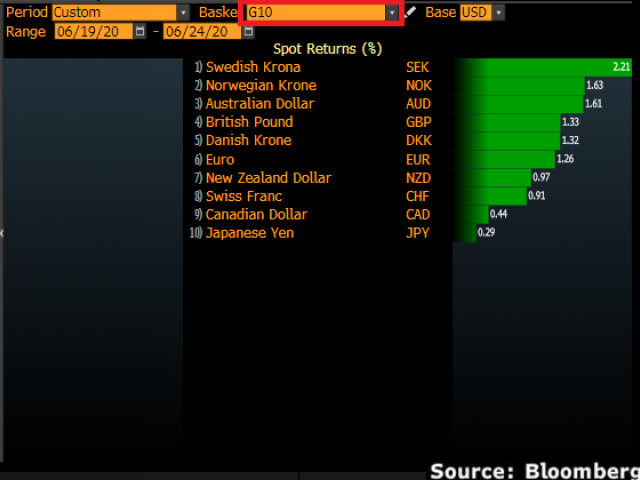 As investors refocused their attention towards stock markets and riskier currencies, buying sentiment towards the Dollar dropped. The Dollar Index (DXY) which measures the value of the Greenback relative to a basket of foreign currencies, extended losses yesterday with prices sinking as low as 96.32.

In regards to the technical picture, the DXY remains in a downtrend on the daily charts as there have been consistently lower lows and lower highs. A solid breakdown and daily close below 96.00 may open a path back towards 94.70 in the medium term.

Alternatively, a rebound back towards 97.80 could be on the cards if a daily breakout above 97.15 is achieved. 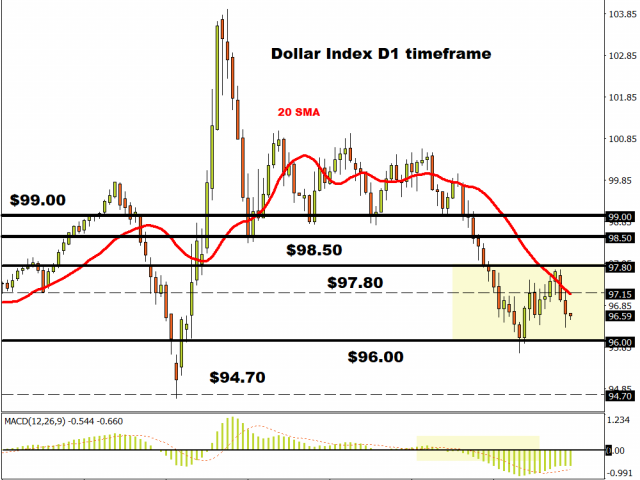 The Swedish Krona has appreciated over 2% against the Dollar this week with prices back below 9.3050 on the charts.

Sustained weakness below 9.3050 may send the USDSEK towards 9.1430. Lagging indicators such as the MACD and 20 Simple Moving average points to further downside if 9.1430 is breached. 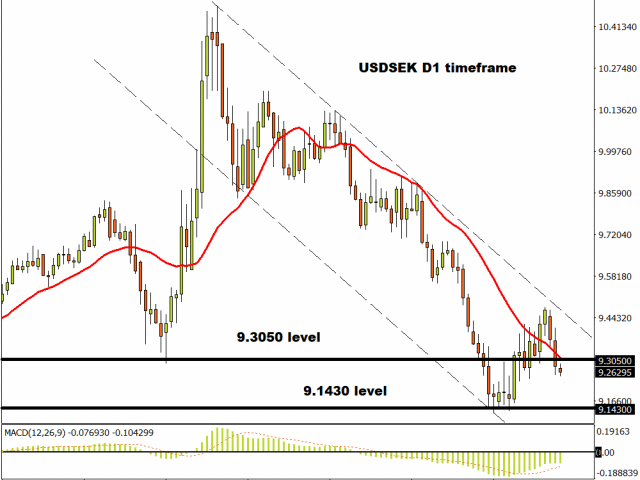 More upside for the AUDUSD?

The AUDUSD is in the process of breaking out above the 0.7000 resistance level. Once this move is confirmed, prices are seen rising towards 0.7070 and 0.7170 in the short to medium term. If 0.7000 proves to be reliable resistance, prices may slip back towards 0.6850. 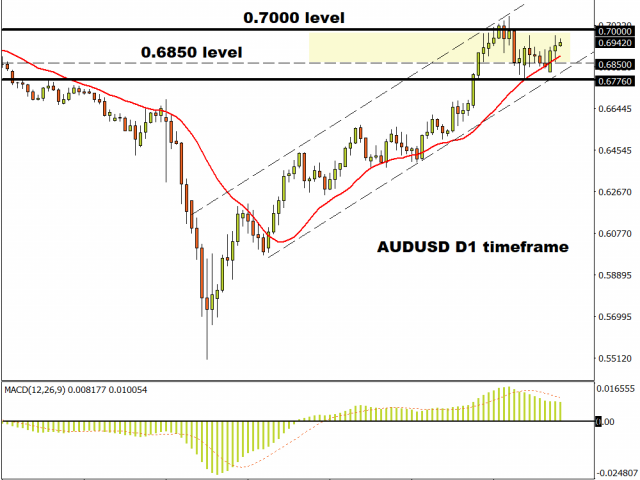 Who would have thought that the Pound would stage a sharp rebound after the taking a beating last week? Given how the primary driver behind the GBPUSD’s rebound is based around Dollar weakness, the GBPUSD has scope to sink lower. If 1.2500 proves to be a strong resistance level, the currency pair may descend back towards 1.2340. On the other hand, an intraday breakout above 1.2550 may trigger a jump towards 1.2650 and 1.2700, respectively. 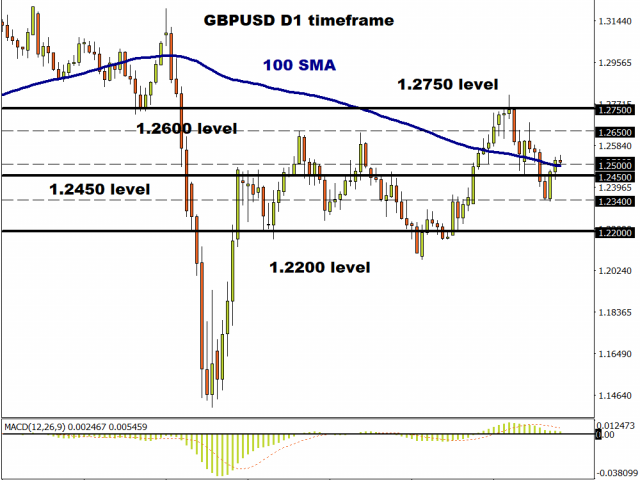 It looks like the USDCHF is gearing for a steep decline on the daily charts. Prices are trading comfortably below the 20 Simple Moving Average while the MACD also trades to the downside. A solid daily close below 0.9400 may signal a move lower towards 0.9315. 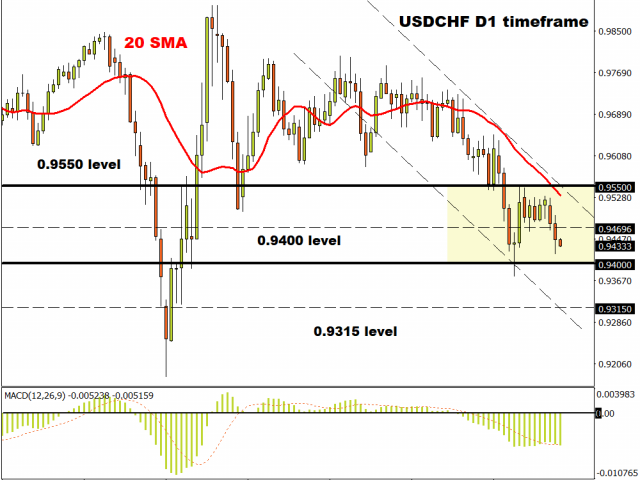 The solid breakdown and daily close below 107.00 have confirmed the bearish trend on the USDJPY. Expect the 107.00 to become a dynamic resistance that encourages a decline towards 105.90 and 105.00, respectively. 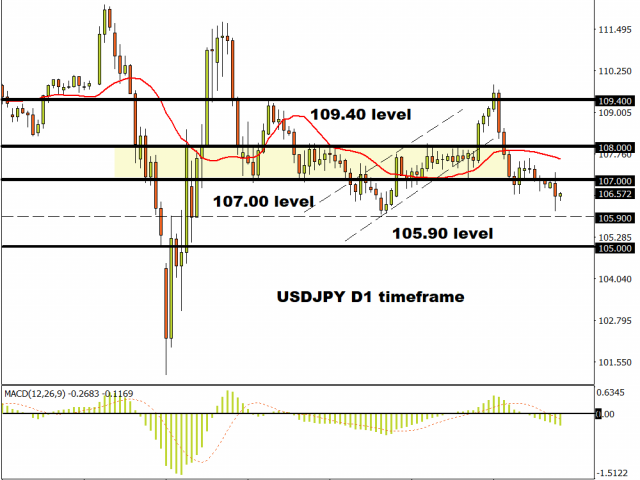 Expect the USDCAD to stage a modest rebound towards 1.3600 as bullish investors exploit the 200 Simple Moving Average around the 1.3500 support. Prices are likely to range in the short term until a fresh directional catalyst is brought into the picture. If prices end conquering the 1.3500 support level, the next key point of interest will be around 1.3300.

Alternatively, an intraday breakout above 1.3630 could open a path back towards 1.3730. 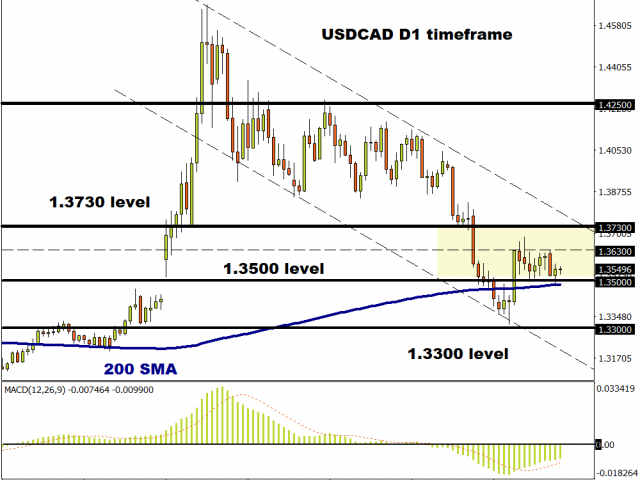