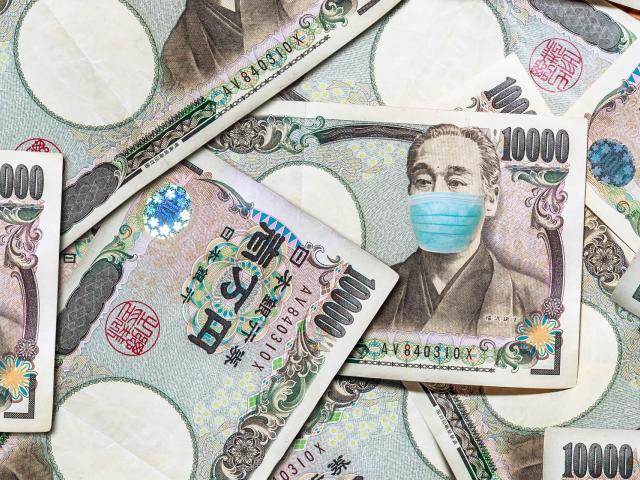 G10 currencies may bully the Japanese Yen this week as growing optimism over a swift economic recovery from the pandemic boost appetite for riskier assets at the expense of safe-havens.

The Yen has already lost ground against major currencies over the past 36 hours, with the most noticeable losses versus the Euro and Swedish Krona. As investors place their hopes in an economic recovery fueled by unprecedented central bank support and handsome fiscal stimulus packages, the Yen and other safe-haven assets may remain in the direct firing line. 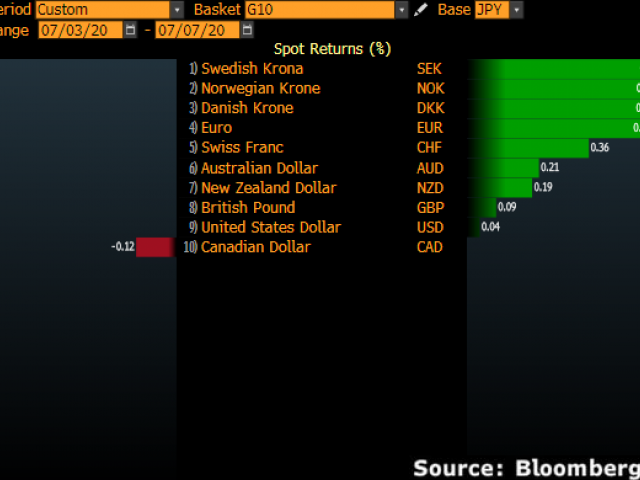 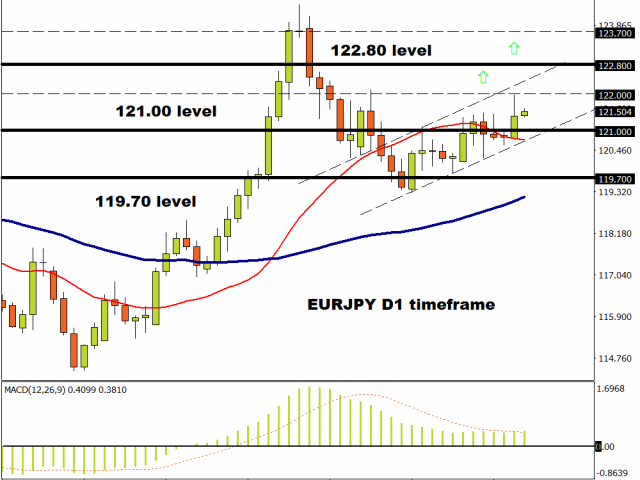 A breakout opportunity is forming on the USDJPY with a weakening Yen potentially pushing prices towards the 108.00 resistance. A solid breakout above this point may open the doors towards 109.40 and 110.20. If prices end up tumbling below 107.00, expect the USDJPY to challenge 105.90. 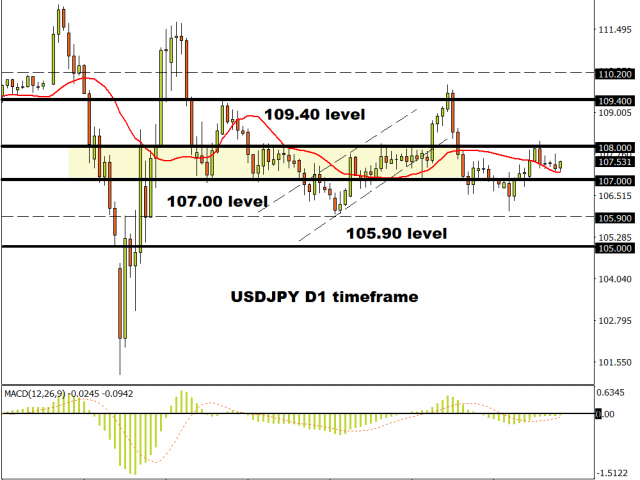 It has been the same story for the GBPJPY for the past three weeks. Prices remain in a wide 340 pip range with support at 131.600 and resistance at 135.00. A solid close above the 135.00 could trigger a sharp move towards 137.00. Lagging indicators like the 20 and 50 SMA in addition to the MACD are in line with the bullish setup. 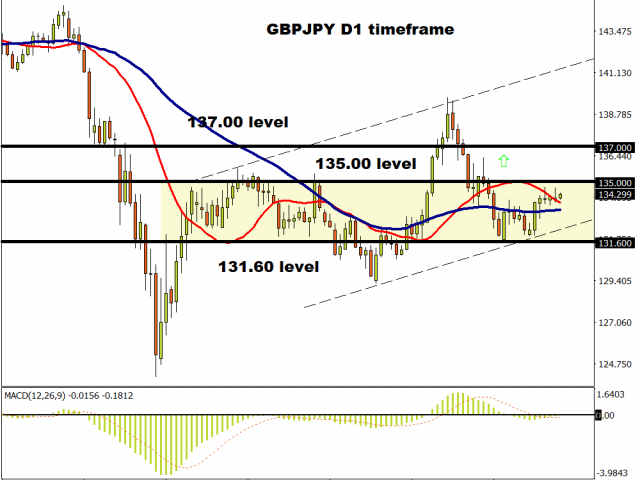 We see some weakness in the Australian Dollar after the Reserve Bank of Australia left interest rates unchanged at 0.25%. The AUDJPY may weaken towards 72.80 in the short term if an intraday breakdown below 74.40 is achieved. Alternatively, a softer Yen could provide enough support for the currency pair to test 76.50. 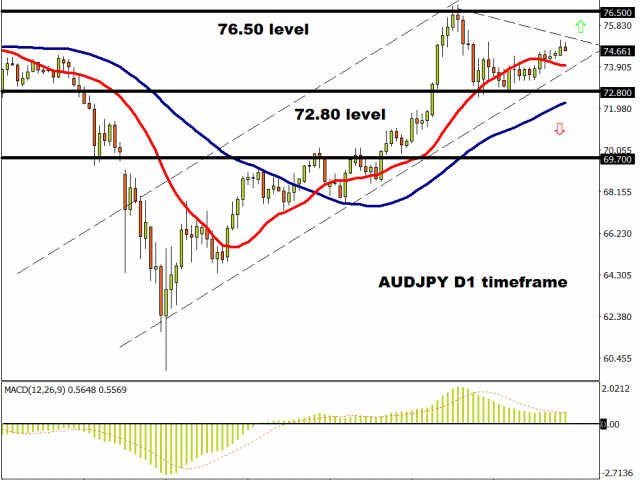 Since we are discussing safe-haven assets, it does not hurt to speak about Gold which is just over $16 away from the $1800 level.

The precious metal may struggle to push higher in the near term amid the improving mood with the next key level of interest around $1765. 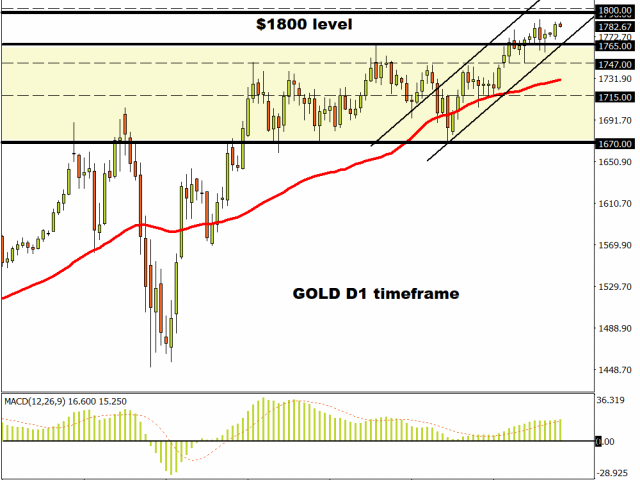