JPMorgan to kick off US earnings season 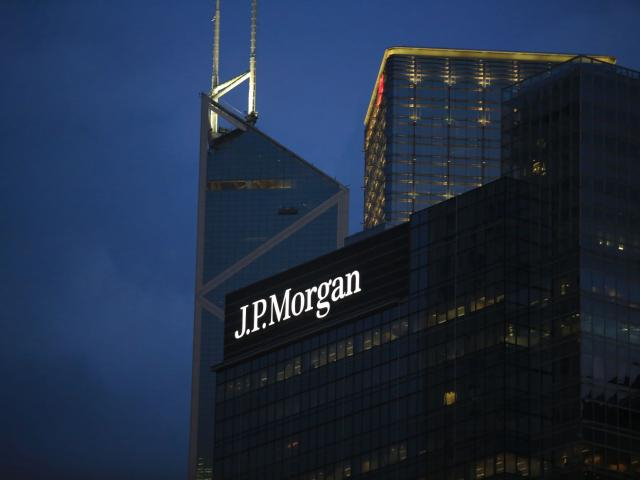 The upcoming Q2 results from US-listed companies are set to be a horror show; probably the worst since the Global Financial Crisis. While the reported numbers from the first three months of 2020 only showed what a few weeks of the global pandemic could do to Wall Street’s earnings, these upcoming releases are set to reveal three months worth of damage.

Before the US markets open on Tuesday, JPMorgan Chase & Co. will be the first out of the blocks for the imminent reporting season, and markets are not entirely sure what to expect for America’s largest bank.

Perhaps the most pressing concern for shareholders is how much money are banks setting aside in anticipation of customers not being able to service their loans in the future. A bigger amount of money that’s set aside for what’s known as ‘loan-loss provisions’ could send a risk-off signal to the markets, indicating that banks are bracing for more financial hardship among its customers. The estimates for JPMorgan’s credit loss provisions range from US$2.4 billion to nearly US$10 billion for Q2.

With over 18 million Americans still jobless in June in the wake of the lockdown measures, that is likely to deal a major blow to credit card spending and the issuance of new loans. In other words, Q2 was likely a much harder time for banks to make money.

JPMorgan’s shares have clearly reflected the woes expected to befall the US banking sector, along with the persistent fears surrounding the US economic outlook. Its shares remain over 30 percent lower compared to its record high of $140.92 on January 2 this year. Even its almost-22 percent gain since March 23 pales in comparison to the S&P 500’s and the Dow’s 40-plus percent surge registered respectively during the same period. 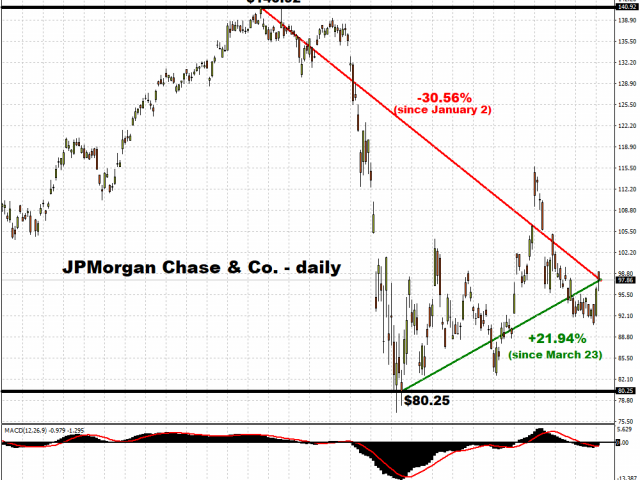 Beyond the Q2 results, the rest-of-2020 outlook by JPMorgan is set to have the greater impact on the share’s immediate term performance. Should the largest US bank express the belief that the worst of the pandemic’s ill effects are over, that could push its stock price back above the $100 psychological level.

However, a heavier emphasis on explicit concerns surrounding the surge in US infections, which heightens the prospects of another nationwide shutdown that hurts the bank’s customer base, may make for a sluggish performance for JPMorgan’s shares until there is greater confidence in the US economic outlook.