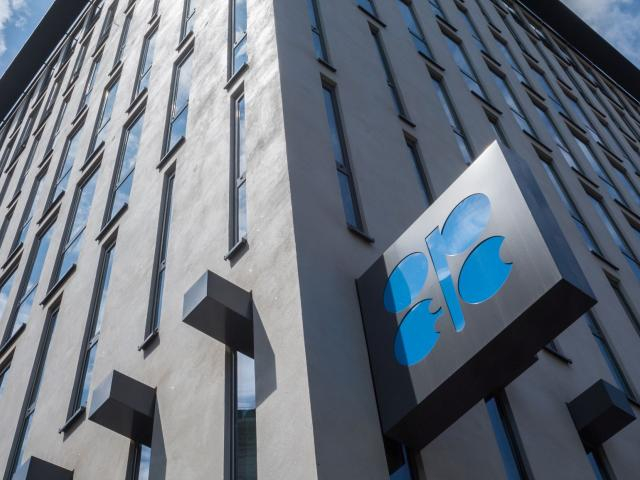 Benchmark Oil prices continue to mark time as OPEC readies its decision today on its supply cuts programme. Markets are expecting the alliance of major Oil-producing nations to start easing off on the 9.6 million barrels a day (bpd) it has been withholding from the markets since May, and potentially reduce that number to 7.7 million bpd starting in August.

Such expectations have kept Brent within the lower-$40/bbl range, while Crude has not strayed far from the $40/bbl psychologically-important level. 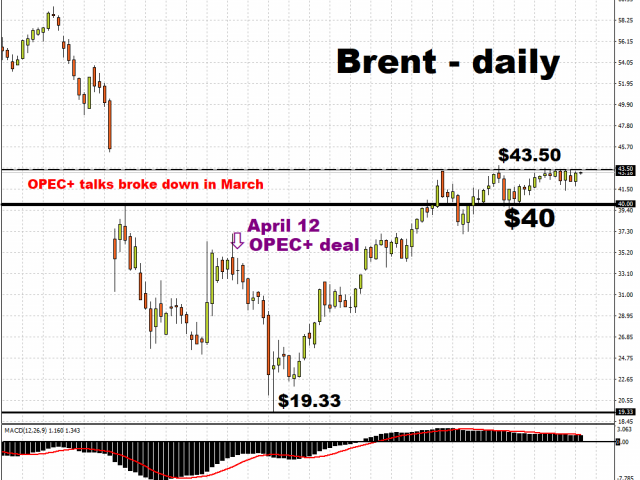 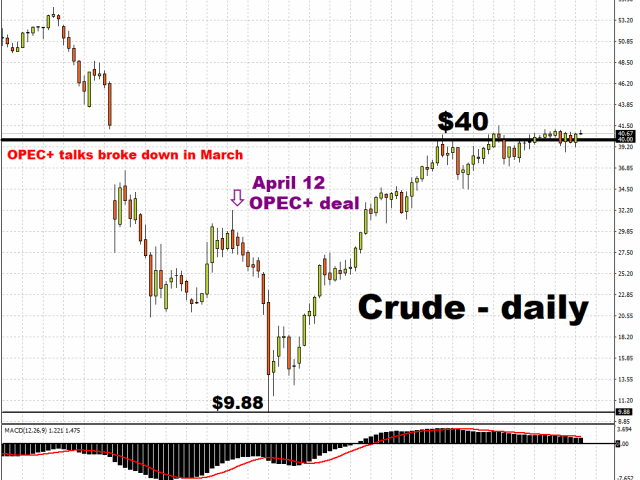 As seen in the charts above, the unprecedented output cuts that were agreed to on April 12 was a necessary component to helping Oil markets adjust to the pandemic, considering the demand destruction wrecked by global efforts to contain the coronavirus. The promise of removing about 10 percent of global output (equivalent to 9.6 million barrels per day) helped Brent and Crude overcome the dramatic losses seen in March and April, although prices still remain far below their respective year-to-date highs.

While the reopening of major economies suggests that the world is ready for more Oil supply, concerns remain over whether OPEC may be deciding to pull back on its supply cuts too quickly, considering the still-fragile recovery in the global economy. With the surge in US infections that has prompted delays in the reopening plans of some states, along with pockets of reimposed shutdowns in other major economies, the demand for Oil has a long and treacherous path ahead before it can be restored to pre-pandemic levels.

Such concerns may be tampered should OPEC announce that members who did not fully adhere to the proposed supply cuts in May and June, would have to keep their respective production levels lowered for longer, potentially through September. That could help offset the incoming supply from other OPEC members who have been holding up their end of the bargain in recent months.

OPEC will have to get this tricky balancing act right, or risk spooking the markets.

The base case that markets appear to be pricing in for today's key decision is that OPEC will relax production cuts gradually, starting next month. In the off chance that OPEC decides to extend its output cuts of 9.6 million bpd into August, that may push Oil prices even higher, provided member nations actually comply with the agreement. However, should market participants get the sense that too much supply is returning too quickly, that could see Oil prices pare recent gains and falter back into sub-$40 territory.