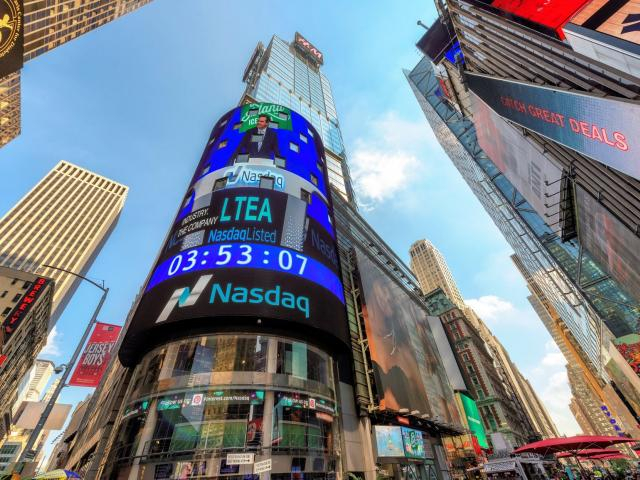 Risk appetite is edging higher on news that major economies are closer to getting another round of fiscal stimulus, amid promising developments in the quest to find a vaccine for Covid 19. Yet the overnight gains on Wall Street appear largely concentrated within the tech sector, as has mostly been the case since Q2.

The rally in tech stocks beggars belief, with the ND100 minis soaring 66 percent since its March 23 low. However, from a technical perspective, it may be poised for a minor pullback in the near-term. 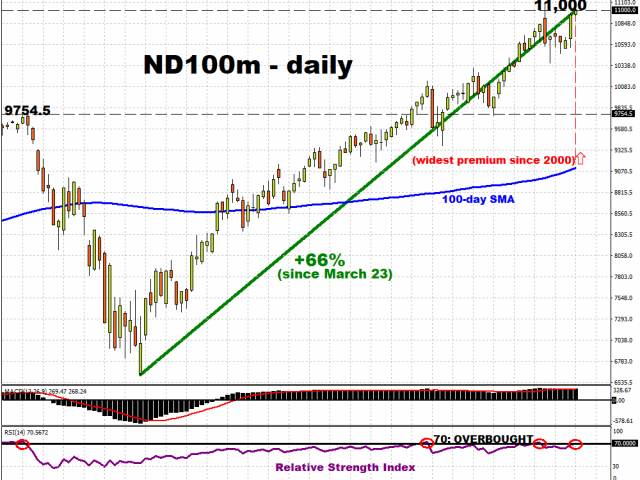 Its 14-day relative strength index (RSI) has now crossed above the 70 threshold once more, which indicates that the asset is now overbought. In recent occurrences, such a technical event (14-day RSI crossing into overbought territory) would trigger a decline in the benchmark index. To be specific, the June 11 episode was followed by a 5.27 percent fall in the Nasdaq. On July 13, after the same technical phenomenon, the tech-heavy index then fell by 2.13 percent.

Doubts have long been posed over the sustainability of this rally. After all, the spread between the Nasdaq 100 and its 100-day simple moving average now exceeds 20 percent, which is its widest since the dot-com peak in the year 2000.

Still, to be fair to Nasdaq bulls, prices have been able to shrug off such drops and promptly swung around to post new record highs, with the ND100m now testing the psychologically-important 11,000 mark once more. At the time of writing, gains in the Nasdaq 100 minis are outpacing the S&P 500 futures, pointing to another day of advances for US equities led by the likes of Amazon, Alphabet, and Tesla.

From a fundamental perspective, the digital world appears to be thriving in an era whereby “normal” economic activity which requires physical interaction is being shunned. Such a narrative has to come across clearly in the Q2 earnings announcements from the tech sector over the coming weeks, especially with regards to what these companies convey in their respective outlooks for the rest of 2020. Otherwise, it may give investors cause to pare back their holdings of these mega stocks and find value elsewhere.