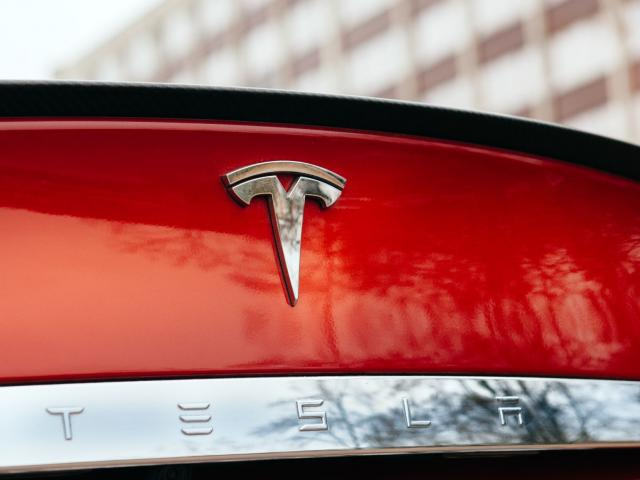 Tesla shareholders are set to face a litmus test when the electric carmaker’s Q2 earnings are released after US markets close on Wednesday.

Even though some profit-taking resulted in the stock falling by 4.54 percent on Tuesday as it faltered below the psychologically-important $1600 level, it was a mere scratch in Tesla’s meteoric year-to-date performance. Tesla has gained nearly 275 percent since the start of the year! 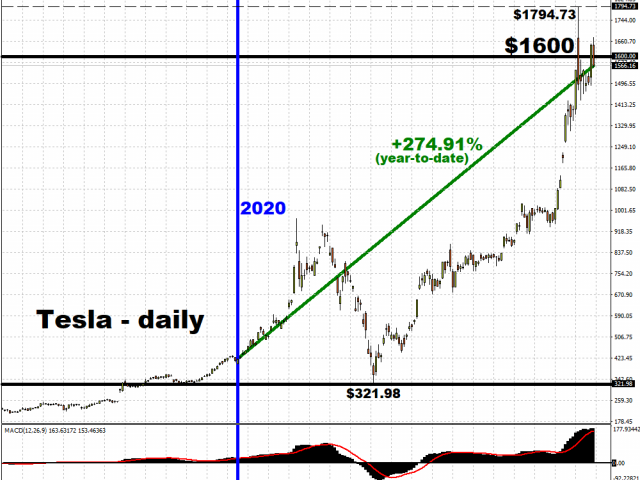 The surge has propelled Tesla to becoming the world’s most valuable automaker, and CEO Elon Musk to 9th place on the world's richest list. With a market capitalisation of just under US$291 billion, Tesla is now larger than Toyota, Volkswagen, and Hyundai combined. Given Tesla’s heft and weight in the financial markets, it appears to only be a matter of time before it’s included into the S&P 500 index; an event which could spur even more buying of the stock.

For its Q2 financial results, analysts expect Tesla’s run of three consecutive quarters of profit to come to a halt, with a forecasted pretax loss of US$289 million for the period. That’s even as the company announced earlier this month that it delivered 90,650 cars for the three months ending June, which is better than the 83,000 units expected.

The primary consideration for fundamentals-driven investors is whether Tesla’s financial outlook can justify its hefty price tag. Tesla’s price-to-earnings (P/E) ratio is currently at a jaw-dropping 9920.36. In other words, investors are paying nearly US$10,000 for every one Dollar that Tesla earns. In comparison, shareholders of the world’s most valuable company, Amazon, are paying less than $150 for every dollar the e-commerce giant earned, given Amazon’s P/E ratio of 149.94.

Investors considering Tesla’s earning potential will be closely watching its global expansion plans, with China very much central to the company’s quest of posting its first-ever annual net profit. Registrations of Tesla vehicles in China soared to a record high of 14,976 in June, which is 32 percent more than the month prior, as passenger-vehicle sales recovers in the world’s largest automotive market. It’s estimated that Tesla’s market share of China’s electric cars segment stands around 25 percent. In addition to the automaker's deliveries out of its Shanghai factory, which commenced this year, it also has a mid-2021 target start date for its European plant near Berlin, while Musk has hinted at entering India. Such geographical diversification can help offset the waning sales in the maturing US market.

Soon, markets will find out whether Tesla’s financial realities can match up to such inflated valuations, even as investors price in their excitement over the company’s prospects. With the electric carmaker reportedly informing its staff to aim for an all-time high in vehicle deliveries this quarter, perhaps Tesla’s shareholders will be making similar pursuits and aiming for new record highs as well.