Technical outlook: Gold on path to $2000 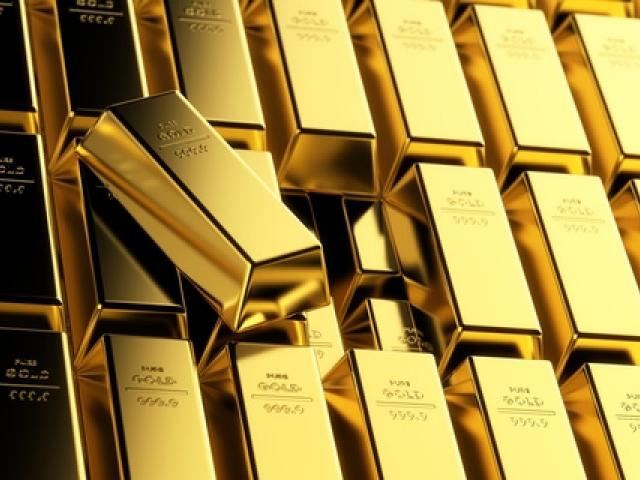 Everybody is talking about Gold after the precious metal made history on Monday by soaring to an all-time high above $1944!

Escalating tensions between the United States and China, a broadly weaker Dollar and no competition from bond yields have certainly boosted Gold’s glittering appeal over the past few weeks. The precious metal has gained almost 30% since the start of 2020 and is currently trading less than $60 away from the psychological $2000 level. 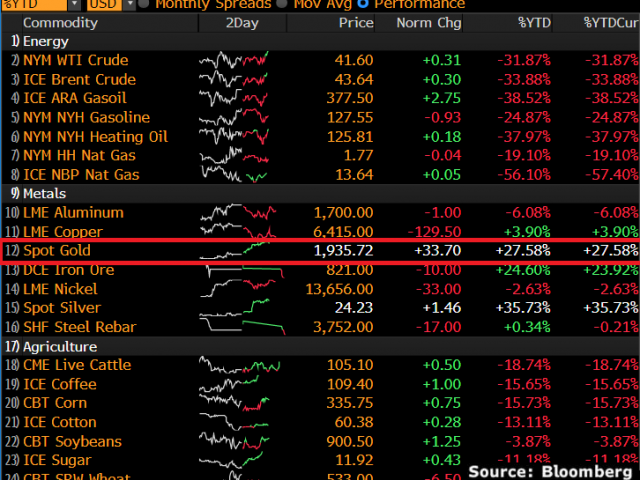 If the current themes influencing market sentiment remain intact, the precious metal could hit $2000 during the third quarter of 2020. It must be kept in mind that the fundamentals remain highly in favour of Gold bulls while technical are aligning for another leg higher in the longer term. However, there could be a technical correction back towards $1900 and possibly lower in the short to medium term before bullish investors get back on the offence.

Multiple-time-frame-analysis (MTFA) could be an effective strategy to exploit Gold’s explosive movements.

MTFA is a method of analysing long-term, medium-term and short-term chart time-frames to achieve an accurate entry or exit when trading the markets. Three time-frames are commonly used for getting the most relevant price movements without cluttering up the picture with too much information. In this instance, we will be using the 1 hour, 4 hour and daily timeframe.

The precious metal is heavily bullish on the hourly timeframe as there have been consistently higher highs and higher lows. Prices are trading above the 20 Simple Moving Average (SMA) while the MACD trades to the upside. A solid hourly close above the $1944.99 all-time high may open the doors towards $1950.

If prices fail to keep above the $1932 higher low, this could trigger a technical correction back towards the $1905 level. 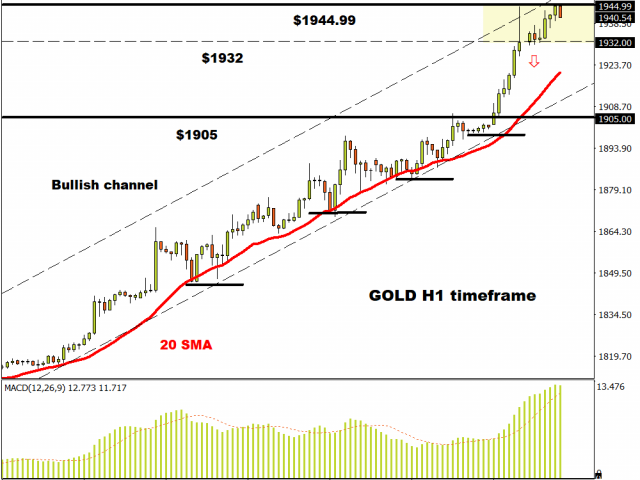 When using the Bollinger band indicator, Gold may be overbought as prices are continually touching the upper band. Should the $1945 level prove to reliable resistance, the precious metal could decline back towards $1900-$1895 which will create a new higher low on the H4 timeframe. 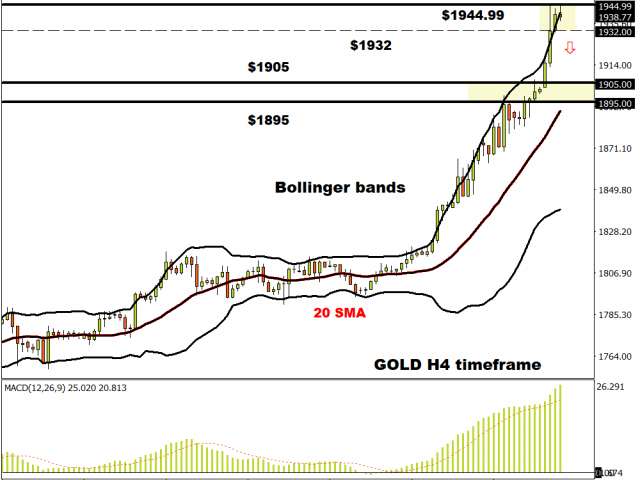 Gold is on route to posting its seventh consecutive days of gains. Bulls may need to take a breather after such a marathon marathon before challenging the $2000 level.

Sustained weakness below $1950 could trigger a decline back towards the $1905-$1900 regions. A deeper correction has the potential to send the precious metal to the $1850 regions before prices rebound back towards all-time highs. 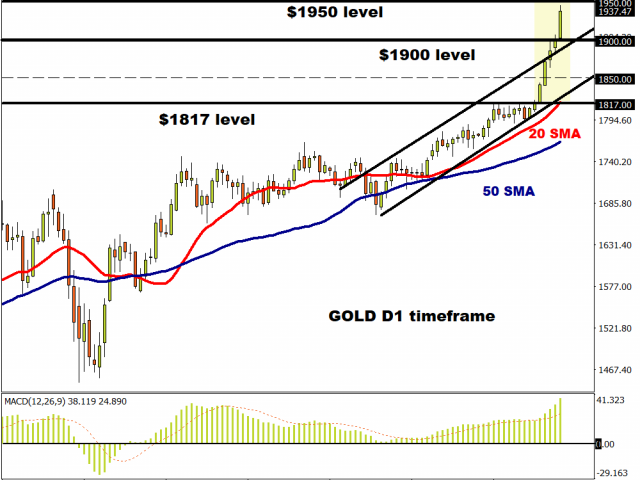