Dollar fights back; Gold steadies around $1950 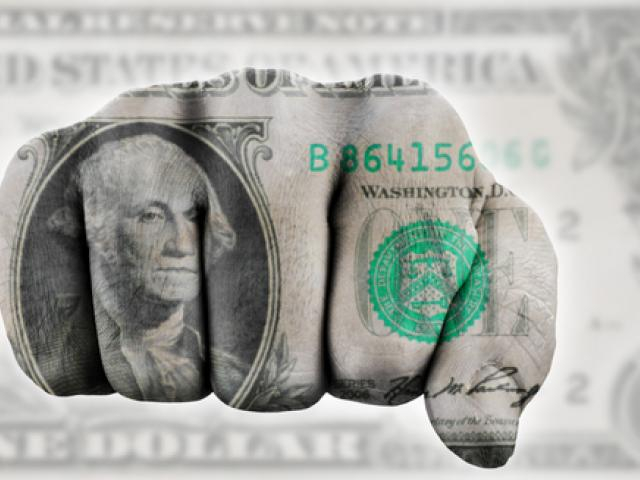 The mighty dollar is endeavouring to track higher for the first time in seven sessions after a sharp pullback in gold prices overnight and early in the European session. The yellow metal could not sustain highs above $1981 and collapsed after that new peak, before spiking lower again to $1907 on profit-taking. Bulls and bullion bank short covering have steadied the shiny ship however and we are trading above $1950 once more. 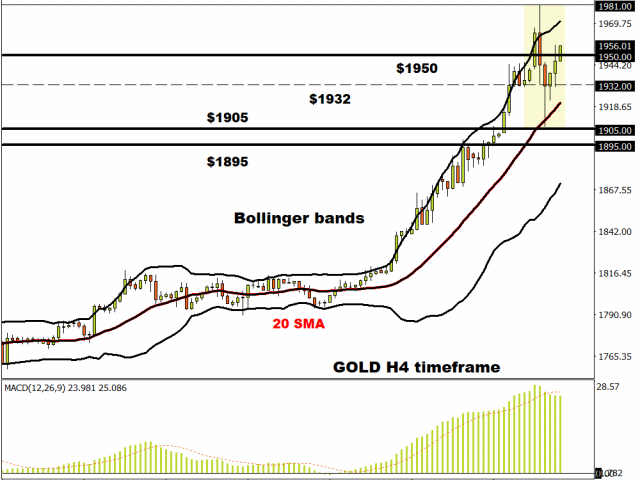 Gold futures (December contract) have touched $2,000 to attract the headlines, but a 10% advance over the past eight sessions does suggest some consolidation would be welcome for gold bugs. Of course, fundamentals are still glowing with low real yields, expansive fiscal and monetary policy, and diversification well-known and well supported.

The Republicans have put forward their latest relief package, but it does not have the Democrats support as yet so expect more delay and discussions with current support programs expiring soon. The Fed meeting takes centre stage tomorrow with the market expecting soothing dovish words from Chair Powell. A more sober assessment of reality, similar to what happened during the June meeting may hurt risk appetite.

GBP is the strongest major today and is also fighting back against the Euro as EUR/GBP trades below 0.91. There appears to be quite a resistance zone around that level with the June high at 0.9175 above. 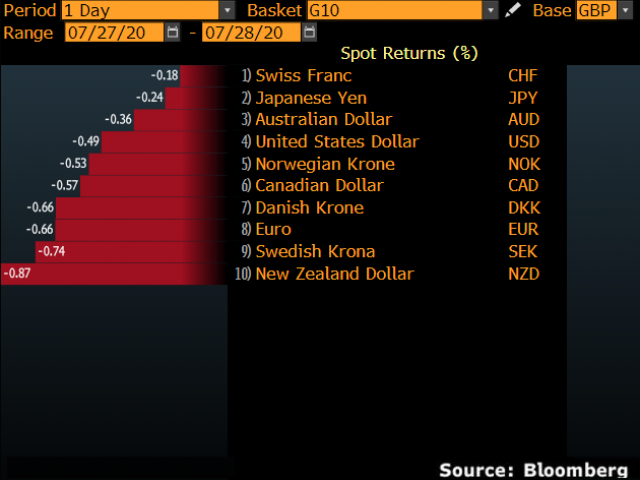 Lingering longer-term concerns around stalled trade talks and the government’s response to the pandemic are not hindering the pound at present. Eight straight days of gains versus the greenback is the most for any major so we should expect some retracement soon as momentum indicators are now overbought. 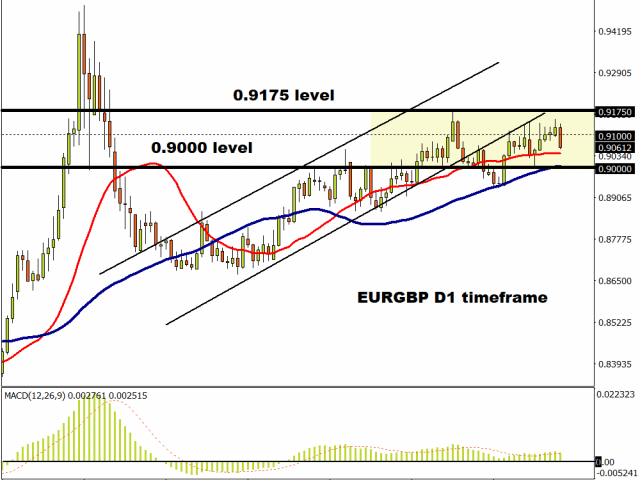 The downside break of DXY through the March low has pushed USD/JPY down past the recent cycle low at 106.07 and on towards 105. A break of this level would not be surprising due to the recent range trading with the next target at 104.65, but the pace of the decline may slow now as short-term conditions looks oversold. Resistance above lies around 106.30. 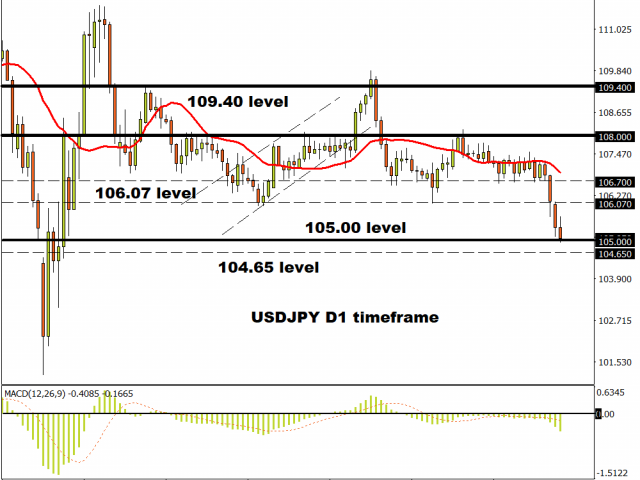