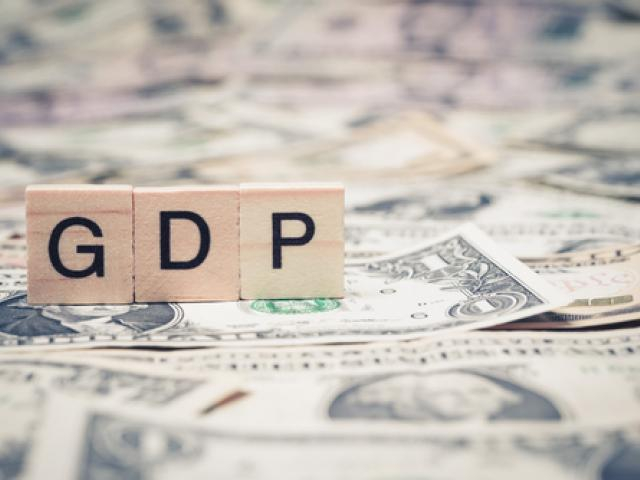 As expected, the US economy shrunk the most in post-war history as the unprecedented lockdown closed businesses and left millions out of work. The 32.9% print was actually slightly better than the 34.1% decline expected by analysts. The previous record of a 10% contraction, which now appears meagre, was recorded way back in the first quarter of 1958.

As we saw from last night’s Fed warning about the fate of the world’s largest economy depending ‘significantly on the course of the virus’, traders are mindful of the rocky road to recovery as renewed curbs on business stall hopes for a V-shaped bounce back. The weekly claims data has backed this up with the second straight rise and continuing claims also jumping higher.

We had a slew of mixed data out of Europe earlier today with a sharper than expected fall in Q2 GDP, but much better than forecast unemployment figures. This has buffeted the EUR with the dollar marginally bid on the day, but stocks are getting hit hard in Europe as the US opens in the red. All eyes are now turning to the results of the Big Tech 4 (Facebook, Apple, Alphabet and Amazon) who release their latest earnings after the closing bell in the US.

Selling pressure has moderated though the European session and the single currency is now pushing up to 1.18. First resistance comes above at 1.1830, before 1.1876 and 1.19, while support lies just below 1.17.

A move higher looks to be a matter of when rather than if, with the resounding structural weakness of the greenback to the fore. The continued wrangling of the next stimulus bill Stateside is not helping, with negotiations looking unlikely to be concluded before tomorrow’s expiry of unemployment benefits. 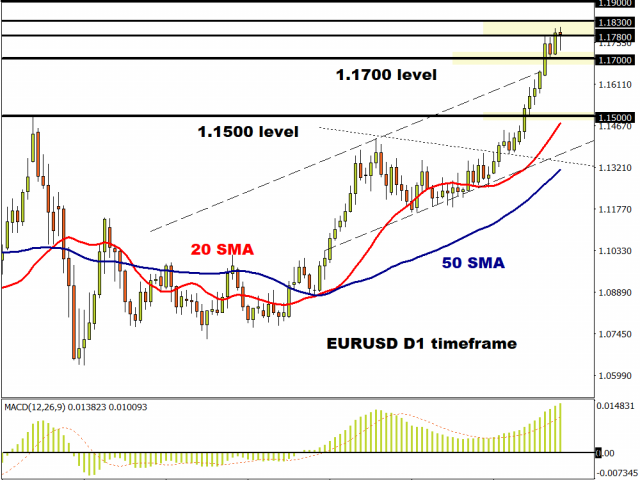 Cable continues to power on

Many traders are scratching their heads at the relentless march of GBP/USD, now on its tenth day of gains. Dollar weakness is the simple explanation, plus real demand for sterling. The key driver of GBP is the Brexit trade negotiations which appear to be at a standstill.

Momentum indicators are overbought but bullish oscillator indicators are still lined up for more gains. Support comes in around 1.2950 if we do move lower, but for now enjoy the ride! 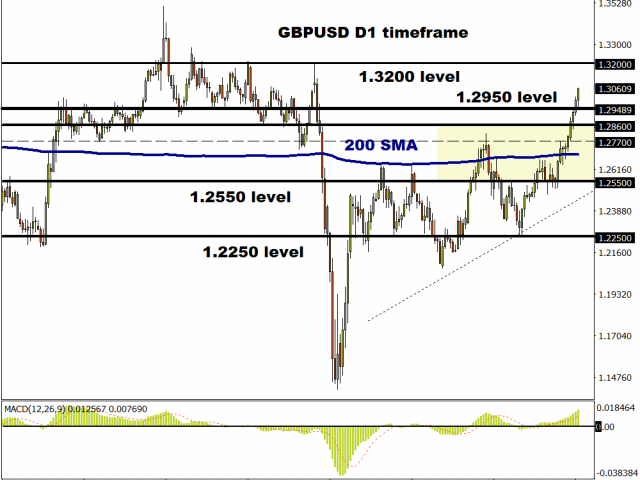