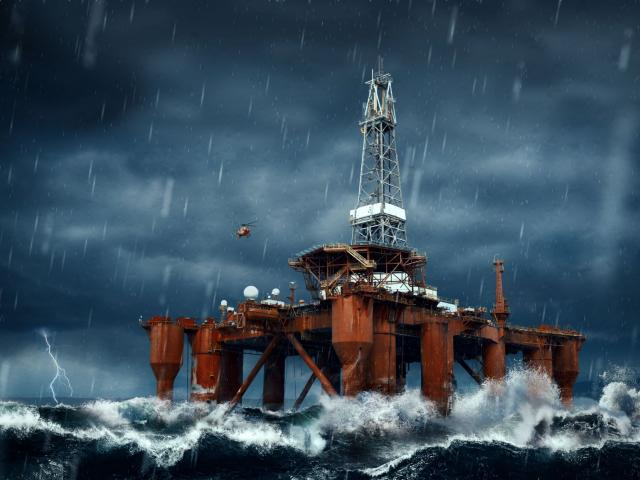 Crude Oil is holding steady around the $42.50 per barrel line, even as back-to-back storms threaten to crimp US Oil production in the Gulf of Mexico.

Hurricane Marco is set to make landfall in the state of Louisiana on Monday, with the larger and potentially more damaging Tropical Storm Laura following hot on Marco’s heels. About 58 percent of Oil output and 45 percent of natural gas production in the Gulf of Mexico have already been shut, according to the US Department of the Interior.

Although hurricanes are an annual phenomenon for these oil platforms, to have two in quick succession could ensure that Gulf output stays lower for longer, potentially lifting Crude prices higher. 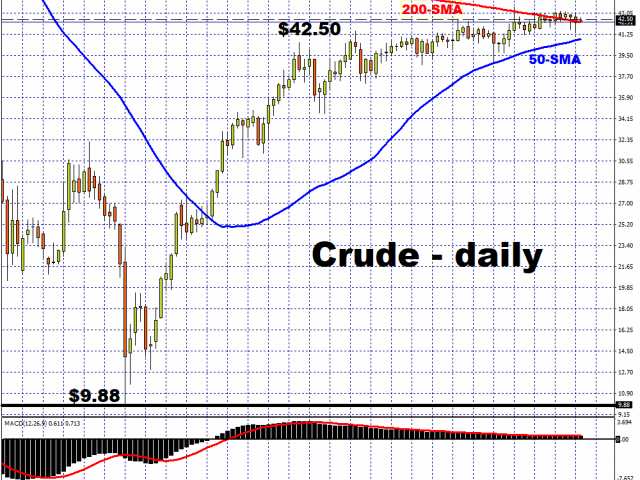 On the daily chart, note that Crude has edged above its 200-day simple moving average (SMA) over recent days, aided by last week’s 1.6 million-barrel drawdown in US crude stockpiles.

Looking ahead, the extent of the storms’ impact on US oil output could determine whether Crude prices can push meaningfully higher above that technical indicator (200 SMA), even as it remains guided upwards by its 50-day SMA. Crude Oil remains set to carve out a fourth consecutive monthly gain, with its benchmark futures contract having already advanced by over 4.5 percent thus far in August.

Even though five storms have already hit the US so far this year, the recovery in global Oil prices has lured producers back into the game. The total number of active Oil rigs in the US rose by 11 to 183 last week, according to Baker Hughes data. The prospects of more incoming supply could still dampen Oil’s upside.

On the demand-side however, investors are still concerned over the flare-up in coronavirus cases in Europe and Asia. South Korea is at risk of a “massive nationwide outbreak”, with the government mulling bringing back the highest level of social-distancing measures, which would hit its economic recovery. With global cases now topping 23.3 million, while deaths have exceeded 807,000, the global economic recovery could be severely hampered as major countries struggle to get a grip on the pandemic.

With Oil prices stuck between the potential supply-side tailwinds and the demand-side drag, Oil prices could well stick to its tight range until the supply-demand dynamics can demonstrate a more obvious tilt either way.