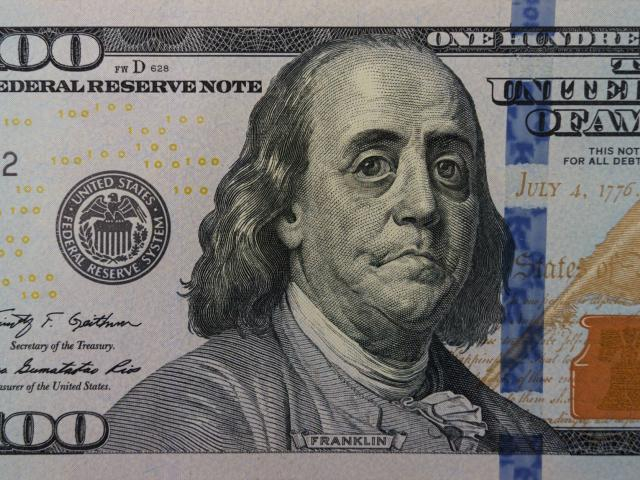 The world’s reserve currency has continued to weaken during the European trading session hitting major levels in many pairs. USD/CNY has fallen to its lowest level since May 2019 as it moves closer to the 6.80 level, DXY slipped below 92.00 and EUR/USD surged through the magical 1.20 barrier before paring back some losses.

Last week’s decision by the Fed to adopt a flexible average inflation target is still encouraging renewed US dollar selling with risk sentiment constructive on the first day of September also not helping the poorly greenback. The million-dollar question, so to speak, is the possible conundrum the Fed faces - despite rising breakeven inflation rates in the US, inflation expectations remain too low if investors really believe the Fed is able to create 2% inflation. This therefore puts pressure on the Fed to deliver something to build up credibility in the new regime right away.

Otherwise, today has been busy with data showing EZ inflation fell well below expectations in August, turning negative for the first time since 2016 and a far cry from the ECB’s inflation target of just under 2%. How long does it take before President Lagarde follows Chair Powell in adopting AIT?

Germany published better than expected unemployment figures, Eurozone countries released mixed new and revised PMIs and we also had an RBA meeting overnight which kept rates unchanged as expected, but crucially did not express any discomfort with the ongoing currency appreciation.

With pressure building on the ECB to right the inflation ship, next week’s meeting will be keenly watched, although it’s very unlikely to alter its policy rate. Instead expect an increase in its pandemic bond buying programme at one of its upcoming meetings.

Having consolidated for more than a month, the EUR isn’t overbought at present so a meaningful close above 1.20 should see more gains. There aren’t many barriers overhead until above 1.23 where there is a zone of congestion. If we can’t sustain any decent upside momentum, prices will drop back into the 1.17-1.19 trading range. 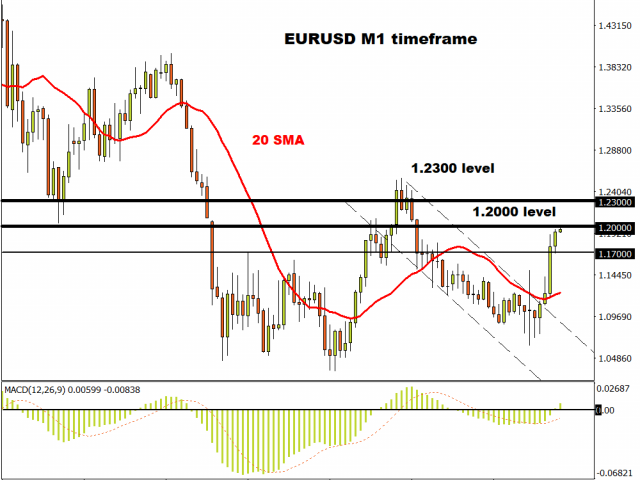 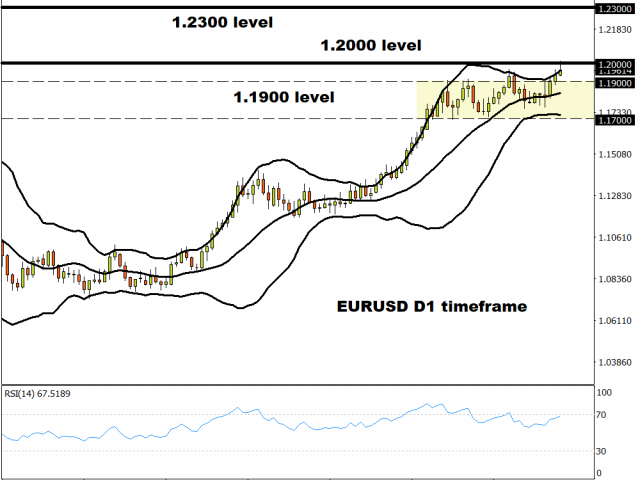 RBA sticks to the script

The RBA has effectively exhausted conventional monetary policy by cutting the OCR to 0.25% and ruling out rates below zero. The status quo was pretty much continued at today’s meeting, but the bank did expand its funding facility and asserted it continues to consider further policy measures.

After breaking higher on Friday and closing the week strongly, there are high hopes of pushing prices up towards 0.75. However, prices are overbought now and a pause for breath is healthy after the one-way buying traffic since March. A move below the recent cycle high at 0.7275 negates the break higher. 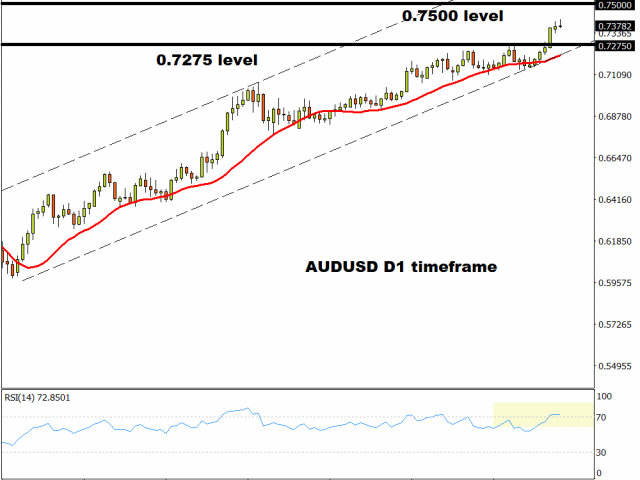