How long can the Dollar comeback last? 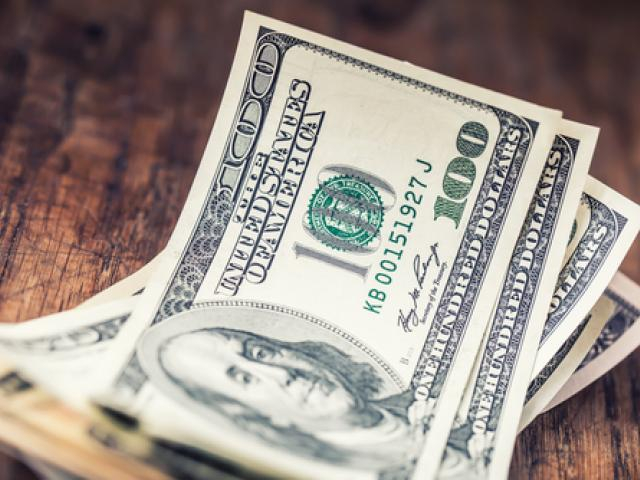 Since May, the Euro had gained almost 10% versus the Dollar and the nominal effective exchange rate was at its highest level in more than six years, even if it had only appreciated 5% during the same three-month period. This kind of abrupt currency strengthening always raises questions about the impact on the economy and any policy reactions, especially as we have an ECB meeting next week.

And right on cue, the ECB’s Chief Economist Lane was on the wires yesterday saying, “the euro-dollar does matter”.  So, is this the start of verbal jawboning to get the single currency lower? That remains to be seen, but traders have reacted and the dollar has strengthened today, with 1.20 proving tough resistance.

Very heavy positioning against King Dollar and for the Euro is also something to bear in mind, while the USD tends to rally into US presidential elections and the risk of a contested result as the polls narrow may provide further support for the USD. That said, the broader trend is well set, with ADP employment data today also disappointing and the negative fundamental headwinds for the green back remain.

Today’s data out of the Eurozone hasn’t helped the single currency with German retail sales especially disappointing, but the generally positive PMIs yesterday around the world are good news for the cyclical EUR in the longer-term.

We are now back in the range of the last few weeks with yesterday’s shooting star not a great sign for the many bulls. The long-term trend is still intact with price action since late-July continuing with higher highs and higher lows. Downside looks to be supported around 1.1825 with 1.1750 below that on the 4-hour chart. 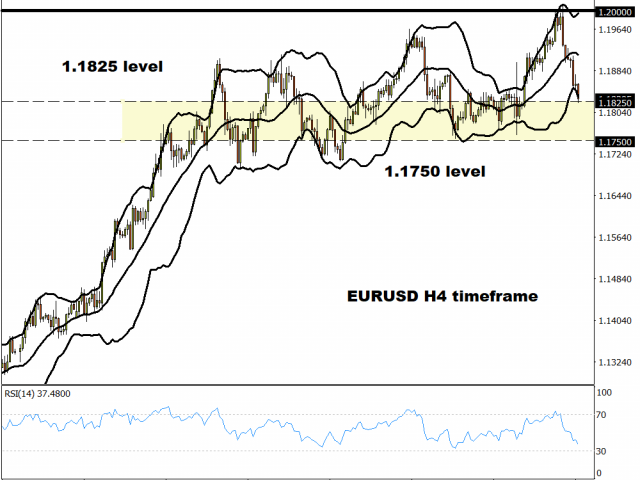 Cable got very close to 1.35 on the Dollar weakness, but like the EUR, backed off and printed a bearish candle. A potential formal request for a new Scottish referendum may weigh going forward, while today we get a plethora of BoE appearances which could get some attention.

1.33 should offer some near-term support, otherwise we fall back into the August range. If the dollar starts to weaken again, bulls will target 1.34 and then yesterday’s high at 13482. 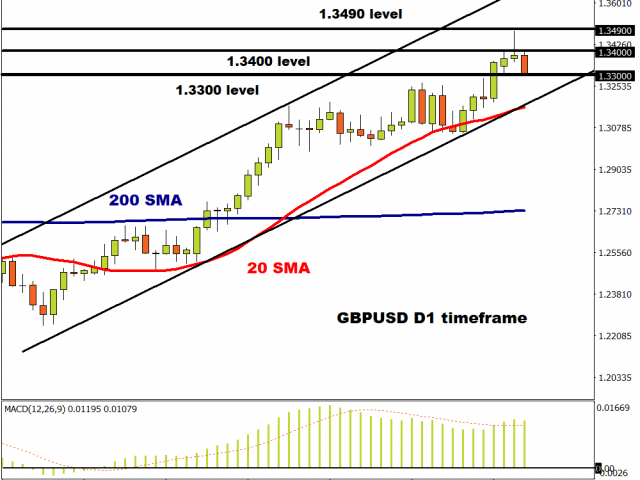