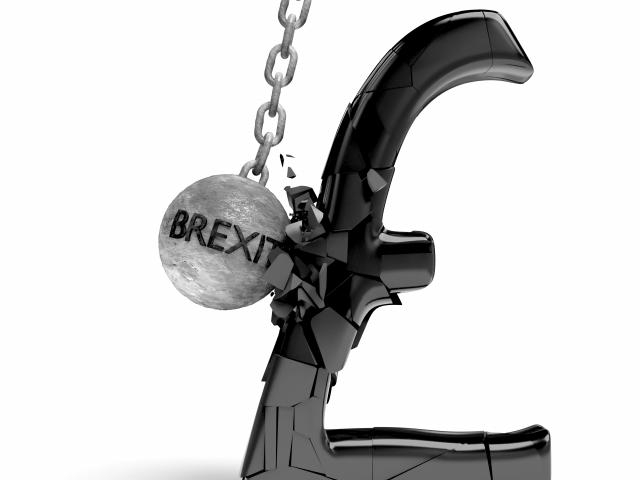 In yet another shocking twist to the four-year-long Brexit saga, Prime Minister Boris Johnson has threatened to ‘move on’ if a trade deal is not reached with the European Union by October 15.

It does not end here. Reports are circulating over the government making plans to dilute commitments to maintain an open border between the U.K’s Northern Ireland and European Union member Ireland. Naturally, this introduces another element of uncertainty and pours cold water to any remaining optimism over a breakthrough deal before the mid-October deadline.

One just can’t help but feel a familiar sense of déjà vu from the current events, as it has been the same old story with Brexit since Britain narrowly divorced the EU back in 2016. It’s just quite comical and coincidental how this electrifying development comes just 24 hours before the 8th round of Brexit talks get underway.

Intensifying fears around the United Kingdom leaving the European Union with no-deal by the of 2020 haunted investor attraction towards Sterling.

It has weakened against every single G10 currency today and could extend losses this week if the 8th round of talks ends with more disappointment. 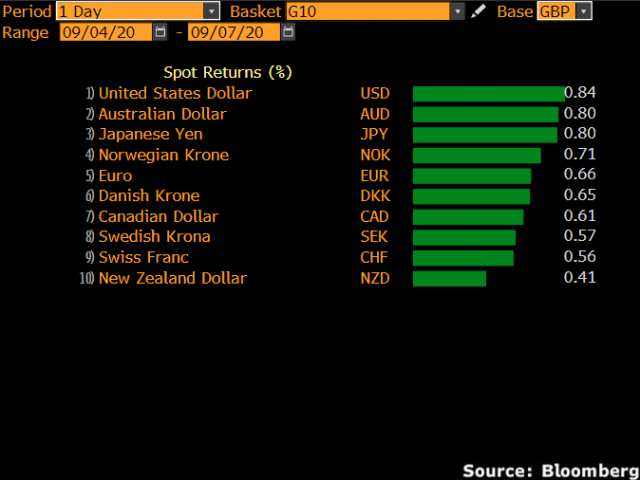 Focusing on the fundamentals, a hard-Brexit is the last thing the United Kingdom needs right now after officially entering an economic recession for the first time in 11 years. The country is still nursing deep wounds inflicted by COVID-19 and lockdown restrictions which essentially suffocated the economy. A hard-Brexit not only compounds to the uncertainty but will result in the United Kingdom having to revert to WTO rules - adding potentially higher tariffs and quotas to a range of UK goods.

Looking at the monthly timeframe, believe it or not, the GBPUSD remains in a very wide range with support around 1.2100 and resistance around 1.3400. Prices have bounce within this range since June 2018. A solid monthly close above 1.3400 may open a path towards 1.3800. However, should 1.3400 prove to be reliable resistance, prices may decline back towards 1.2800. 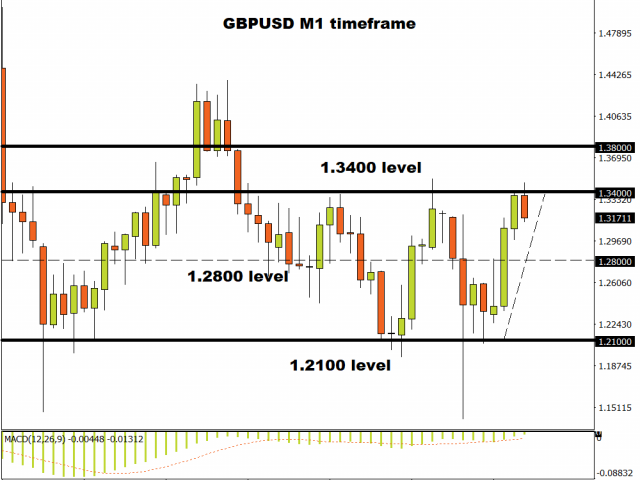 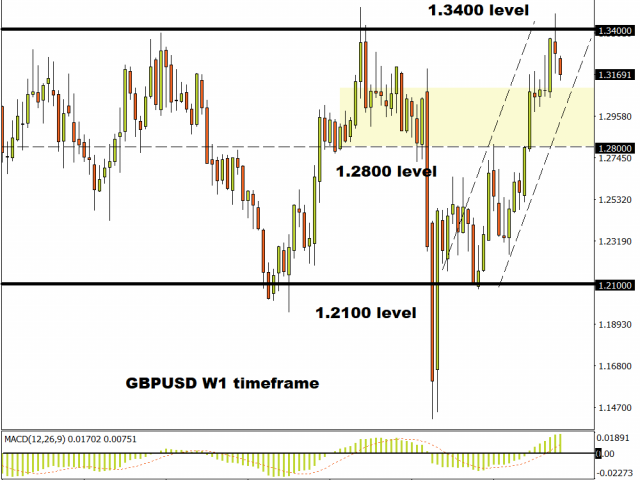 After today’s daily candle, bears may have enough momentum to drag the GBPUSD lower this week. Prices are trading marginally above the 20 Simple Moving Average as of writing but a break below this level could give the green light for further declines. Sustained weakness below 1.3300 may inject bears with enough confidence to make the move towards 1.3000. 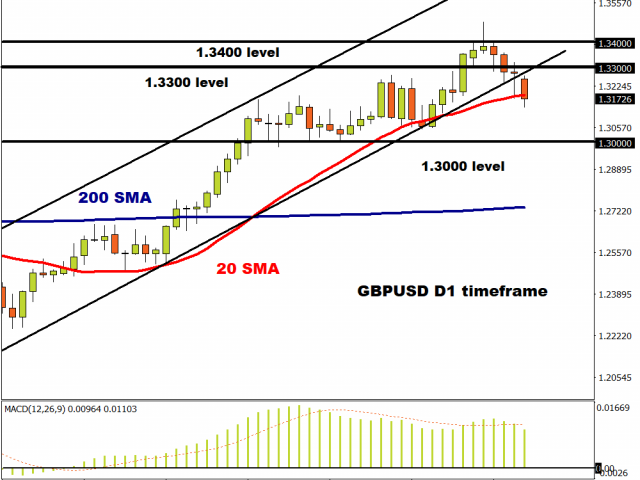