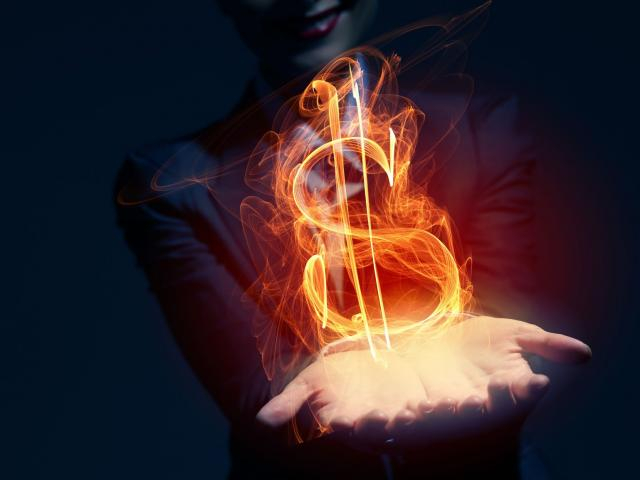 Asian stocks are extending the selloff in US markets, after US indices posted three consecutive days of declines. Just as Big Tech had led US indices higher, so too downwards.

The Nasdaq 100’s 4.77 percent drop on Tuesday officially brings the index into a technical correction, having tumbled by over 10 percent from its record high and now testing its 50-day moving average as a support level. 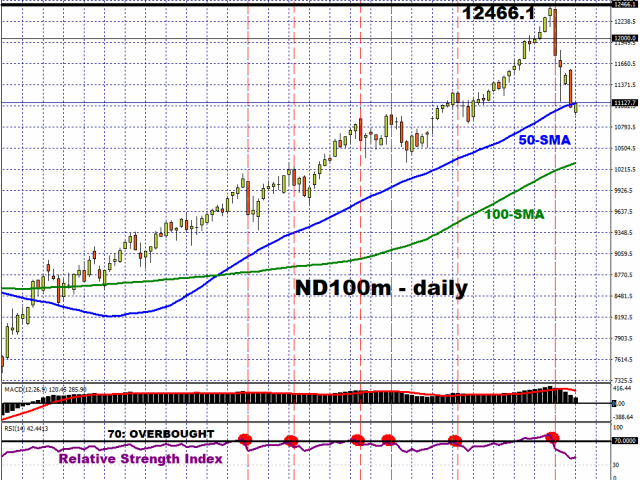 The worst of the selloff though may be over, with Nasdaq futures slightly higher at the time of writing. Also note that the VIX index, also known as the fear index, has come off the 3-month high it posted last week, though still relatively elevated above the 30 psychological level and higher than its long-term average of around 20.

Prior to the recent selloff, the Nasdaq 100 was coming off the back of its fastest run this century, having doubled in the space of 20 months and crossing above the 12,000 psychological level. Much had been made about valuations reaching nose-bleed heights and pricing in perfection, while the index’s 14-day relative strength index ventured seemingly without a care deep into overbought territory.

Investors are now being made to reckon with those warning signs, as Big Tech leads this recent selloff that has wiped out trillions in overall market value. Having basked in the market’s scorching run over the summer months, a period in which multiple asset classes including stocks, gold, and even oil posted double-digit gains, investors are perhaps bracing for the chilly months ahead.

After all, the global economy is still reeling from the effects of the pandemic, with a vaccine yet to be ready for mass roll-out. The delay in the next round of US fiscal stimulus is also testing investors’ patience, while the November US elections could inject even more doses of uncertainty into global markets.

Recent media reports about Softbank Group making massive bets on tech stocks via the options market added to the narrative that equities were being fuelled by speculation, and a lot less by fundamentals. There were enough signs that a healthy pullback to more sustainable levels for tech counters was in order.

Yet the fundamentals appear to point to a supportive environment for tech counters. The social-distancing measures around the world is set to leave societies ever more reliant on tech offerings, with their business models suited for such an environment. Markets are also awash with unprecedented fiscal and monetary stimulus, while near-zero US interest rates should buffer the appeal of equities.

For proper context, even after the startling decline, the Nasdaq remains 58 percent higher and the S&P 500 is still up by 49 percent from their March troughs, and the price-to-earnings ratios for these indices remain well above their respective long-term averages. Despite such indicators suggesting that there remains a fair bit of hot air that could yet be let out of the overly-inflated tech sector, investors may be faced with scarce alternatives in chasing returns.

Still, it remains to be seen how much of a drop would be enough to entice “real money” investors back into US equities. Perhaps long-term investors are just waiting for the dust to settle before buying the dip.