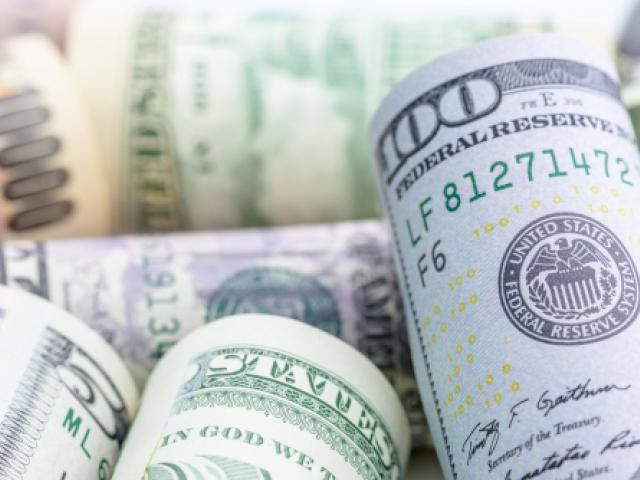 After being badly mistreated by G10, Asian and Emerging market currencies over the past few months, the Dollar has had enough.

The former king of the currency markets is on a mission to reclaim dominance, appreciating across the board after a sell-off in stock markets prompted investors to rush towards safe-haven destinations. Dollar bulls seem to be deriving strength from not only concerns over a possible delay in the Covid-19 vaccine but the recent U.S jobs report showing a decline in the U.S unemployment rate and jump in U.S Treasury yields. 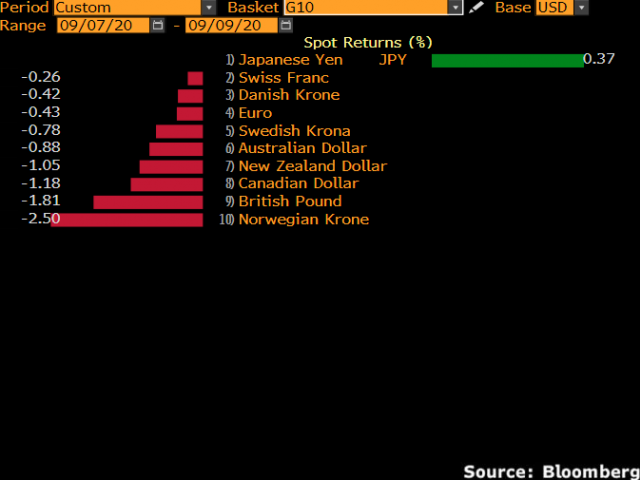 With the Dollar Index trading at levels not seen in four weeks around 93.60 and appreciating over 1.5% since the start of September, are bulls back in the game?

Looking at the technical picture, a rebound may be on the cards on the weekly timeframe following the solid move above 93.00. A weekly close beyond this point could suggest an incline towards 94.00 and 96.00 in the medium term.  If 94.00 proves to be reliable resistance, the DXY may find itself sinking back towards 93.00 and 91.15. 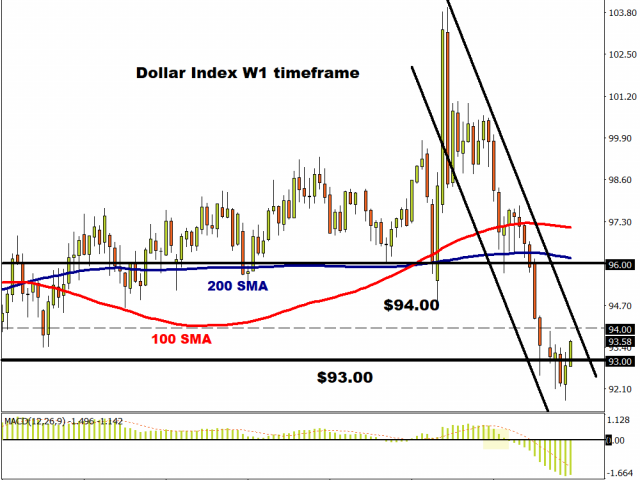 On the daily timeframe, prices remain in a wide range with support at 92.20 and resistance around 94.00. A daily close above 94.00 could inject bulls with enough inspiration to target 94.65 which then opens the doors towards 93.00 and beyond. 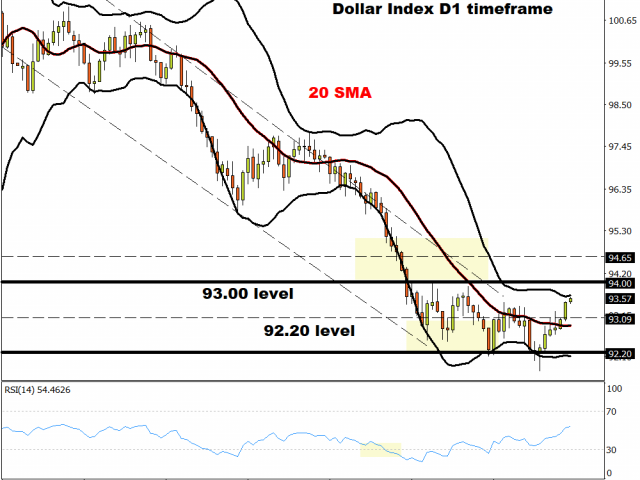 The question on the mind of many investors is whether the Dollar is able to maintain this current burst of confidence and majesty across the FX space. Although the currency is still considered as a safe-haven currency and the worlds reserve currency, it has weakened against every single G10 currency this quarter. 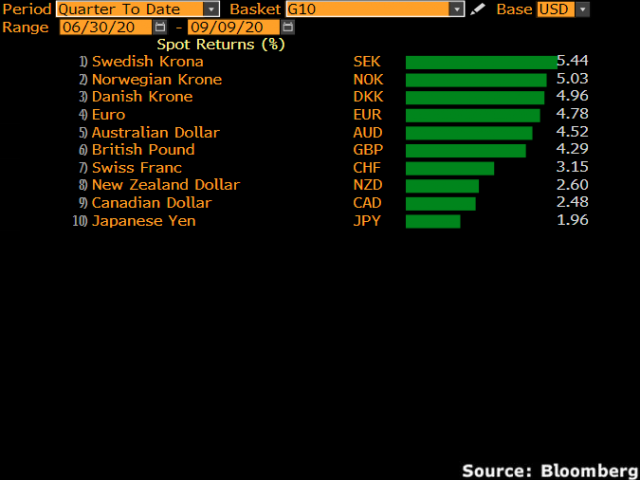 Negative themes in the form of rising coronavirus cases in the United States and political uncertainty ahead of Novembers presidential election may limit the Dollar’s upside gains. Given the fundamental forces influencing the Dollar’s longer-term outlook, prices still have the potential to decline with a move below 92.00 on the monthly timeframe acting as an early signal. 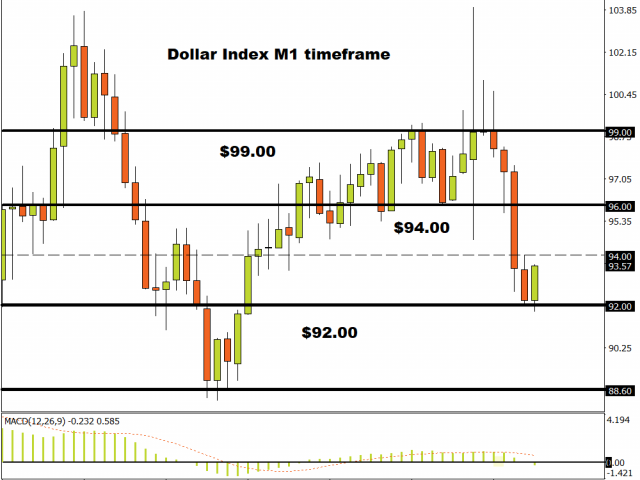 Pound gets no love as Brexit drama intensifies

Earlier in the week, we discussed the possibility of the Pound extending losses on Brexit related uncertainty and rising fears around the United Kingdom leaving the EU with no deal by the end of 2020.

Since then, it looks like nobody wants anything to do with the Pound which has tumbled across the board. 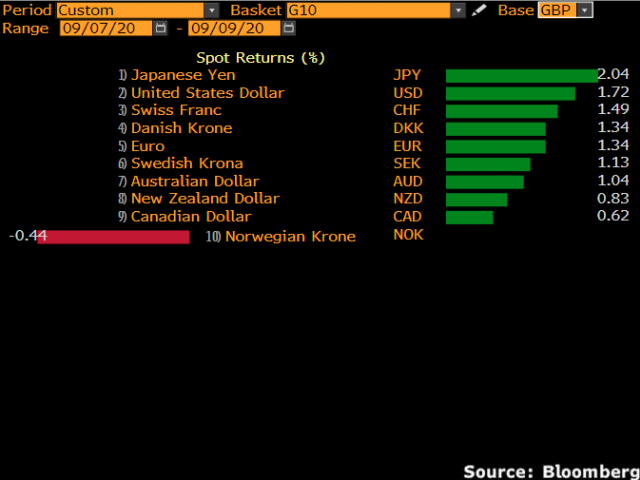 Buying sentiment towards the currency hit rock bottom after the government renewed the prospect of a no-deal Brexit, with Boris Johnson insisting Britain would “prosper mightily” with or without a deal.

Looking at the technicals, prices are heavily bearish on the daily charts with the first level of interest at 1.2900. Weakness below this level may trigger a decline towards 1.2730. 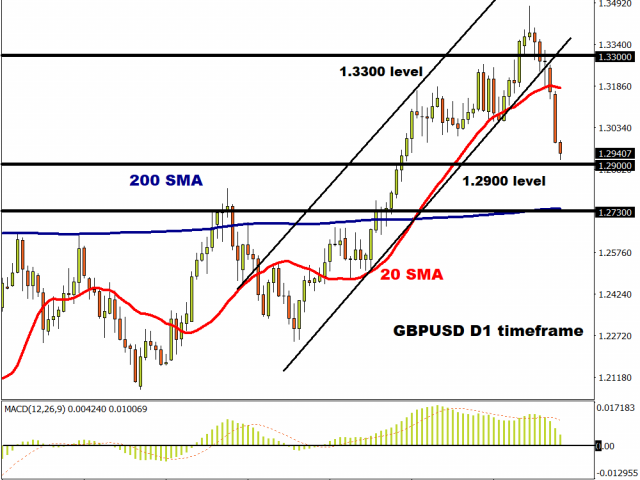