A calm after the storm 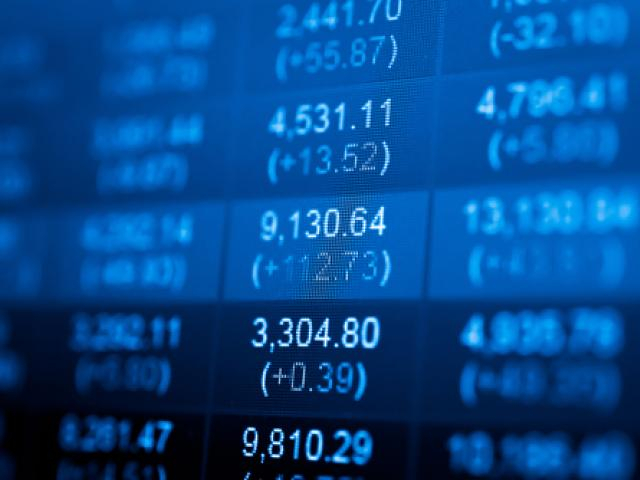 Stock markets have pushed higher today, as some relief from the heavy selling over the last few days gives way to bargain hunting. Wall Street has opened up positive after the worst sell-off for US tech stocks since March. The Nasdaq 100 has dipped into ‘correction’ territory, which is a peak-to-trough fall of 10% or more, so the question now is whether the index, and more specifically the tech mega-caps which form such a large share of it and the wider S&P500 as well, has now been rectified?

Notably, the resilient performance of European stocks and the muted reaction in the bond market may be a positive sign that the tech rout has not spread to other corners of the market. For King Dollar, the rally over the past few sessions has now slowed and the buck is mixed against its peers today, with AUD leading the comeback for higher beta currencies. GBP remains weak as markets get jittery over the UK Government’s breaking of international law which has seen cable sink below 1.30.

Oil has paused its sell-off today as Brent tumbled below $40/bb yesterday, its lowest level since June. The steep drop has come on the back of souring risk sentiment, the stronger USD and continued focus on OPEC tapering production cuts amid weak compliance to earlier agreed cuts. Doubt about the ‘V-shaped’ recovery also proliferate and the strength of the rebound in Asian demand.

Waiting for the ECB

EUR/USD has held up pretty well into this week’s stock market correction. This has been helped today by reports on the wires that the ECB may be more upbeat and show more confidence in its outlook. No policy changes are expected by President Lagarde tomorrow but her press conference – where she will most likely be asked about the surging euro – will present risks for EUR volatility.

After six straight days of declines, the single currency has stopped the rot and EUR/USD is being supported by the bullish trendline from May. First support comes in around 1.1750 before the 50-day MA at 1.1677. 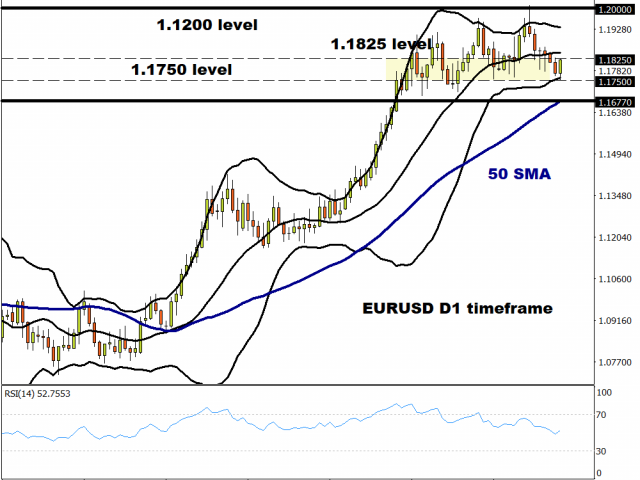 Not much to see at the Bank of Canada Meeting

Today’s BoC meeting is expected to be quiet with no major policy changes or new measures announced. There is also no press conference or MPR, although Governor Macklem does deliver one tomorrow with an economic progress report. Focus today will be on if the bank gives any clues as to any changes to its QE plan and how they characterise the recovery.

The Dollar rally has stalled after two tests of the 1.3255 area and prices in USD/CAD are pushing back towards the 1.3190/00 area. Seasonal trends point to a softer CAD which means minor dips may be well supported, especially if oil remains soft. 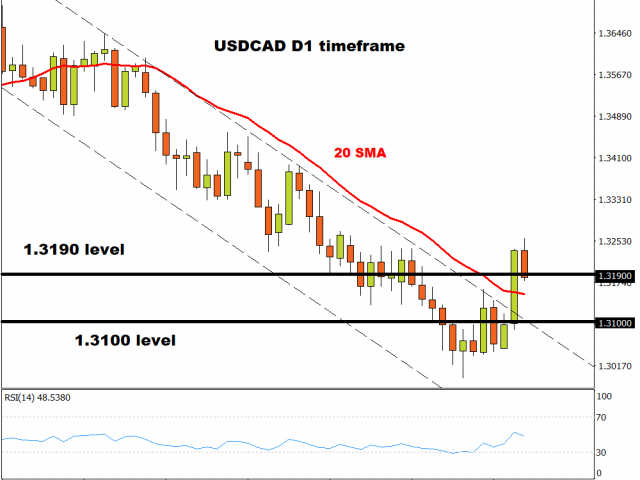